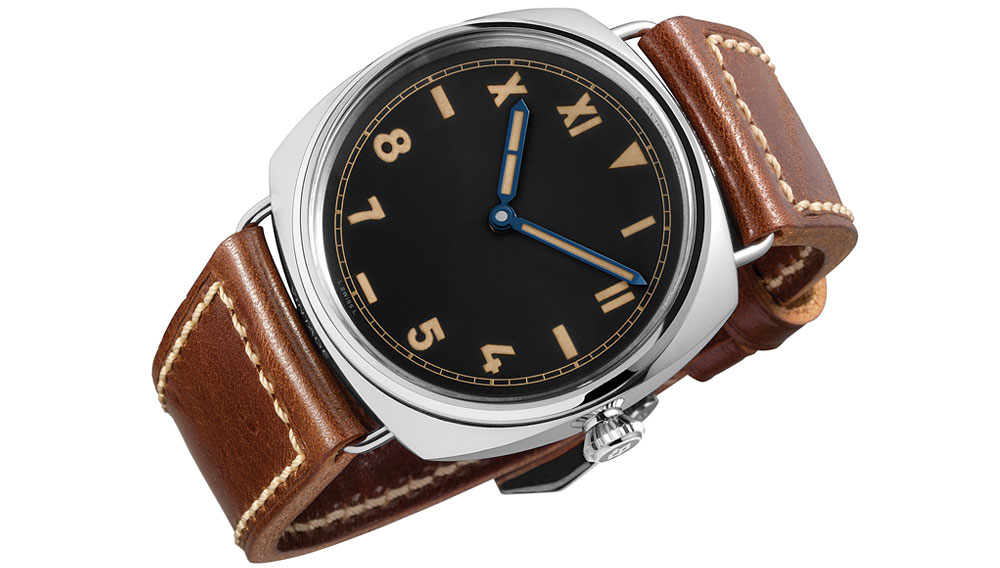 Part of the unique symbiotic relationship between Italian watchmaker Panerai and its base of obsessive collectors is a play upon the sometimes obscure details of its manufacturing history. Some of these details are more rumor than fact, and since the flood of Florence’s Arno river destroyed much of the company archives in 1966, many cannot be confirmed. Among these are the origins of the so-called California dial, an unusual half-Arabic, half-Roman layout without the brand markings. Collectors of the highly valuable vintage Panerais from the 1930s point to a reference 3646, examples of which have been found to possess the design. At least some of these dials are rumored to come from a California-based redialing outfit in the 1980s, which supposedly was refurbishing a few Panerais alongside Rolex bubblebacks. Panerai itself suggests that the design originally may have been used as a marking system from an old movement distributor that may also have been located in California. In the end, the truth may not matter as much as collectors’ appetites for the three re-creations that have been produced in recent years. The latest, like the PAM 448 ($9,100), offer mod cons such as a manufacture movement and a Plexiglas crystal to connect them to the past.