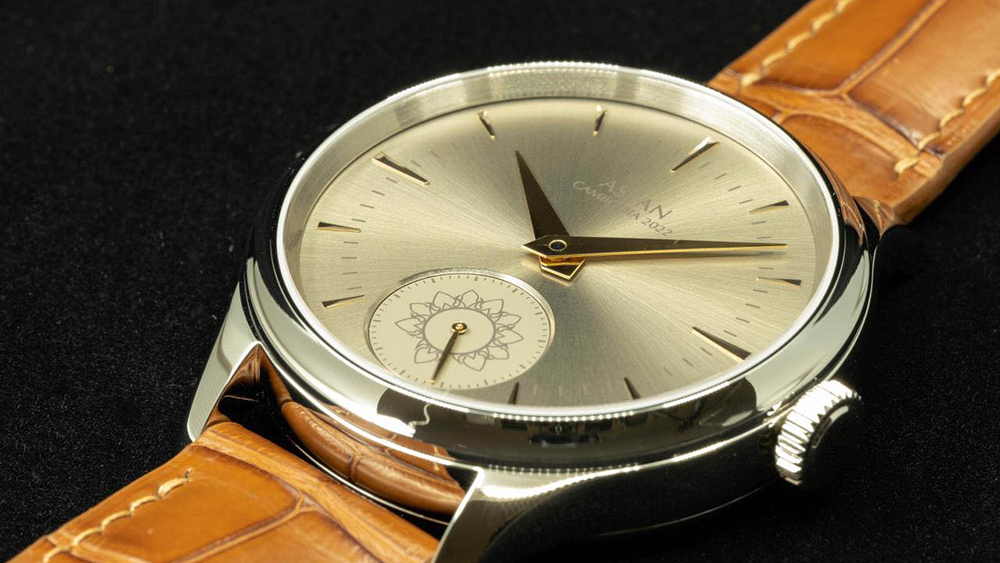 The Cambodian Prime Minister wants to ensure the world leaders he’s hosting this week have a really good time.

Hun Sen has decided to give luxurious, locally made timepieces to the attendees of the Association of Southeast Asian Nations (ASEAN) Summit. US President Joe Biden is among the leaders at the summit currently underway in the capital Phnom Penh, as reported by Reuters.

The move is not exactly out of character for the PM. Hun Sen, who has ruled Cambodia since 1985, has a reputation for collecting high-end wrist candy. In fact, he’s faced public scrutiny in recent years for sporting million-dollar watches by the likes of Patek Philippe and Richard Mille while much of the country struggles with poverty.

The limited edition he is gifting to world leaders does, at least, showcase the skill of Cambodia’s horologists. “These watches have been prepared and assembled by pure Cambodian technicians, which is part of scientific and technology and developments of Cambodia,” Hun Sen wrote on his official Facebook page.

The photos, which were also shared via Facebook, show the watch has a stylish gold dial with matching metallic hands and markers. The transparent caseback, meanwhile, showcases a tourbillon movement with 25 jewels.

The brown leather strap is emblazoned with the words “ASEAN Cambodia 2022” and “Made in Cambodia,” while the case is inscribed with the words “Limited Series 25 Pieces” and “Prince Horology.” The Cambodian watchmaker is part of the Prince Group owned by Chinese-Cambodian tycoon Chen Zhi, according to Reuters.

Although the cost of the watch has not been made public, tourbillons are synonymous with haute horlogerie. The sophisticated mechanisms require a high level of skill to execute and thus can push watches into six-figure territory. The prime minister’s office did not respond to Robb Report’s requests for further details on the watches.

Whether or not you agree world leaders should receive such a lavish souvenir, there’s no denying it’s one beautiful watch.