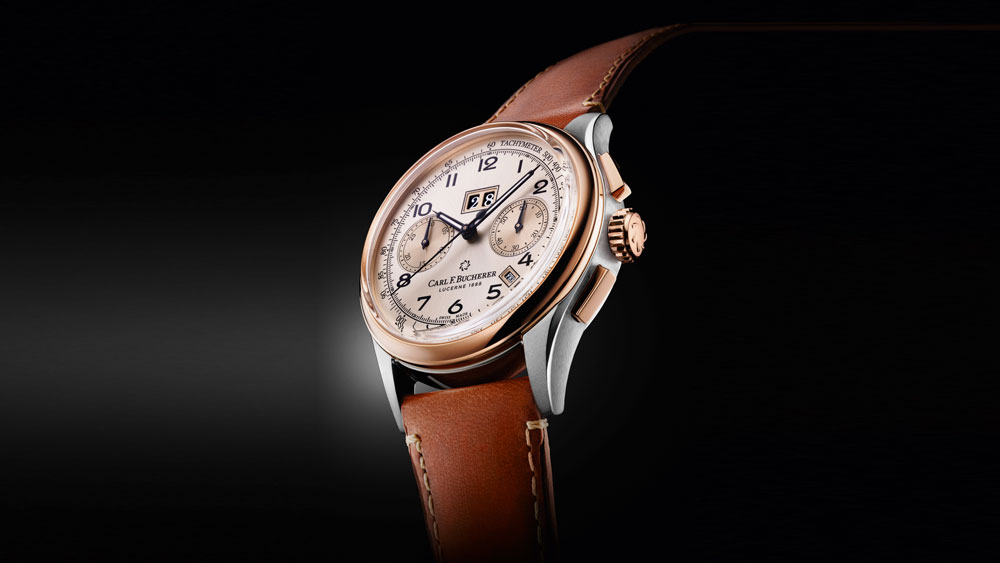 The 1950s are often looked upon as the golden age of mechanical watchmaking. Not only did the decade witness the birth of mid-century design, it marked the dawn of the sports watch era, two developments that have had far-reaching implications for the watch world.

So it should come as no surprise that Carl F. Bucherer has paid homage to the period in its new Heritage BiCompax Annual, a chronograph directly inspired by a 1956 model in the brand’s archives whose symmetrical BiCompax dial design, with two subdials flanking the longitudinal axis; tachymeter scale; and elongated chronograph push buttons served as a blueprint for the modern reinterpretation. 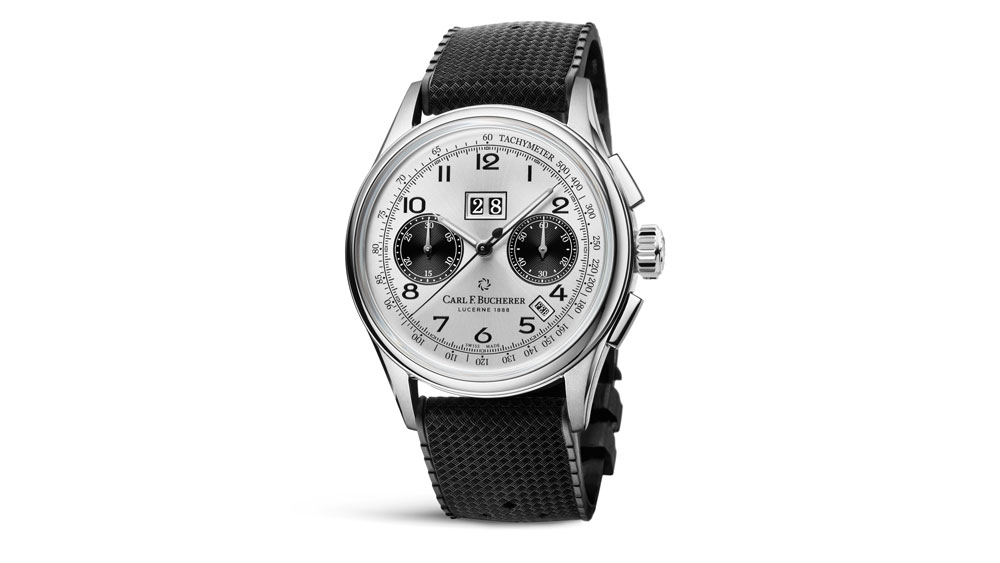 There are, however, some important differences. For starters, unlike the 34 mm case of the original, the 2019 version comes in a 41 mm case available in two versions: a stainless steel model with a silver dial and black totalizators on a structured rubber strap, and a two-tone model in stainless steel with a rose-and-champagne-hued dial and a bezel, push buttons, and crown crafted in 18k rose gold on a cognac-colored calfskin strap.

Each version is limited to 888 pieces, a reference to 1888, the year Carl F. Bucherer was founded in Lucerne, Switzerland.

Another key difference is found in the mechanism. The modern-day chronograph runs on the CFB 1972 caliber automatic movement, which has 42 hours of power reserve and also features an annual calendar function with a large date and month display.

The piece, which retails for $10,500 and is available now, belongs to the brand’s year-old Heritage collection.