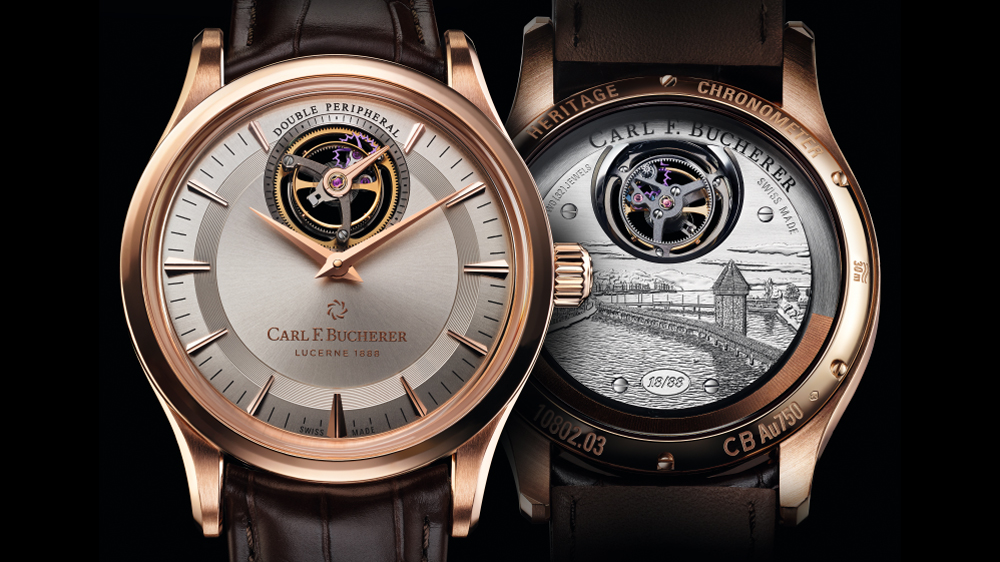 Earlier this year at the Baselworld watch fair in Switzerland, Carl F. Bucherer introduced a new tourbillon movement, the CFB T3000. It’s an impressive watchmaking feat, since it employs a peripherally mounted tourbillon cage that looks as though it is floating in the dial because it doesn’t need bridges for mounting. The Swiss watchmaker first started using an automatic peripheral winding system back in 2008, with its COSC-certified CFB A2000 movement, which has since been used by top tier watchmakers like Breguet and Jaeger-LeCoultre.

“We were the first company in the world to successfully produce this movement,” Carl F. Bucherer CEP Sascha Moeri told a crowd of journalists at New York’s 60 Thompson hotel this week. “There were other companies already working on this peripheral system, but nobody had successfully created it before.” Now the watchmaker is taking that technology and upping the ante by introducing the Heritage Tourbillon Double Peripheral Limited-Edition—a watch that employs its peripherally mounted tourbillon, while playing up the company’s history with a caseback featuring a hand-engraving of the city of Lucerne and its landmark Chapel Bridge. 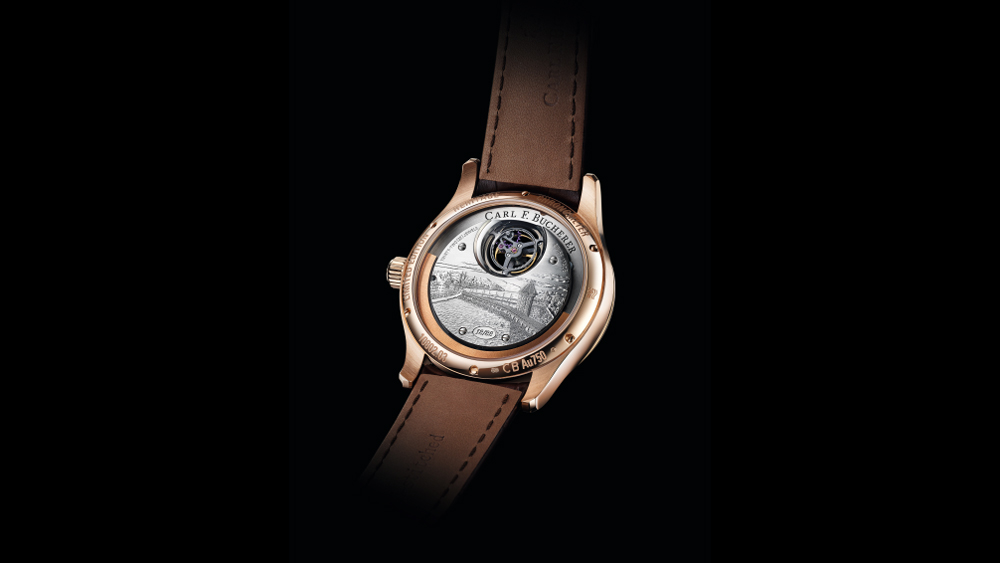 The engraving, which takes from two to four weeks to complete on each timepiece, also comes with a very special rendering only visible with a magnifying loupe. The timepieces are each decorated with a miniature swan that swims in the lake beneath the bridge. What makes the engraving special is the position of the swan in the lake. Each client’s swan will swim in a different part of the lake to distinguish the watches. Since there will be just 88 pieces, that means there are 88 subtly different swans. The number is a tribute to the company, which was founded by Bucherer in 1888 in Lucerne. And like it or not, the price is too. Each timepiece will retail for $88,888. 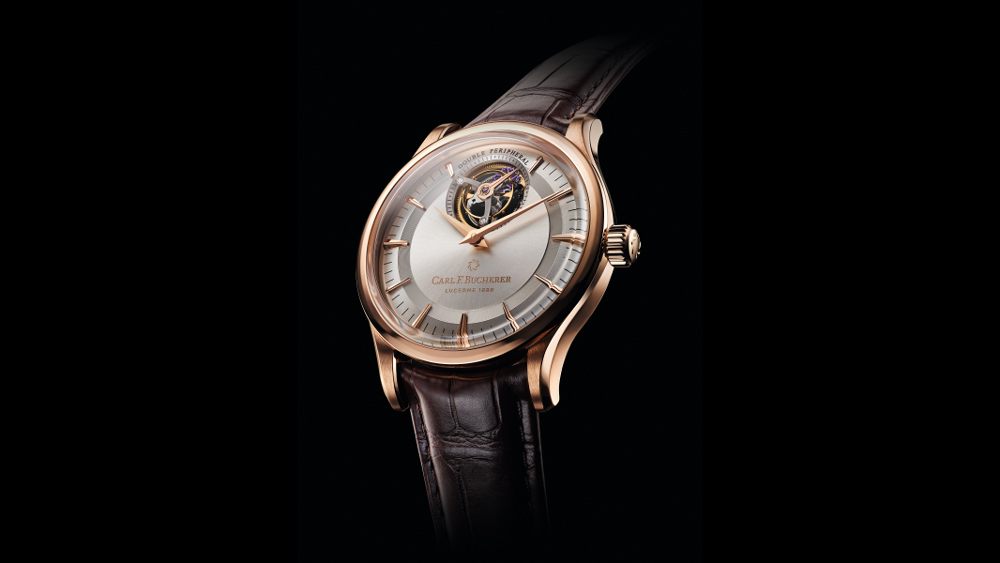 The timepiece is the first introduction in what Moeri says will be future releases of limited-edition watches that play up the brand’s history. And while the watchmaker has plans to up its production to 30,000 pieces next year, the goal is to remain exclusive and the brand is banking on these special introductions in small quantities to be a draw for collectors. “Every year, from now on, we want to do a very limited, very exclusive, vintage heritage edition,” says Moeri.

Watch companies have, for some time, been introducing unique limited-edition models, based on heritage timepieces, in small quantities to control supply and increase interest. And if Rolex’s Pepsi GMT Master II release this year is any indication, it’s working. While that timepiece is certainly its own case, and was not technically a limited-edition, Rolex chose to release the timepiece, based on its early Pan-Am watch that could tell time in two time zones for the first transatlantic pilots, in smaller quantities and it caused a frenzy. The watch which retailed for $9,200 now commands figures up to $22,000. Anyone trying to get one on their wrist is immediately relegated to a multi-year waiting list.

While it’s nearly impossible to compete with the kind of consumer mania that brands as big as Rolex can command, there’s no doubt that other brands can and are capitalizing on limited-edition heritage timepieces with success. Carl F. Bucherer’s contribution to the game not only boasts recent mechanical innovations, but also age-old artisanal craftsmanship that discerning collectors will no doubt, appreciate.