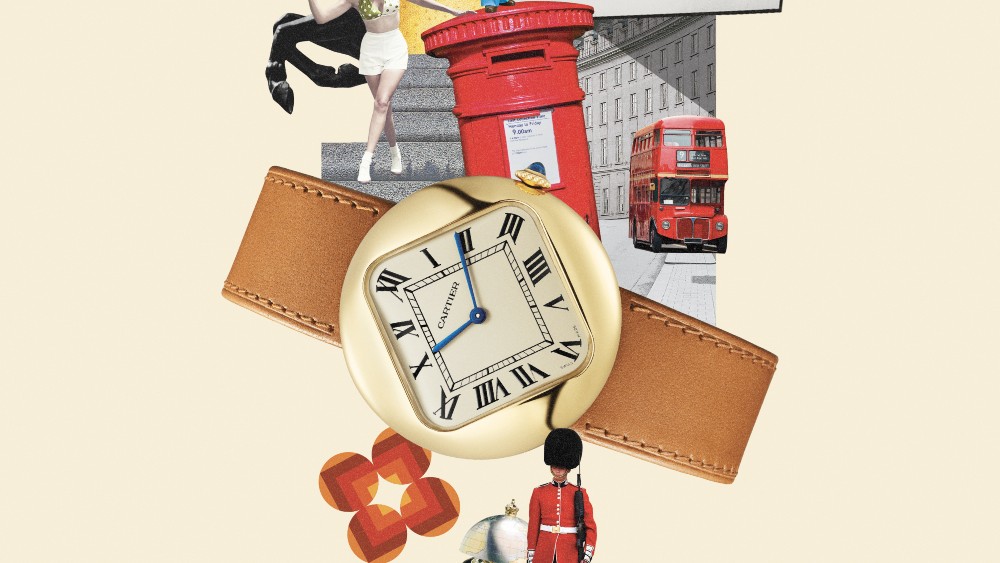 The Cartier Pebble is an extremely rare watch. So rare, in fact, you may be unfamiliar with it. The design emerged from Cartier’s London-based workshop in the early 1970s on the coat tails of models such as the Crash in 1967, the Maxi Oval in 1969 and the Double Strap in 1970. The Pebble, or “Baseball” as it’s sometimes called in the US, has a charming Swinging ’60s aesthetic and juxtaposes a square- or diamond-shaped dial with a round case. The design captures the pure lines, precise shapes and harmonious proportions that are distinctly Cartier while being entirely one of a kind.

The first Pebble officially hit the market in 1972, and only six examples of the larger 35.4 mm variation are known to have been produced (five in yellow gold with cream dials and one in white gold with a black dial). Just in time for the model’s 50th anniversary, Cartier announced it will be re-introducing a new Pebble this November.

The modern iteration, which will be limited to 150 examples, looks quite similar, as you’d hope, to the original. Sporting a classic leather strap, the newcomer features a 36 mm 18-karat yellow-gold case and an eggshell dial with signature Roman numeral indices and blue sword-shaped hands. In addition, you’ll notice a couple of minor dial modifications, like the inclusion of Cartier’s “secret signature” at seven o’clock and the house’s modern logo at 12 o’clock. The watch’s one key upgrade is in the form of Cartier’s ultra-thin, manual Caliber 430MC movement in place of the original manual mechanism by Jaeger-LeCoultre.

Cartier’s Pebble rose to prominence last year when an original example from 1972 sold at a Phillips auction for roughly $405,000. A month later, a second even rarer “Turtle” variation from 1975 sold at Bonhams for around $254,000. Cartier took notice of the model’s enduring appeal, and, now, 150 lucky collectors have a chance to snag the individually numbered reissue. The Pebble 2.0 will set you back approximately $44,700.