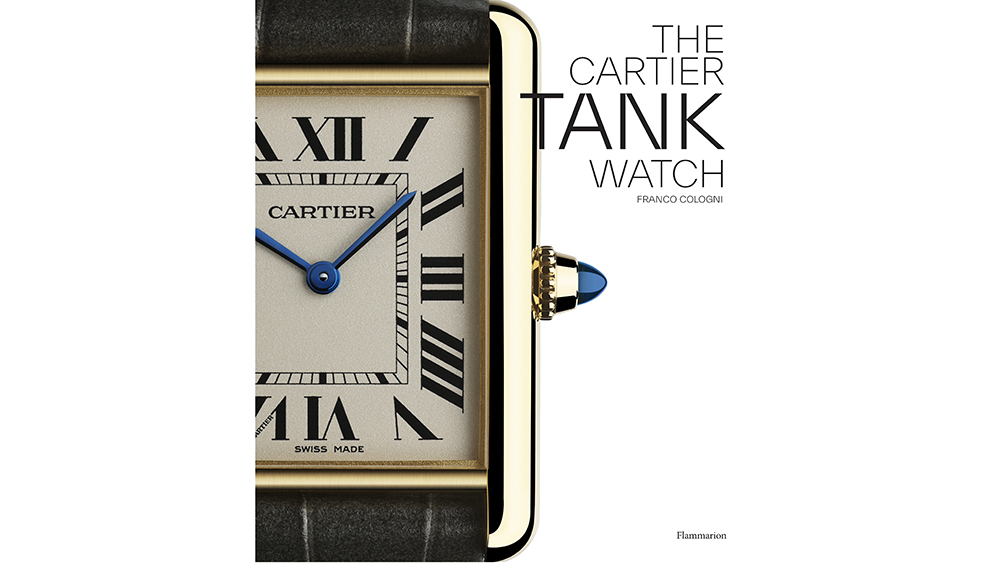 The enduring appeal of the Cartier Tank is such that there are monographs consistently dedicated to the classic timepiece. The latest is a fully revised collectible edition of The Cartier Tank Watch by Franco Cologni.

The new coffee table book builds upon the first edition that was published by Flammarion in 1998. Set to be released in February 2023, the fourth edition charts the evolution of the Tank over the past century with previously unpublished photos, extensive archival documents and a new chapter covering modern models released after 2017.

Considered a true icon of contemporary watchmaking, the Tank was unveiled by Louis Cartier in 1917. The refined design was characterized by a geometric dial that was reportedly inspired by the military tanks of the era. Like a vehicle, this striking silhouette carved a path through the traditional round cases.

Over the past hundred years, the watch has been reinterpreted in multiple variations for both men and women, from the Cintrée to the Chinoise and the Américaine to the Française. Thankfully, the modern designs remain faithful to the spirit of the original, with elongated rectangular dials and classic Roman numerals.

The 232-page hardback explores all the most significant Tanks and their respective technical characteristics. It also presents portraits of famous collectors who have donned the timeless timepiece: Think Muhammad Ali, Jackie Kennedy, Brigitte Bardot, Andy Warhol, Yves Saint Laurent, Princess Diana and Michelle Obama, to name but a few.

“It is a beautiful book of art that is designed and produced to bring the reader delight—certainly not destined to gather dust on a coffee table or nightstand,” Franco Cologni said in a statement.

Cologni has notched up 50 years in the luxury industry. He is president of the eponymous Fondazione Cologni dei Mestieri d’Arte and cofounder of the Michelangelo Foundation for Creativity and Craftsmanship. He has also penned numerous books on watchmaking and jewelry, including forwards in The Mastery of Time and The Beauty of Time.

The best part? The Cartier Tank Watch by Franco Cologni will set you back just $85 (£65).