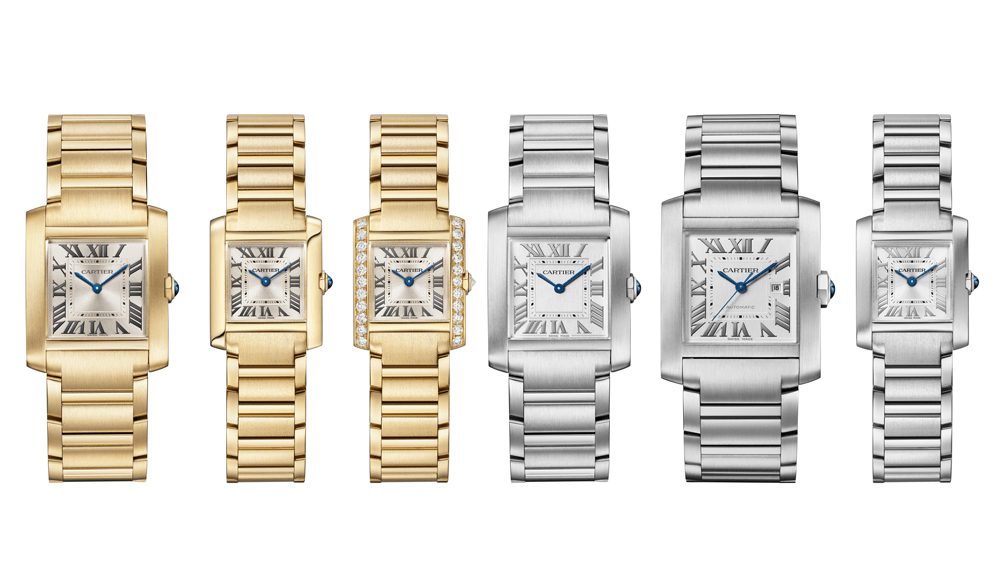 The Cartier Tank Française has had some work done, but its allure remains undiminished.

The blockbuster launch of the original Tank Française in 1996 was a glamorous affair in Geneva, with John F. Kennedy Jr. and his wife Caroline Bessette attending as special guests at a gala dinner. The watch was a hit, and there was talk of wait lists, something unheard of back then in the lingering age of mass-produced quartz watches.

The 2023 version of the Tank Française is debuting in equally glamorous style, with a short film starring Catherine Deneuve (to whom Cartier charmingly refers as “a heroine of the passing of time”) and Rami Malek, directed by Guy Ritchie. The film is a tribute to cinema and the idea of creative freedom, and it’s set in Paris. Cartier describes it thus: “It is a story of chance and the funny tricks that fate plays on you; the story of a karmic bond that seems to exist between certain people. On one side, Rami Malek, on the other, Catherine Deneuve. They cross paths over the Alexandre III bridge in several time periods, bemused accomplices.” It features clips that show Deneuve in her various leading roles, including those in Umbrellas of Cherbourg and Indochine to Place Vendôme. The two stars together represent the combined virtues of the original classic legend and the new talent: an analogy for the new Tank Française.

The new model is the result of more of a tweak than a redesign. It remains an elegant variation of the manchette style, with integrated rectangular cases and seamless bracelets, that was hugely popular in the 1990s (the same era that gave birth to the Patek Philippe Twenty-4 and a similar version of the Piaget Polo and the Ebel Beluga, one of the top-selling watches of the time). The Tank Française was distinctive because the case was slightly wider than the bracelet due to the addition of beveled brancards bumped out on either side. The Roman numerals and railway chapter ring made it classically Cartier, and it appealed to both men and women (Cartier being the master of the unisex watch.)

On the new model, the bracelet is refined to make it more seamless and less gappy, with a single solid link at the case rather than a two-part component where it attaches to the bracelet. The outer links are closer together, and the brancards framing the case are slightly bigger and set with diamonds. Cartier also added the flourish of a satin finish and a sunray dial, along with a new large size. The Tank Française is now available in three sizes: (27.5 mm, 32 mm and 36.7 mm), in stainless steel or yellow gold, with or without diamonds. Prices range from $3,550 in the small size in steel without diamonds, to $29,500 for a gold model with diamonds.