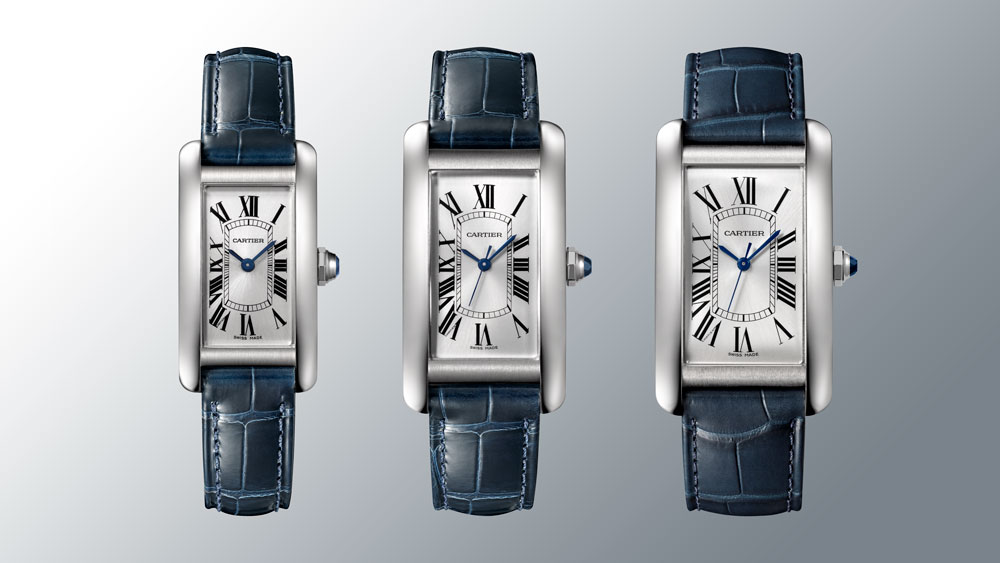 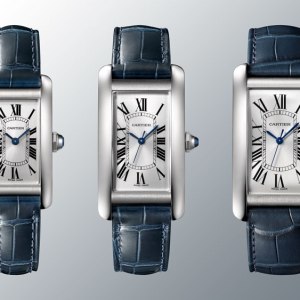 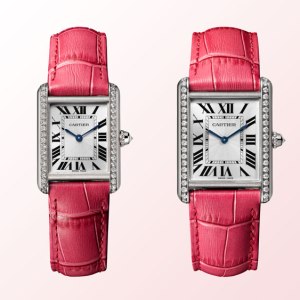 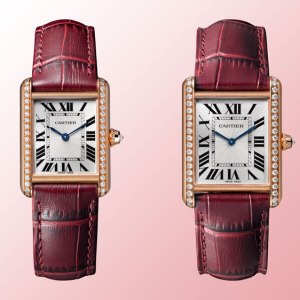 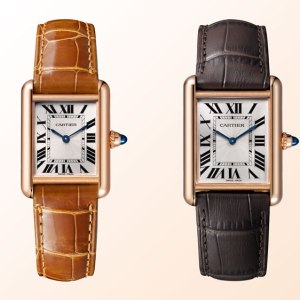 This year, Cartier celebrates 100 years of the Tank. Still fine, ever popular, available in numerous iterations, and enjoyed by men and women alike, the Tank is a case study not only for how a moment in time can be captured by a watch, but also for how the echoes of its design can reverberate long into the future.

The roots of the Tank, much like the modern wristwatch, grew from seeds of creativity that endured the battlefields of the First World War. Indeed, even after such turmoil, there exists an ineffable quality of creation that so resonates that a product can become iconic. The Cartier Tank is such a creation.

But the Tank was not the first wristwatch produced by Cartier’s jewelry house. While there have been claims that the first wristwatch was actually a pocket watch made by Cartier and strapped to the wrist of Alberto Santos-Dumont, this has not been definitively verified. There are other claims for Patek Phillipe and Breguet pocket watches being wrist-bound as far back as 1868 and 1810, respectively. Nevertheless, it was the friendship between Louis Cartier and Brazilian pilot Santos-Dumont that led to the creation of their first production wristwatch, the Santos, in 1904.

The first Tank model, the Normale, was actually produced in 1919, despite the 100th anniversary being celebrated this year. However, its introduction to the market took place in 1918, and Cartier claims that the very first model was designed in 1917.

A progressive industrialist and child of Modernity, Cartier was riding a wave of success after the release of the Santos model. Within a decade, the world was consumed by the Great War, but this did not halt the march of progress. In fact, with some of the greatest minds of the West pooled into military development, it was not long before Cartier found an unlikely muse.

In late 1915, the British military brought to bear a top-secret armored vehicle, deliberately and ambiguously described during development as a “tank” so as to camouflage it in plain sight amongst industrial water or benzene tanks. By 1916, the British military tank was on the battlefield. A year later, the French firm Renault defeated its earlier—but problematic—competition with the FT-17 lightweight tank. The FT-17 was a tiny thing, but unlike the British tanks, it featured a rotating gun turret that has since become an iconic feature of these beastly vehicles.

At this stage in the story, history gives way to legend. It is claimed that Cartier was captivated by these machines and that the Tank’s design features were derived from the aerial schematic of a military tank. Apparently, the watch was developed with such an emphasis on this military link that the prototype was delivered in 1918 to none other than General John Pershing of the United States Army. This has not been definitively authenticated, and it is even quite possible that Cartier was not privy to the aerial view or schematic of an FT-17—surely not with enough time to develop the watch. Arguably, it is the rhomboid profile of the tank, not its view from above, that will have made the largest impression on consumers of news media and propaganda; it was certainly well-known and celebrated as a weapon that would strike fear into the enemy.

Nevertheless, there can be little doubt that the Tank was influenced by this military design and era. At the very least, its strong and deliberate dimensions were an evolution of the Santos and an assertion of masculinity over a horological style that was previously only adopted by women. Early military wristwatches were little more than pocket-watch cases with wire lugs attached to straps. This was something entirely new and entirely focused on the wrist. Like a tank, this was a design that carved a path through the traditional round case and crushed the traditional lug.

The Tank Normale has almost square proportions and is less elongated than most modern Tanks. Strong, thick flanks extend into integrated lugs, and two thick crossbars connect these flanks and square off the white dial and black printed chapter ring. Thick, italicized radial Roman numerals are indicated by blued Breguet hands that play off the tone of the sapphire cabochon embedded within the crown. With such strong design language, it’s little surprise that the Tank still speaks to collectors today.

What made the Tank tick? Beyond external design, this is where the Tank and the house of Cartier owe much to their lasting success. The movement was made by LeCoultre & Cie and sold via an exclusivity contract between Edmond Jaeger and Cartier. Jaeger and LeCoultre would later formally merge into Jaeger-LeCoultre and throughout the proceeding years successfully work with Cartier to produce its own line of equally iconic rectangular wristwatches in 1931: the Reverso.

One hundred years have passed since the FT-17 roamed the battlefields of the Great War and the concept of the Cartier Tank—if not the Tank itself—was born. There is no other wristwatch today that can simultaneously celebrate a centenary and continue to sell the model to the retail market. This simple fact stands as a testament to the importance of the watch and its enduring design.