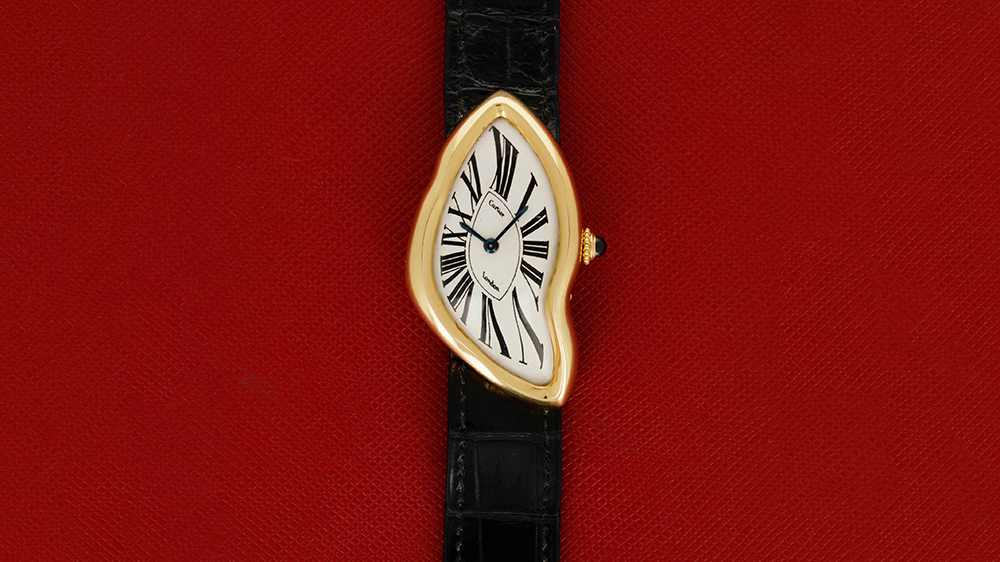 A 1967 Cartier London Crash just sold for $1.5 million, almost double its high estimate and a new world record. The 18-karat yellow-gold timepiece is one of the earliest editions to have come to auction, according to Loupe This, the relatively new online auction house that led the sale.

“The Crash has a reputation as a sought-after watch that isn’t released by Cartier very often,” Eric Ku, a co-founder of Loupe This, wrote about the watch. “With its mysterious origin story and extreme rarity, it has quickly become every Cartier connoisseur’s favorite timepiece to fawn over.”

Despite its shape, the Cartier London Crash sits comfortably on the wrist.  Loupe This

The model was created by Jean-Jacques Cartier, the then-head of Cartier London, and the designer Rupert Emmerson in the mid-’60s. Cartier, the person, had decided that the London store should make its own watches, and the city’s editions of the Crash have now become some of the most coveted since the watch was first produced there.

For the Crash, the two men took inspiration from the time period’s surrealist craze, and the timepiece recalls Dalí’s 1931 painting The Persistence of Memory.

A peek inside the watch  Loupe This

The version of the London Crash that sold on Wednesday has some slight wear but was described as being in excellent original condition, which likely contributed to its record-breaking selling price. The previous record was held by a 1970 Crash that hammered down for almost $885,000 at Sotheby’s Geneva last year.

For a watch whose starting bid was a mere $50, we’d say this ’67 London Crash hasn’t done too bad.