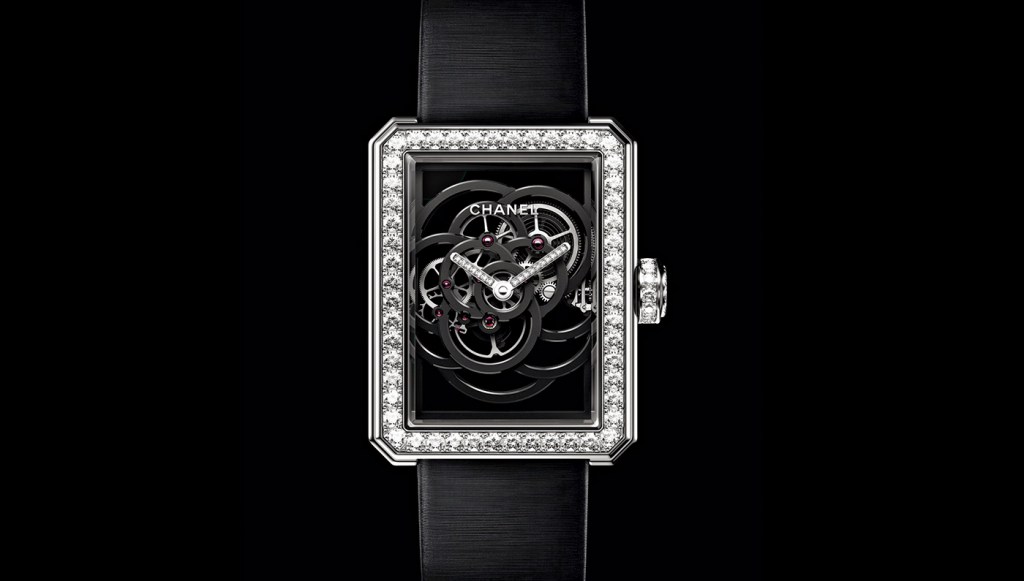 At a glance, the Chanel Première Camélia Skeleton (chanel.com)—the new women’s watch equipped with what is only the brand’s second in-house movement, and its first for a women’s model—might seem to be simply a beautifully executed skeleton timepiece that is very much in keeping with other popular modern examples. Further inspection, however, reveals that the Camélia Skeleton ($118,800 with round diamonds) is a much more involved and impressive creation.

“In fact, we had to work in the opposite way from the way you develop a normal movement,” explains Nicolas Beau, Chanel’s international watch director. “We started with the bridges shaped like a camellia flower. From there, we asked the movement constructors to fit the components into the petals of the flower.”

Framing each component—including the barrel, the balance, and each wheel of the gear train—within such an artistic form is a demanding task that requires almost every component of the movement to be redesigned to fit the watch’s overall concept. No doubt, wearers will appreciate its artful complexity. “This is where I think women are more sensitive,” says Beau. “They see that the movement is really integrated into the watch, as well as the beauty of the entire piece.”