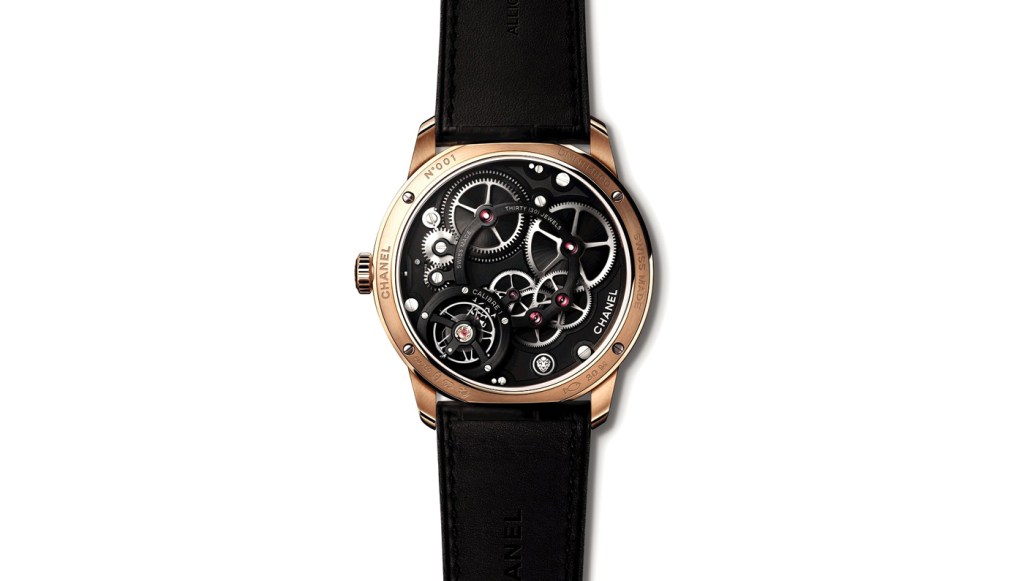 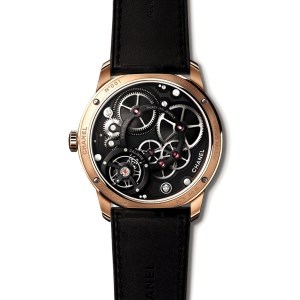 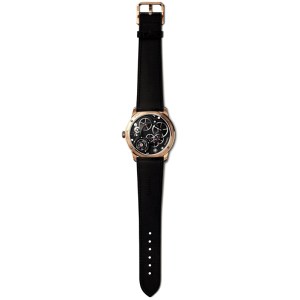 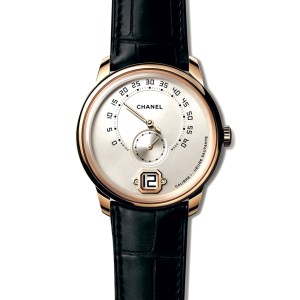 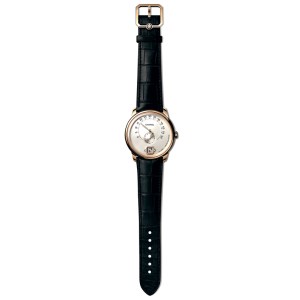 Chanel debuts its movement-making capability with a creative foray into men’s timepieces.

First and foremost, we wanted to design a beautiful movement and give some style to it,” says Nicolas Beau, international watch director at Chanel. “Romain Gauthier was the perfect guy to do it.” For the construction of its first mechanical watch movement, Chanel’s selection of the independent specialist as a partner came as little surprise. Gauthier, who builds a small line of complicated timepieces under his own name, is one of the most respected experts in computer-numerical-control fabrication in the industry.

Still, the movement itself—a highly stylized arrangement of wheels and circular bridges driving a jumping-hour/retrograde-minutes display—is very surprising for a first-time effort. Caliber 1 will be available only in a single, limited-production watch made exclusively for men—hardly Chanel’s customary audience.

Beau met Gauthier at the Baselworld watch show 5 years ago and was immediately impressed. Chanel made a covert minority-stake investment in Gauthier’s operation, and the two companies began a period of ongoing collaboration, with design coming from Chanel’s Châtelain facility in La Chaux-de-Fonds and component production at Romain Gauthier’s Vallée de Joux workshop.

The Monsieur Chanel watch ($34,500–$36,000, chanel.com) combines jumping hours and retrograde minutes in an original movement, with the gear train arranged in a circle and circular bridges in multiple tones highlighting the shapes of the wheels themselves. While the elaborate design and engineering seem considerable for a men’s watch with a limited production of just 300 pieces per year, Beau’s plans are even more aggressive: A new movement is planned annually for the next 4 years, with an edition for women debuting next year.