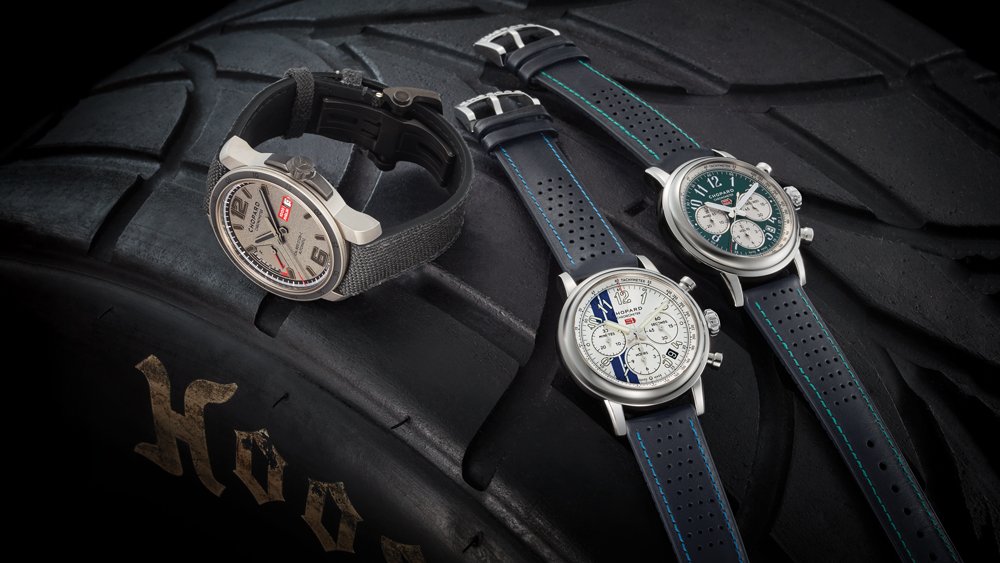 Listening to Chopard copresident Karl-Friedrich Scheufele describe the company’s 30-year relationship with Italy’s beloved Mille Miglia race, it’s immediately apparent that this is no mere corporate partnership. For Scheufele it has been a very personal journey, one that mirrors his own quiet persistence as a watch manufacturer. In fact, it may be this personal connection that continues to give Chopard’s Mille Miglia watches relevance and authenticity when other automotive partnerships in watchmaking elicit mere shrugs from enthusiasts.

Scheufele, who inherited the racing bug from his father, was a young spectator at the Mille Miglia, and he vowed to find a way to participate. The rally—which ran from 1927 to 1957—had been revived in 1977 as a historic reenactment restricted to cars made during its original 30-year period.

By 1988, Scheufele had found the right car, a 1955 Mercedes-Benz 300 SL Gullwing, and was ready to compete, bringing not only Chopard’s sponsorship but also six-time 24 Hours of Le Mans winner Jacky Ickx as his codriver. He has vied in 30 contests since then.

“The Mille Miglia is a moving museum through an incredible landscape with spectators who are really enthusiastic and participants who are also completely crazy and passionate,” Scheufele says.

That passion helps explain why Chopard, as the sponsor and official timekeeper, has done more than lend its name and money to the event. The Mille Miglia pieces are now by far its most widely recognized men’s watches. But prior to 1997 they were strictly limited to competitors (except 1989 and 1992, when the company instead produced a commemorative key ring and cufflinks, respectively). They have also evolved with the times.

“It was a rather small-size quartz chronograph, because that was still in fashion,” Scheufele says of the 37 mm 1988 edition, whose chief distinguishing feature was a bold red arrow engraved on the dial and steel bezel. For nearly a decade following, Chopard continued to produce quartz timepieces; it was only in 1997, a year after the brand established its own manufacture in Fleurier, that it released the first mechanical chronograph in the collection.

“The real breakthrough happened in ’98, when we introduced a bracelet reminiscent of Dunlop racing tires from the ’60s,” Scheufele says. “It’s a rubber bracelet with the tire tread, and we’ve been using it ever since. That’s when we really started to reflect vintage car design.”

The 30th-anniversary Mille Miglia Race Edition, introduced earlier this year, is faithful to that commitment. “This shape and this finish are the perfect expression of what the Mille Miglia is all about,” Scheufele says of the 42 mm chronograph, which features knurled pushers, an anthracite guilloche dial inspired by classic dashboards, and a rubber-lined leather strap. “I think we could call ourselves a pioneer in that field.”