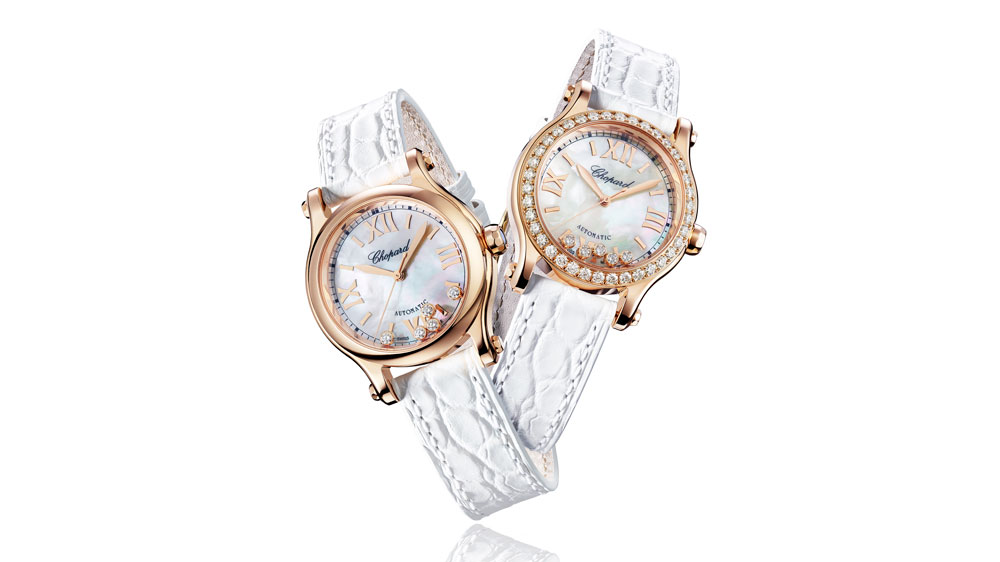 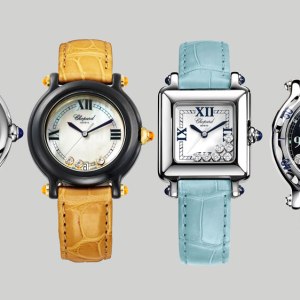 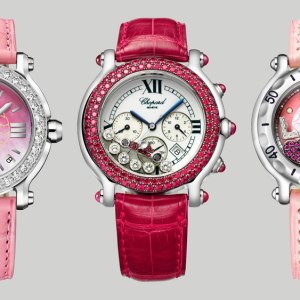 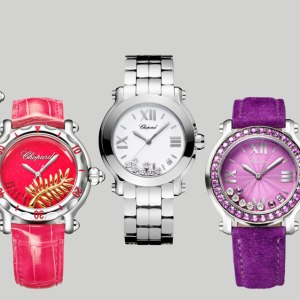 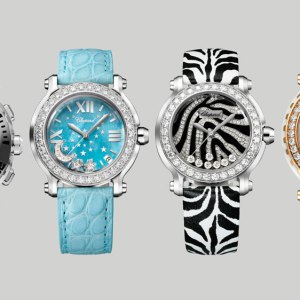 Chopard celebrates the 25th anniversary of its Happy Sport watch collection this year by endowing it with a new in-house automatic movement. But the Happy Diamonds concept has actually been around longer than 25 years. It was 1976 when Chopard designer Ronald Kurowski experienced a moment of inspiration when he came upon a waterfall during a walk in Germany’s Black Forest. Mesmerized by the light reflecting off the droplets shooting out from the waterfall, he wanted to find a way to reproduce the effect in jewelry. He wanted the diamonds to move in order to catch the light, so he set them in gold bezels and placed them between two sapphire crystals where they could move freely.

The original design was a men’s watch, but Chopard eventually translated the concept into jewelry. Countless quirky creations ensued—many of them designed by Chopard copresident Caroline Scheufele—including pendants shaped like clowns and heart-shaped rings, all with crystal panels containing the floating diamonds.

In 1993, Scheufele took the concept back to its origins with the Happy Sport watch, this time for women. The collection has since spawned many spirited iterations—including Happy Fish and Happy Beach—with diamond-set flip-flops or gem-set clown fish spinning gaily between the crystals.

The 25th-anniversary model contains the new in-house automatic Caliber 09.01-C, which will be used in other watches going forward. It is visible through the sapphire crystal on the caseback (which makes three sapphire crystals in one watch). The style is classic, with dials made of mother-of-pearl that is naturally textured in wave-like rivets. The four models come in steel or 18-karat gold with pink or blue mother-of-pearl dials and blue, pink, or white alligator straps. Five bezel-set diamonds dance between the crystals. The timepieces are priced between $7,790 for two-tone with no diamonds to $19,900 for gold with a diamond-set bezel.