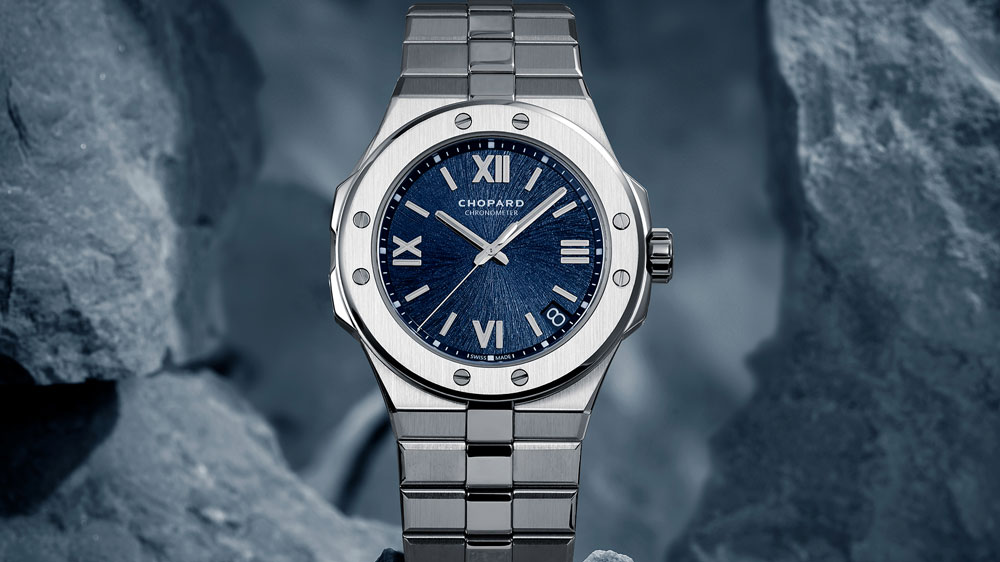 When Karl-Friedrich Scheufele was 22 and working for his father Karl Sheufele III’s company—Chopard—he had a brainstorm. Chopard was known for making beautiful classic jewelry and watches, in gold; Karl-Friedrich liked to ski and wanted a watch he could wear while gliding down the slopes. “I needed a watch in steel, not gold,” he told his father. “An affordable watch, and it has to be a sports watch.” The resulting St. Moritz watch, launched in 1980, was a big success; 50,000 were sold before the watch was retired some 20 years ago.

Fast forward a few decades. Karl-Friedrich’s son, Karl-Fritz, then 17, spotted the vintage timepiece during a visit at Chopard headquarters, now run by his father and his aunt, Caroline. “I stopped by my father’s’ office and he had a St. Moritz on a table.  I asked him ‘is that something new?’” When his father explained what it was, and that its time had passed, Karl-Fritz disagreed. “If we freshen it up it would be perfect for today.” Dad wasn’t convinced, but his grandfather and aunt were. Secretly, behind Karl-Friedrich’s back, they worked for four years to create a prototype. In the end, “my father couldn’t say no.”

The new rendition is called the Alpine Eagle, and to drive the name home the watch was launched on a mountainside outside Gstaad. Karl-Friedrich strapped a leather gauntlet on his arm, stretched his arm out straight, and buckled slightly under the weight of a white-tailed eagle that had flown in for a smooth landing.

As part of the launch, Chopard is supporting a new foundation, Eagle Wing, developed to preserve the increasingly fragile Alpine environment, whether the diminishing glaciers or endangered eagles. The Scheufele family has long had a chalet in the area. “I spend time here in the winter, going up the mountain and seeing these rare birds,” said Karl-Friedrich. Preserving them and the landscape is close to the family’s heart.

The area’s natural beauty inspired the Alpine Eagle’s design. The seconds hand looks like a feather and the dial, in cobalt blue, is etched like the bird’s iris. The strap, created to recall “the strength of the stones of the mountains,” as Karl-Friedrich described it, is made of a specially developed Lucent steel that is mostly recycled, double melted, and stronger, anti-allergenic, scratch-proof and of a lighter, whiter color than traditional stainless steel.

Another difference with the St. Moritz: as of 1996, “we can use our own movements,” said Karl-Friedrich with visible pride. The Alpine Eagle’s mechanical self-winding Chopard 01.01-C movement is endowed with a 60-hour power reserve, has a stop-seconds device to facilitate time-setting, and precision is guaranteed by a chronometer rating certificate issued by the Swiss Official Chronometer Testing Institute (COSC.)

One thing that remains the same: like the St. Moritz, the Alpine Eagle sports 8 screws on the bezel.

The watch comes in two sizes, 36mm and 41mm. There are 10 references. Prices start at 12,500 CHF for a large steel model (there’s a small size in steel with automatic movements for 9,500 CHF) and run as high as 33,500 CHF for a gold and diamond version in small; the large size will be available next year.

“We made it large and small, not men’s and women’s,” said Karl-Fritz. “It’s not enough to have a beautiful watch,” the 22-year-old added. “You have to have a beautiful product with a beautiful story that my generation can connect to.”  And the Alpine Eagle has several stories to tell about the inspirational beauty of nature, protecting the environment, reinventing an icon, adapting to the times, about continuity in the face of change, and, very much, about family.

And a lot of guys named Karl.