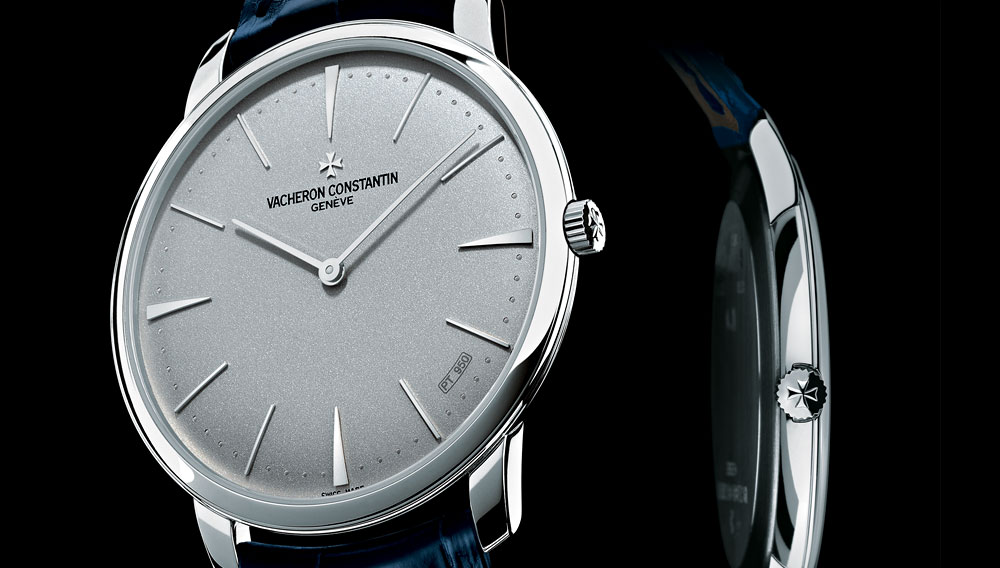 Even before he joined the company, Christian Selmoni had a clear idea of what he thought a Vacheron Constantin wristwatch ought to look like. “I imagined a white gold piece with a blue dial,” he recalls, “extremely thin and elegant.” Today, as the brand’s artistic director, Selmoni has a unique opportunity to shape the image of Vacheron Constantin watches for future generations. His position is more than that of a mere product developer. With trust built over two decades of service to the firm, Selmoni plays a critical role—to a level rarely seen at a major brand—as custodian of the longest heritage in watchmaking. And he has used this position not only to reinforce the company’s traditional strengths in complications, but to spearhead new techniques in decorative arts that are now at the forefront of creativity in the craft.

In an industry abounding with self-professed auteurs, what is most striking about Christian Selmoni is his affability and modesty. In fact, these qualities probably explain a great deal about his success inside the company and on a product level. Christian Selmoni is a master collaborator, a position that is underappreciated but vital in modern corporate watchmaking.

Although born into a Vallée de Joux watchmaking family, Selmoni only found his way into the industry when a friend recommended him for a chance administrative position at Vacheron Constantin at the end of the financially troubled 1980s. “I was very impressed that despite all their troubles they were still able to keep their heritage alive,” he recalls. “There was also a living memory in some of the watchmakers that had been working there 30 or 40 years.”

Selmoni began working on the product side of the business in the mid-1990s, as part of a development team, and he counts the relaunch of the company’s Overseas sports watch during that period as the first product launch in which he made an impact. In less than five years, however, he was handed a task most watch developers never encounter during their entire careers. In 2000 Vacheron Constantin began preparations for its 250th anniversary, which would occur in 2005. The company decided to use the occasion to underscore the revival of its business and commissioned an extensive, multipart collection designed to showcase its prowess in fields from complicated watchmaking to the decorative arts.

As a director of product marketing, Selmoni put the collection together as part of a troika that included then-CEO Claude-Daniel Proellochs and Vincent Kauffmann, Vacheron Constantin’s talented designer. “The teamwork we experienced during that period still influences me,” Selmoni says. “Every supplier was extremely supportive and they all seemed to want us to achieve our goal.” Such interaction with outside organizations may prove to be an even more lasting mark of Christian Selmoni’s tenure at the company than the anniversary collection itself.

Even before the anniversary celebrations were complete, Selmoni was toying with an unusual, even risky, idea for a watch company. Based on the successful Métiers d’Art watches in the anniversary collection, the company would create a series of watches inspired by the extensive collection of indigenous mask art in Geneva’s Barbier-Mueller museum. The concept called for the use of digital 3-D imaging and computer milling to create an image of the mask on the watch dial, which would then be finished by a team of hand engravers. “I was very much afraid that the watches would be regarded as kitsch,” admits Selmoni, who witnessed the launch of the first set in 2007, “but the welcome we received is something I’ll always remember.”

Since then, Vacheron Constantin has continued to develop timepieces that explore various aspects of cultural heritage, including an edition of Japanese lacquer dials with Zohiko and an enamel rendering of the Paris Opera’s Chagall ceiling. In Selmoni’s mind, these are riffs on collaborations that reach deep into the company’s history. “In the 1920s and ’30s, Vacheron Constantin produced a number of pieces with Verger, the Parisian jeweler,” he says. “These were also very flamboyant, with influences from Japan and China.”

Selmoni admittedly takes considerable satisfaction from this particular strain of watchmaking, but ask him which is his favorite of the pieces he has worked on and he points to a particular Patrimony Contemporaine produced as part of the Platinum Excellence collection. The white color, thin profile, and sandblasted dial make up what he describes as “a totally Zen kind of watch.” It seems that after more than 20 years, his original ideas about Vacheron Constantin have only slightly changed.