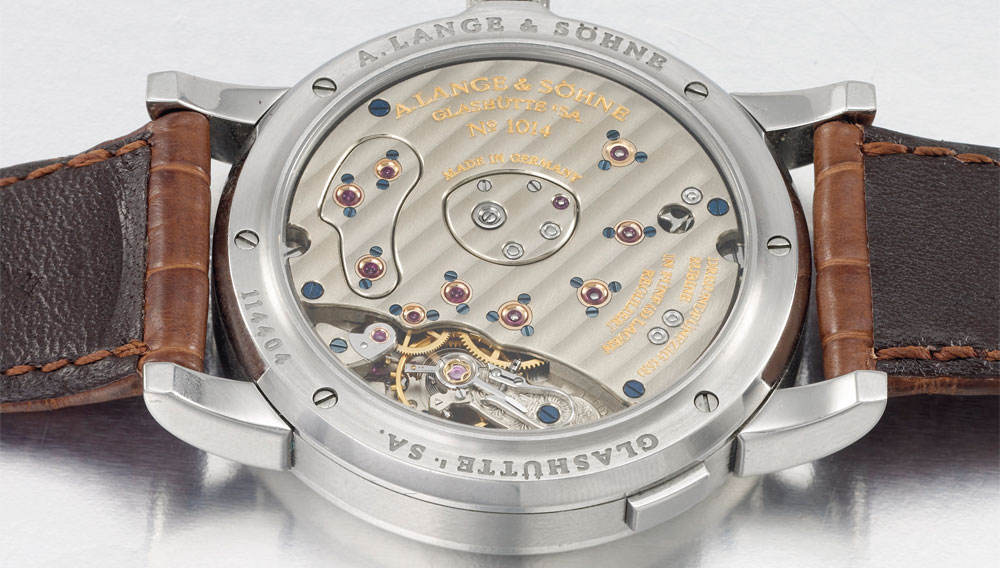 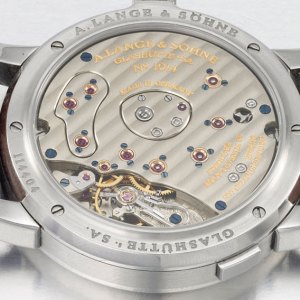 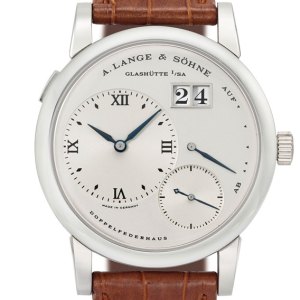 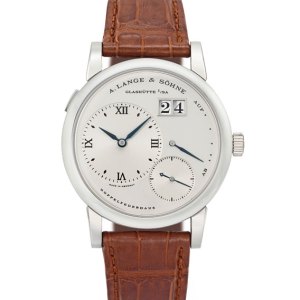 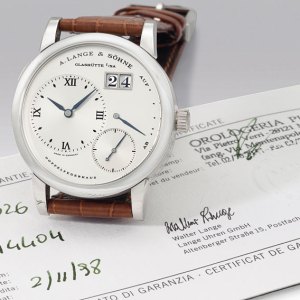 While Rolex is probably best known for its hard-to-find older steel Daytona models, the German watchmaker A. Lange & Söhne also produced a handful of steel Lange 1 models that are even more rare. One of these watches, released early in the production cycle of the model, is coming up for auction on May 13 at Christie’s in New York. The watch company will not confirm exactly how many of the steel model were made, but apparently they were all created upon request from various clients and retailers, including the Italian company Orlogeria Pisa, which initially sold this example. Bidding on the watch (estimated at $53,000 to $110,000) is expected to be brisk. (www.christies.com)