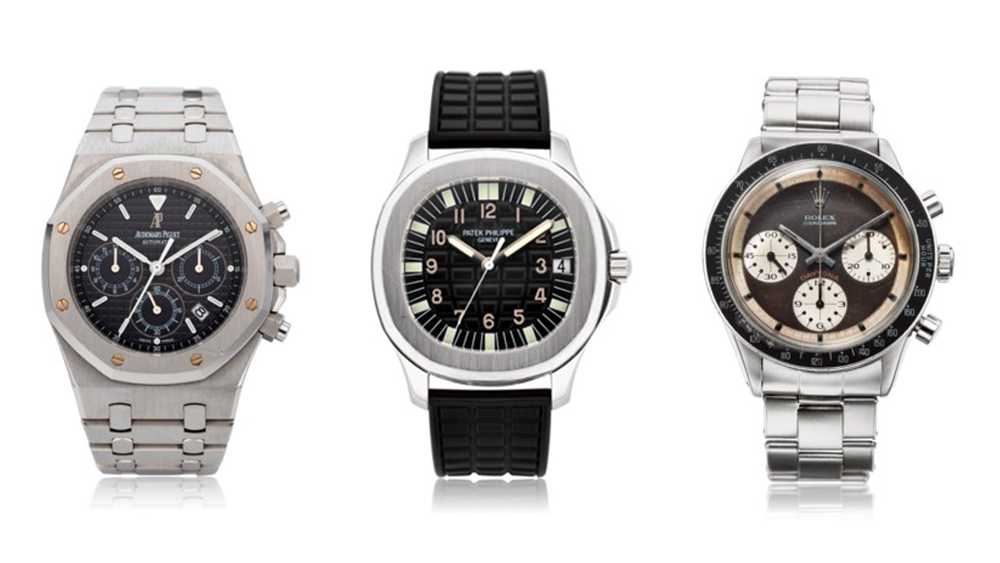 Buying at auction can be an intimidating process for a newbie watch collector. But less so at Christie’s, thanks to the house’s growing focus on online sales geared to younger and newer buyers.

The sale, which runs from July 30 to Aug. 13, features 222 lots spanning multiple decades, from modern timepieces to sought-after vintage models; multiple brands, with an emphasis on Rolex sport pieces and Patek Philippes; and a vast range of price points, with the bulk of lots falling in the $3,000 to $10,000 range.

The sale marks the first time Christie’s has partnered with a dealer on a sale, and builds on a campaign the house began in December, when Lopez orchestrated a successful collaboration with the independent German watchmaker Moritz Grossmann.

“The sale with Moritz Grossmann was fabulous; it went very well,” Lopez says. “I wanted to do something with a dealer; someone who’s independent and low-key but has enough watches to source and curate a sale.”

Lopez settled on The Keystone because he knows its director and co-founder, Justin Gruenberg, and knew the pairing—including co-founder Max Abbott—would be “a great fit.

The Keystone’s wide selection—“This is maybe 5 percent of their watches,” Lopez says—was a factor. So, too, was its founders’ taste in watches.

“We were joking the other day,” Lopez says. “Justin threw out he has 5,000 watches in stock right now. He has a lot of the watches that everybody is chasing in the market: the modern Rolex, the modern Patek Nautilus, the watches people would sell their children for. But he’s into vintage.”

Of the lots being offered online, Lopez says the following three are of particular interest:

Lot 8: A c. 1960s steel Enicar Aqua Graph estimated at $3,000–$5,000. “It’s an independent brand from the ’70s and ’80s that came up against Heuer,” Lopez says. “People have started to look at Enicars; it has the cool factor of a chronograph in steel, it’s hip right now and the price points are so attainable. I believe this is going to be the new fad. In our inner circles, specialists like [Christie’s international head of watches] John Reardon own these. I’m currently chasing one myself. Last year, they were $500–$600. Now they’re $2,000–$3,000. They carry the Valjoux 72 movement—same as in Patek, Rolex and Heuers, the workhorse movement. It has the same DNA as those other brands.”