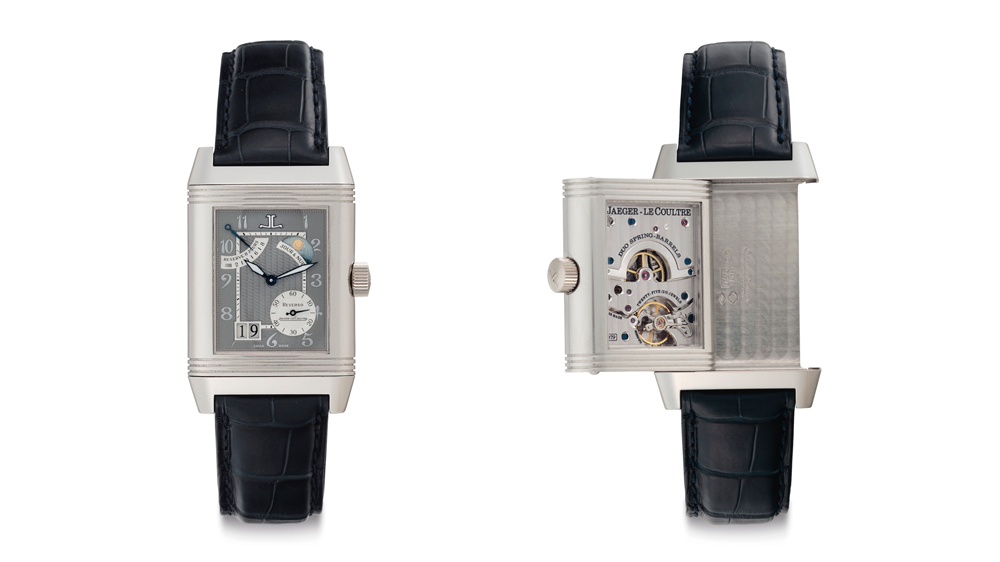 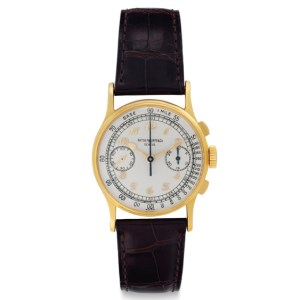 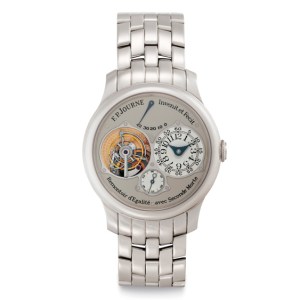 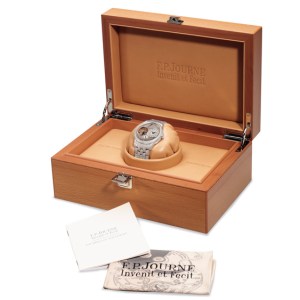 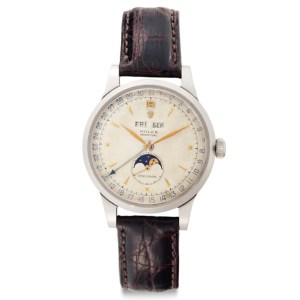 On Thursday, December 7, in New York, Christie’s will host An Evening of Exceptional Watches. The 100-lot sale will feature some fantastic examples of the usual suspects, a handful of outside-the-box offerings, and one or two excellent pocket watches.

As December throws festivities and business milestones at us in equal measure, many of us will struggle to digest a full catalogue—even one limited to 100 lots. But fear not—much like with past sales, we have thumbed through the catalogue; spent some time with John Reardon, international head of department at Christie’s; and short-listed our top nine lots from the sale.

The year 2018 was one of stellar provenance in watch auctions—and in any other year, this timepiece may have been the top lot. Some may have already swooned over it at the Patek Philippe Grand Exhibition held in New York earlier this year. The 130, an 18-karat-gold chronograph with a tachymeter scale and applied Breguet numerals, is handsome and important enough in its own right. But with Joe DiMaggio attached to the original provenance, it is deservedly the cover lot.

As John Reardon says, “Yankees plus Patek Philippe—it doesn’t get better than that! I never expected that we would see Joe DiMaggio’s 130 chronograph come back to market, and the lucky new owner of this watch will own a superlative piece of baseball and horological heritage.”

From the second generation of the renowned F.P. Journe Tourbillon Souverain, this highly technical model is quite strikingly dressed in a platinum case and bracelet.

The Tourbillon Souverain features a one-second Remontoir d’Egalité, which takes power from the mainspring to an intermediary blade spring once every second. The result is a constant level of power delivered by the blade spring to the tourbillon. Plus, by integrating the remontoir with the seconds indication, each reload from the mainspring is pronounced by a “dead-second” tick.

Fun fact: When the power of the mainspring is too weak to load the remontoir, the gear train runs undisturbed for the remainder of the reserve, causing the seconds hand to sweep like it would on any other 3-Hz movement.

It’s a mystery why Rolex no longer produces what are arguably the most beautiful watches it has ever made: the triple calendars and complete calendars. This particular reference, the 8171, is a complete calendar in steel and was made in limited numbers between 1949 and 1952. Its 38-mm diameter was very large for the era, and as such, the 8171 became affectionately known as the “Padellone” (large frying pan).

This is the perfect manually wound Daytona for those looking for something different to the headliners. The 6265 is very clean-looking with a metal insert and tachymeter scale, screw-down pushers, and a silvered dial with gently patinated black registers. The Tiffany logo adds a touch of class to this almost elegant variant of Rolex’s iconic chronograph.

Also featured at the summer Patek Philippe exhibition, this lot is unusual and historically very important. These three Naval Observatory Chronometers, known as “Torpedo-Boat Watches,” were the top three (of four) tested chronometers in 1913. But instead of being used on torpedo boats, they found themselves put through their paces on the USS Los Angeles of the U.S. Zeppelin fleet.

According to Christie’s, the purpose of such a trio of chronometers was, coincidentally, threefold: They could all be set to tell the same time, allowing the average of the three to be tracked for unrivaled accuracy; they could be set to three different time zones for reference; or they could be set to sidereal time, GMT, and local time to provide the necessary inputs for critical navigation (such as calculating longitude).

John Reardon reflects on the destiny of the lot: “I hope this goes to a collector who understands the importance of Patek Philippe timekeeping in military history. This trio set literally determined life or death for the troops who depended on its accuracy.”

This stunning piece has many signatures of a 19th-century pocket watch: the Breguet hands, gold case, Roman numerals, and the fact that it is a pocket watch. But small signs indicate something different: an unusual power-reserve chapter ring and an oversized moonphase aperture. In fact, this watch was produced by independent watchmaker Christian Klings only last year.

Klings is a lesser-known legend in the independent sphere and one of very few to make his watches (only 20 so far) entirely by hand—not even with the aid of computer drawing tools.

Perhaps the funkiest chronograph—perhaps even the funkiest watch—in the sale, the 4178 may be a redial, but it is a beauty. Flared lugs and an inconspicuous bezel make the 36-mm diameter appear larger, giving the watch character and presence that jump out at you.

Ordinarily, the 4178 would have a rather sober dial with a tachymeter scale. So while the replacement on this lot may put a roof on the estimate, it adds huge character to the watch and embues it with the “holy trinity” of chronograph scales: the tachymeter, pulsometer, and telemeter. This is one for the doctors out there.

One of the more affordable lots in the sale, but also one of the best, the Reverso Septantième is a legendary 8-day movement in a legendary Reverso case, limited to 500 in platinum. With a large date, day/night indication, and power-reserve indicator with the option to view the movement while on the wrist, this is the lot offering the most horology per dollar in our opinion.

The king of perpetual-calendar chronograph wristwatches, Patek Philippe produced its first, the 2499, in 1952. Aside from being gorgeous and well-balanced, the watch is particularly rare due to its unrestored condition and clear service history through Patek Philippe.

John Reardon sums it up nicely: “A fresh-to-market first-series 2499 under $1 million? Is it possible in today’s crazy market? With this unrestored example, I believe it is. As the largest diameter of all 2499s [37.7 mm], this 2499 with a Wenger case looks great on the wrist, and I find its dial condition and polished lugs to be a statement of beauty in a watch that has had a long life. Not bad for a 65-year-old!”