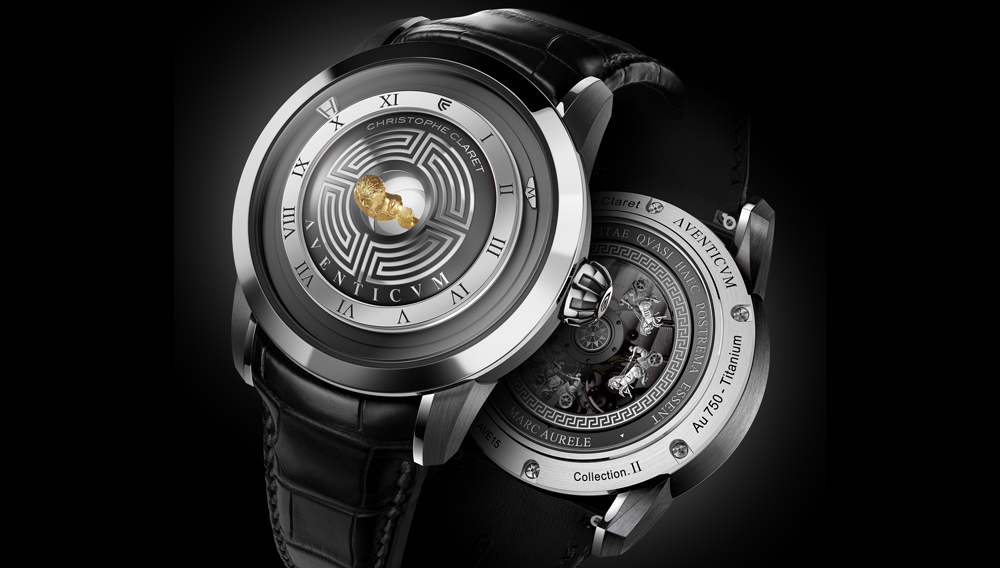 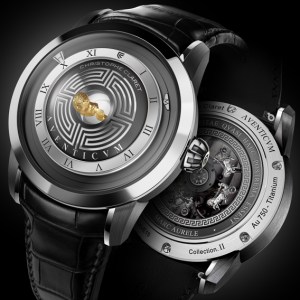 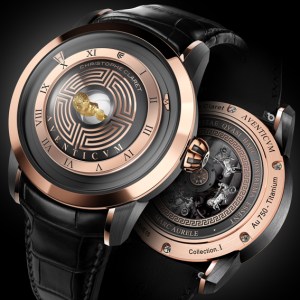 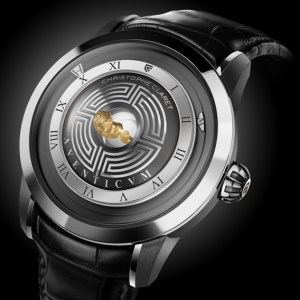 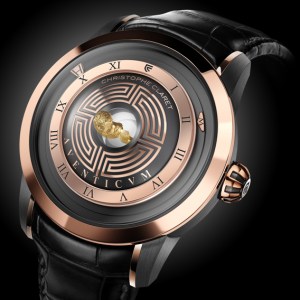 The capital of Helvetia following the Roman conquest of what is now Switzerland during the first century BC, the historical city of Aventicum (present-day Avenches) also served as the inspiration for the new Christophe Claret Aventicum, which debuted last week at the 2015 Salon International de la Haute Horlogerie. Located about an hour from the watchmaker’s manufacture in Le Locle, Switzerland, Aventicum has long been a fascination for the company’s founder, Christophe Claret, who worked with the Avenches Roman Museum to create a 3-D film documenting the museum’s extensive collection of artifacts excavated from the ruins of the city.

Keeping with the three-dimensional nature of the film, the Aventicum wristwatch’s most prominent feature is a holographic bust of the Roman emperor Marcus Aurelius—a replica of a solid-gold bust that was unearthed in 1939 during routine maintenance of an old pipe—that seems to rise out of the center of the dial. To display the hologram, the watch employs a mirascope, a device that uses two parabolic mirrors to create an ethereal, magnified projection of whatever object is placed inside of it.

The watch’s dial sports an ancient Roman motif, with Roman script and engraved roman numerals that serve as indices. Time is tracked by two markers: one engraved with an H to indicate the hours and one engraved with an M to indicate the minutes. These rotate on tracks around the periphery of the dial, since the mirascope occupies the area where traditional hands would be located. The back crystal reveals the Aventicum’s sapphire rotor, which is decorated with etchings of five chariots that race around the movement as the rotor winds the watch. When the rotor stops moving, the chariot stopped above the name Marc Aurele—which appears at the 6 o’clock position—has won the race. A phrase in Latin, Perfice omnia facta vitae quasi haec postrema essent (which translates to “Perform every act in life as though it were your last”) is engraved on the caseback.