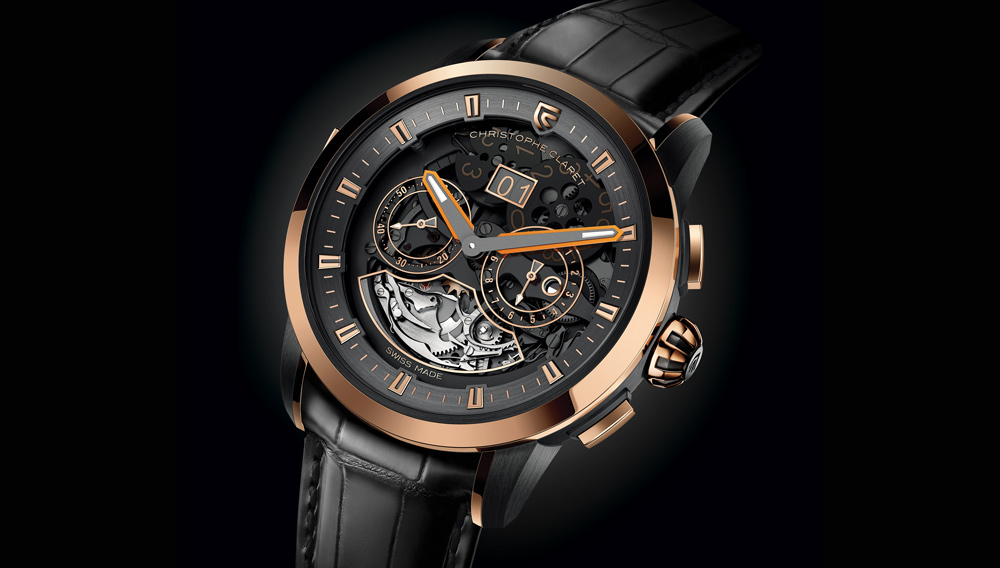 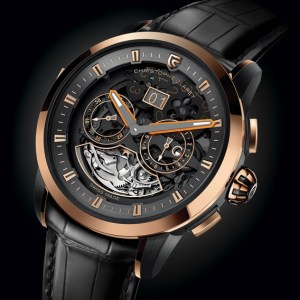 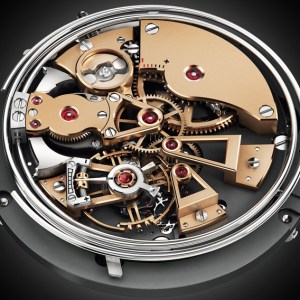 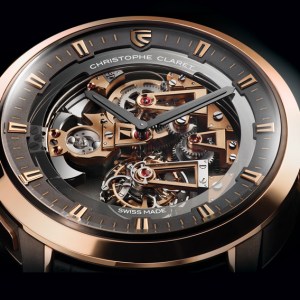 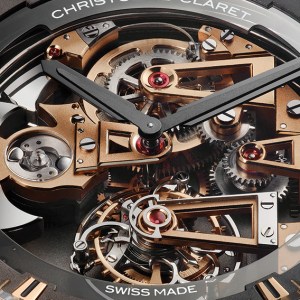 Christophe Claret reaches beyond mechanics to refine his acoustic watches.

Though he had two decades of experience making acoustic wristwatches, Christophe Claret decided his efforts to create a minute repeater capable of striking Westminster Quarters needed the help of a professional musician. Displaying an appreciation of the difference between building and playing an exceptional instrument, Claret—considered by some to be a Stradivarius among musical watchmakers—required a Paganini “to obtain the best harmony of sound.”

Claret’s preternatural talent for constructing repeaters was recognized shortly after he received his diploma from the École d’Horlogerie de Genève at the age of 20. His first quarter-hour repeating wristwatch with jaquemarts, or bellstrikers, drew admiration from Rolf Schnyder, owner of Ulysse Nardin, who asked if Claret could design a minute repeating version and construct 20 of them to be sold under the Ulysse Nardin brand. Claret’s response was an insouciant “Why not?”

Since that time, Claret has created dozens of repeating wristwatches, including the Opus 4 for Harry Winston and the Shabaka for Jean Dunand. Yet it has been under his own brand, which he established in 2009, that he has most fully realized his technical and aesthetic ambitions, which have especially concerned the quality of sound. “For me, a minute repeater is one of the top highlights in the watchmaking art,” he says. “Music inspires the types of complication I want to achieve.”

His Soprano, the name he gave his repeater with Westminster Quarters, attains its musical virtuosity through a combination of technical achievements. The greatest challenge involved the chimes themselves. Each of the four Westminster notes requires its own gong and hammer, and Claret chose cathedral gongs—in which the spirals of each wire wrap around the watch twice rather than just once—for their “beautiful resonance.” Given their close proximity, it took expert engineering to ensure that the gongs did not interfere with one another. “The much higher vibration can cause a clattering phenomenon,” notes Claret. “We worked for a year on many solutions until we found one and patented it.”

He believes it was well worth the effort. Having four notes rather than the two typical of minute repeaters has created what Claret calls “a real musical playground.” And though the Westminster melody is as traditional as Big Ben, there is nearly limitless expressive potential. The musician with whom Claret collaborated helped him to refine critical nuances such as the forcefulness with which the gongs are struck and the pause between strikes.

But consultation with a musician was only the beginning. As Claret asserts, his own watchmakers must have “a musical ear.” The wirelike gongs are stretched and shaped by hand and the traditional act of tuning them, by adjusting their mass and their attachment to the case, is performed while listening for imperfections. At least a third of the gongs are rejected.

Other aspects of the watch have likewise been refined to ensure a purity of sound. One recent and critical improvement was the addition of a noiseless mechanism to regulate the rate of chiming: a silent governor that uses centrifugal force to maintain constant speed. Even the lack of a conventional dial and the use of Grade 5 titanium for the middle case are guided by acoustic considerations. The hardness of this material—in contrast to gold—makes it an excellent transmitter of sound.

Claret has not limited these advantages to the Soprano. His more recent Allegro repeats with a simpler two-note chime (making up in worldliness what it lacks in musical range by including large-date and GMT complications), yet it still features cathedral gongs regulated by Claret’s silent governor, as well as a titanium middle cast and a skeletonized movement visible through sapphire crystal. For Claret, musicality is such a core value that a watch without a voice would be almost as unthinkable as one without a face.

“A repeater must combine extreme complexity with extreme quality,” he says, explaining why he remains as beguiled by the complication today as he was when Rolf Schnyder first discovered him. The repeater, he proclaims, is nothing less than an instrument “for listening to time through harmonious sound.”