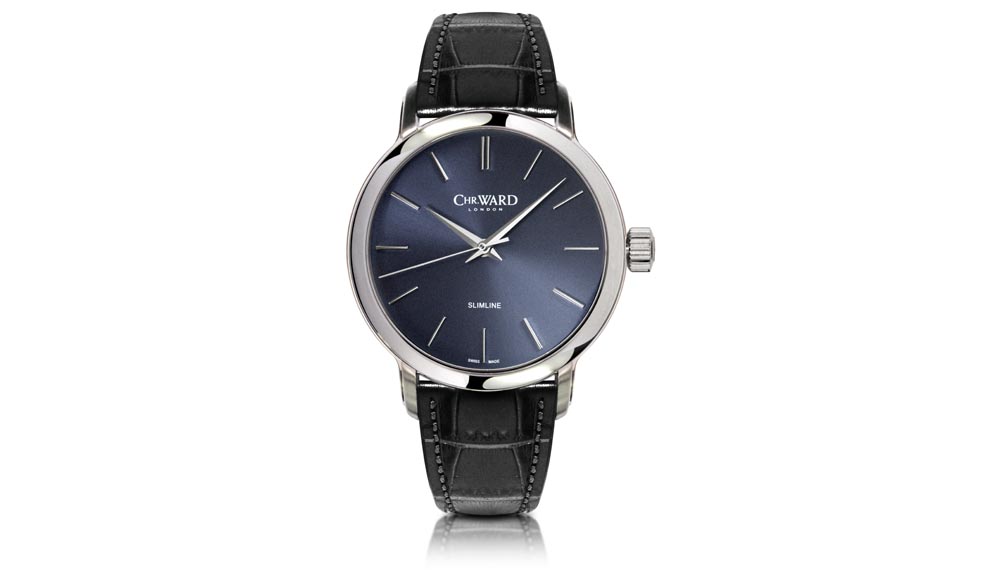 As the company celebrates its 10th anniversary year, Christopher Ward has gone “back to the future” to create a stunning new watch — the C5 Malvern Slimline — inspired by the first ever Christopher Ward model, the now legendary C5 Malvern Automatic.

Over the years, the revered original has provoked a series of requests from Malvern owners for a sleek contemporary version of their favourite watch. The Malvern MK I made waves at its launch with the watch-buying cognoscenti never having previously witnessed such quality and style at so accessible a price, marking an extraordinary new presence in the luxury watch market with an unprecedented blend of design, quality and value.

The stylish new C5 Malvern Slimline, as well as embodying the established Christopher Ward values, is set to stir the emotions of watch lovers who will recognise not only the quality of the componentry but also the architectural excellence of its form.

The case not only superbly houses the compact, hand-wound ETA 2801 mechanical movement but also actually accentuates its slimness with beautifully subtle lines. The resulting wrist watch, at 40mm, is 2mm wider than that pioneering first automatic, has wider lugs (20mm) and, importantly, its height is 2.10mm lower at only 8.70mm. But most of all, it is a simply gorgeous piece to wear and behold.

The three color options range from a classic Optic White one-piece dial to the mesmerisingly beautiful tones of the Charcoal and Blue versions with galvanic sun-ray effect one-piece dials.

The fineness of the elongated indexes and hands add to the overall impressiveness of a watch which, as well as being a fitting way to celebrate Christopher Ward’s first decade, makes a confident nod towards an even more exciting future.

The C5 Malvern Slimline is available to pre-order on the website now at www.christopherward.co.uk, and will officially launch in June 2014.