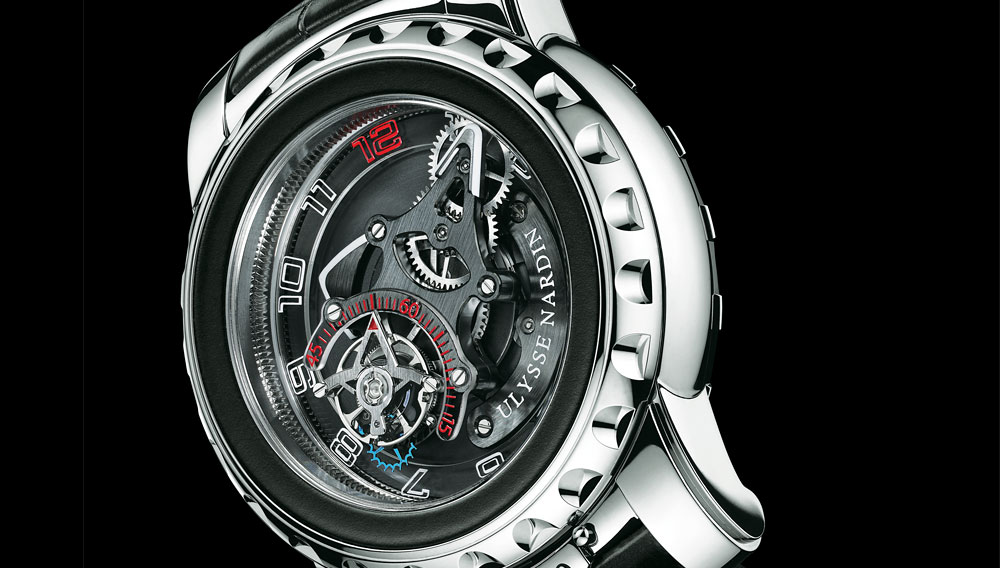 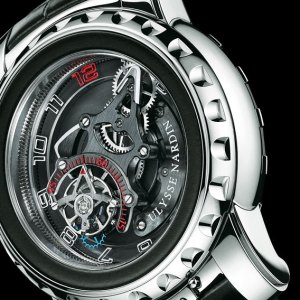 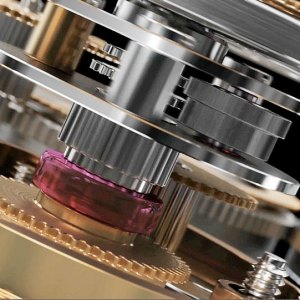 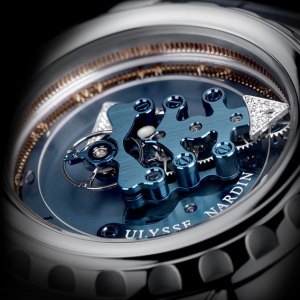 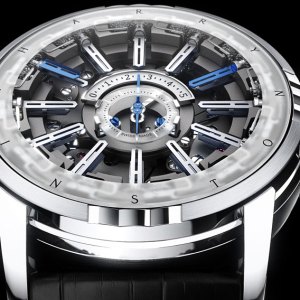 At a conceptual level, a watch is very simple: A movement moves the hands to indicate the time on a dial. The status quo for more than 500 years, this system seems so natural that it is difficult to conceive of something different, and even more unusual to encounter it. Befitting the new millennium, the 21st century began with such a revolution, launching one of the most creative periods in the history of watchmaking.

At the 2001 BaselWorld, Ulysse Nardin introduced a wristwatch that had neither hands nor dial in the traditional sense. Instead, the movement itself revolved inside the case. A carriage encompassing the escapement and gear train rotated once every hour atop an enormous drum containing an oversized mainspring that unwound precisely one full turn every day. In other words, you read the time by observing the position of the movement inside the case (which was really part of the movement in its own right, geared on the inside with pierced sapphire crystals serving as the central pivot). Every part of the watch was absolutely integral to its function. Not only was the movement brought to the forefront, the movement and watch were synonymous.

Ulysse Nardin called it the Freak. And while the name was apt, since nothing remotely like it had ever been seen, the penchant for freakishness was rapidly assimilated by watchmakers and collectors alike.

Harry Winston was one of the first companies to catch on and to encourage the revolution by commissioning independent watchmakers, including François-Paul Journe and Vianney Halter, to come up with creative complications for the Opus series. Driven by a vision every bit as audacious as the innovations at Ulysse Nardin, Halter began developing his Winston watch, the Opus 3, the year that the Freak was released. His idea was to make the first completely digital mechanical watch, applying the classic jump-hour complication to the display of everything from day of the month to a whimsical countdown of seconds. That required 10 overlapping disks, the motion of which had to be powered by an independent mainspring—a technical feat that set the 2003 release date all the way back to 2010.

By then, creative complications had become a focus of major brands and independent watchmakers alike, a phenomenon that continues today. Makers such as Michel Parmigiani and Maurice Lacroix have reconceived the movement as kinetic sculpture. (Parmigiani’s Bugatti Type 370 sets the movement on its side to reveal a fully exploded going train. Lacroix’s Roue Carrée indicates the hours with a square gear turned by a gear shaped like a clover.) And companies including Tag Heuer and Cartier have explored the extreme reaches of horology with concept watches that are sometimes too technically challenging ever to enter regular production. (Cartier’s ID2 is encased in a single block of clear ceramic under vacuum, allowing the optimized movement to run for 32 days without winding.)

Astoundingly, all of this was anticipated by the Freak. Inspired in part by the Swiss kinetic sculptor Jean Tinguely, the mechanism required serious technical chops to operate reliably, resulting in a startling innovation that nobody today would deem freakish: The Freak was the first movement to use silicon.