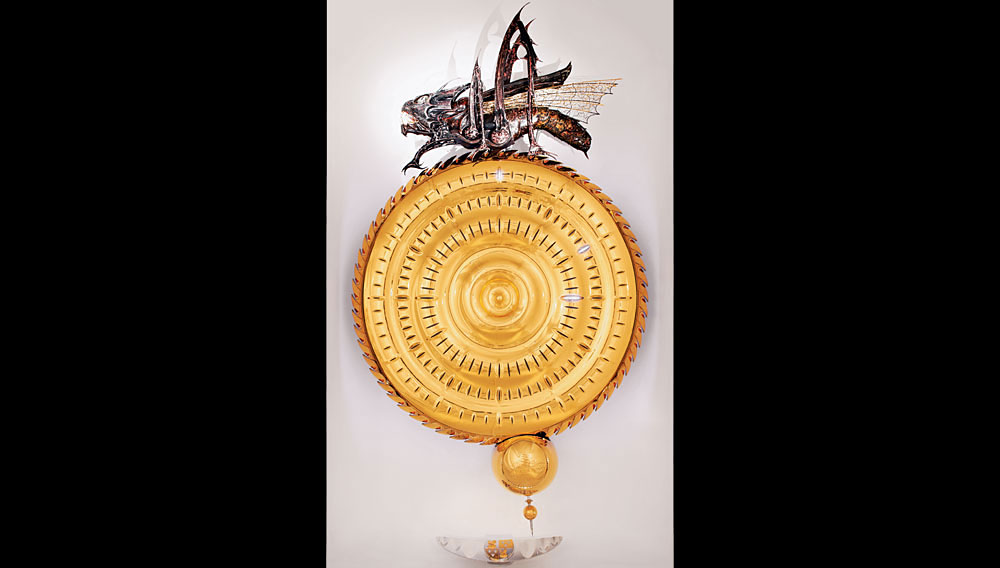 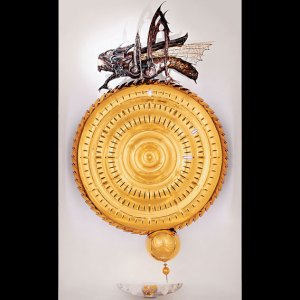 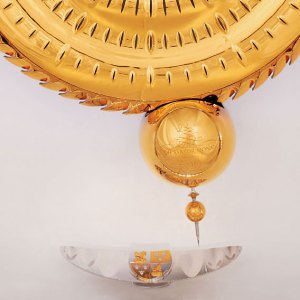 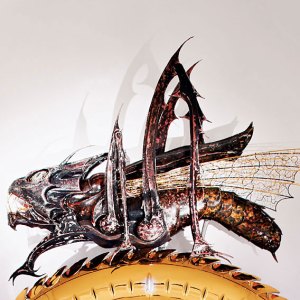 In 2008, the British inventor, electronics tycoon, and philanthropist John C. Taylor unveiled the Corpus Clock, a $1.6 million gift to his alma mater, Corpus Christi College at the University of Cambridge. A curious combination of steel, enamel, and LED lights, the Corpus Clock, or Chronophage (“time eater” in Greek—a name derived from the menacing grasshopper figure set atop the clock that appears to consume the minutes) has become one of the top tourist draws in Cambridge. Having subsequently produced two clocks with a similar mechanism, Taylor is now making a series of 12 comparable devices available on a semi-custom basis.

“Basically, clocks are boring,” muses Taylor, whose work is informed as much by art as by horology. “I wanted to find a new way of telling time and a new way to make a clock interesting.” Both the form and function of the original Chronophage and the latest examples are designed to provoke thought about the nature of time. The ripple effect on the gold-plated dial, which is molded underwater by powerful explosives, suggests the Big Bang that theoretically marked the beginning of time. The clock employs an array of LED lights in three concentric rings on the dial to indicate hours, minutes, and seconds. Although the seconds light racing around the dial suggests the rapid passage of time, the clock is also designed to operate at uneven rates, slowing, accelerating, or even running backwards, as if to remind observers of their own subjective perception of time.

This last feature was introduced almost by accident. Taylor had originally intended to create a large-scale version of the grasshopper escapement invented by the early-18th-century clockmaker John Harrison. However, the size of his escapement, which serves as the framework of the grasshopper sculpture, presented inertia issues that made the mechanism unworkable on a purely mechanical basis. “We had to turn a disaster into an advantage,” says Taylor. “Our efforts to prevent the amplitude of the pendulum from increasing led us to the idea of running both fast and slow and correcting them.” The escapement in final versions of the Chronophage is assisted by electric controls and a periodic signal from an atomic clock at Britain’s National Physics Laboratory.

The price of a Chronophage commissioned from the series of 12 ranges from $3.3 million to $5 million. Buyers have the option to customize certain elements of the design, such as the minute-devouring grasshopper sculpture that embodies a particular aspect of Taylor’s personal outlook on time. “It is a little frightening,” he quips, “but I’m 77 years old. Time is not on my side.”