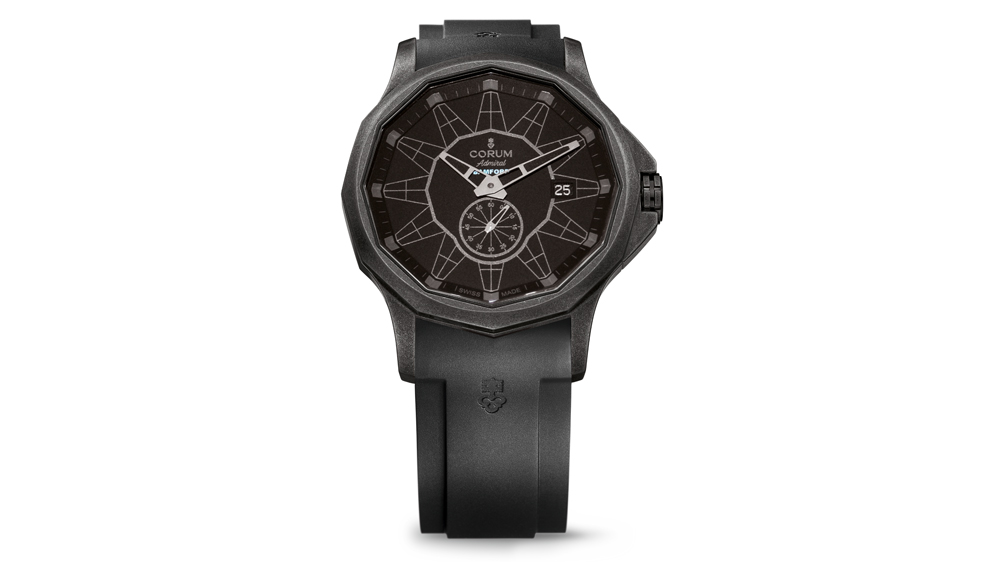 Bamford Watch Department, the British-based company known for its customizations of high-end Swiss watches, was long a pariah to buttoned-up watch companies that did not want their designs or DNA tinkered with. But the company was increasingly popular among clientele looking to add a personal edge to their traditional timepieces. Just last year, watchmakers began officially collaborating with the Bamford movement when they realized it’s better to join them if you can’t beat them.

In June, LVMH-owned Zenith was the first to hop on board the Bamford bandwagon, followed shortly thereafter by Tag Heuer and Bulgari—also under the LVMH umbrella. The latest Swiss watchmaker to collaborate with Bamford is Corum, who just announced its first-ever co-branded timepiece with the British watch customizer. Corum is also the first non-LVMH watchmaker to officially collaborate with Bamford (Corum is owned by Hong Kong–based Citychamp Watch & Jewelry Group Limited).

Bamford gave its signature all-black treatment to Corum’s Admiral watch, a key model first introduced by the brand in 1960 to celebrate the Admiral’s Cup—the yachting regatta first held in 1957. The first edition of the Admiral’s watch was a square-faced timepiece with Roman numerals that looked more like a dress watch than its ultra-sporty contemporary. Bamford kept the 12-sided bezel of the modern Admiral timepiece, but it does away with the colorful nautical flag hour markers found on most models and replaces them with graphic gray markers in the shape of nautical flags, except they more closely resemble the architectural shape of lighthouses.

The new timepiece is limited to just two pieces worldwide and will only be available in Paris at Nous on 48 rue Cambon. The boutique is Paris’s newest concept store being touted as the answer to Colette, the iconic and influential fashion and lifestyle store formerly on Paris’s posh rue Saint-Honoré that was forced to close its doors last year. Nous, meaning “us” in French, was founded by former Colette employees, including cofounder Sébastien Chapelle who was formerly the director of Colette’s high-tech and watch division. Cofounder Marvin Dein, who was head of sneakers at Colette, will focus on Nous’s street wear and high-tech products.