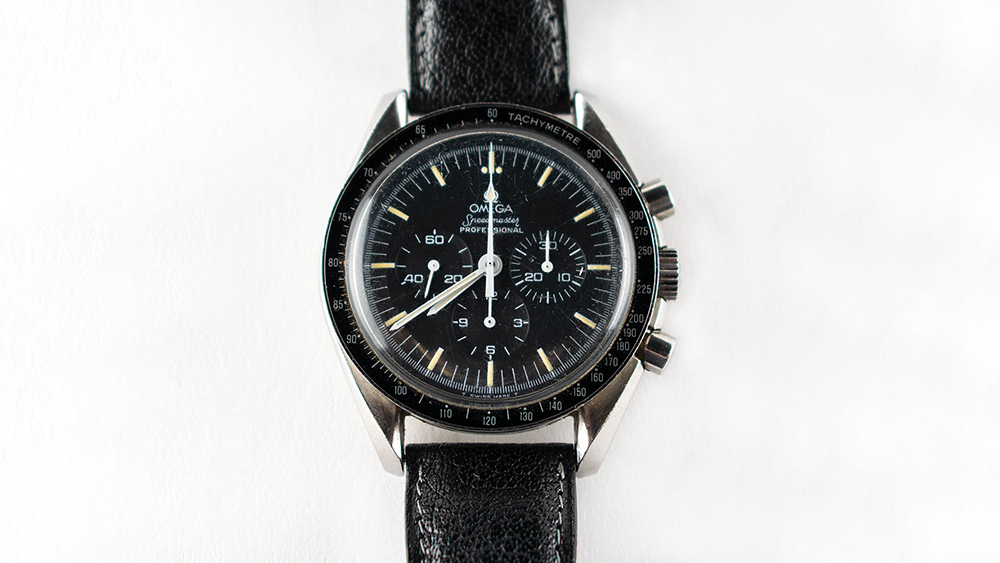 Despite the nickname, not all Omega “Moon Watches” have actually gone to space. But if you’ve ever wanted one that has, now’s the chance to get your hands on one of the ultra-rare timepieces.

A Speedmaster Professional, serial no. 4826777, worn by Russian cosmonaut Nikolai Budarin while in space, will be auctioned off by RR Auction next month. The space-flown model, a favorite of astronauts for decades, was on Budarin’s wrist during the historic STS-71/TM-21 joint mission between the US and Russia in 1995.

Budarin’s particular Speedmaster has a Plexiglas crystal covering its black dial with white markers, according to the auction listing. The chronograph also features a black tachymeter bezel, anti-vibration and anti-magnetic dust cover and a caliber 861-based movement. Engraved on the back of its stainless-steel case are the words “Flight-Qualified by NASA For All Manned Space Missions / The First Watch Worn on the Moon.” The watch also features the same traditional black leather Omega strap it did 25 years ago.

During the 1995 mission, Budarin wore the watch while on three extravehicular activities, including his very first spacewalk on July 14. He also wore it during the first Shuttle/Mir docking. In total, the timepiece spent 14 hours in the vacuum of space.

One of the most iconic watches of all time, the Speedmaster Pro underwent three years of exhaustive NASA testing before it was selected for approved use by astronauts by the space agency in 1965. More than a half-century later, the Swiss-made watch is closely associated with the Apollo program. Last year even saw the release of a limited-edition “Moon Watch” commemorating the 50th anniversary of the Apollo 11 mission, during which Neil Armstrong and Buzz Aldrin became the first men to walk on the moon.

Representing a “pinnacle in space collecting,” according to RR Auction, Budarin’s Speedmaster Pro comes with a signed letter of provenance from the cosmonaut himself. Online bidding for the watch will begin on April 9 and will go through April 16. The auction house expects the timepiece to fetch in excess of $50,000.