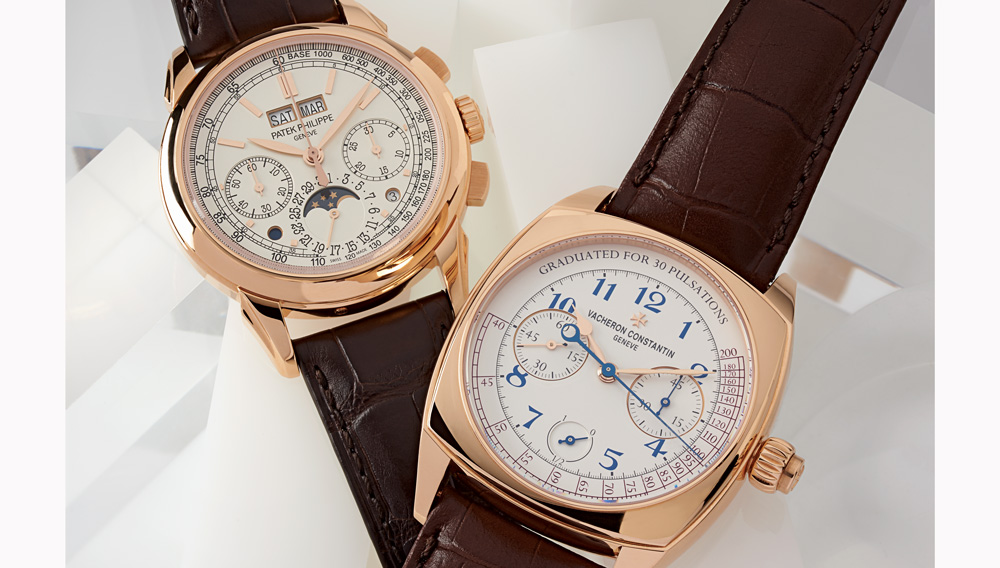 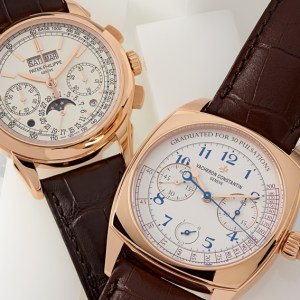 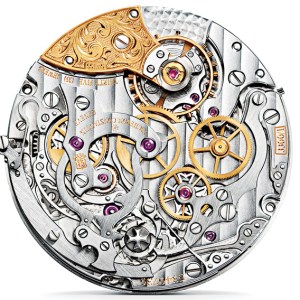 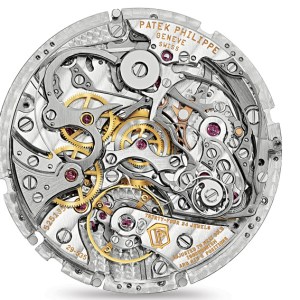 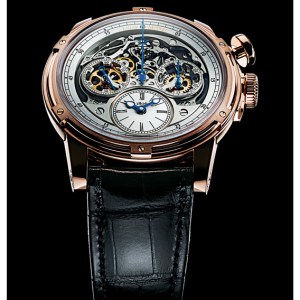 Traditional chronographs are once again a key measure of watchmaking prowess.

Most people seem to think that a tourbillon is harder to put together than a chronograph, which is much more commonly found,” says Jean-Marie Schaller, CEO of the boutique watch company Louis Moinet. “In fact, it is actually the reverse that is true.” Indeed, Louis Moinet’s new Memoris, which features an innovative openwork chronograph mechanism, is by far the most challenging project the company has ever undertaken. Yet for many of Louis Moinet’s much larger rivals, including some of the most venerated brands in the industry, the stakes are even higher. Shifting tastes in the marketplace have increased consumer demand, obliging Switzerland’s manufactures to furnish a spate of newly designed chronographs—an effort that has cast a vivid light on these companies’ comparative capabilities with respect to classic watchmaking.

One of the factors contributing to these developments is the ubiquity of traditional, manual lateral-clutch chronographs in high-end watches. During the last several decades, breakthroughs in chronograph design have yielded self-winding rotors; heart-piece-limiter systems (as seen in ETA’s 7750 Calibre) that make the mechanism more durable and affordable; and, most recently, the vertical-clutch system, which improves the chronograph’s performance by delivering steadier hands and a more consistent amplitude. Despite these advancements, however, the sheer beauty of older movements and the desirability of the timepieces containing them continue to draw watch enthusiasts to classic models. The top watch companies, most of which strive to make as many parts as they can in-house—a particularly time-consuming and expensive endeavor—have scrambled to create new chronographs that appeal to collectors’ evolving sensibilities.

No company better illustrates this challenge than Patek Philippe. In the previous decade, the company was in the process of developing its first original chronograph, a modern and automatic piece. Modified movements built by Lemania (now owned by the Swatch Group) principally drove the house’s previous chronographs, including recent versions of its ultra-collectible perpetual-­calendar chronographs. Though the cognoscenti admired these movements for their beauty and reliability, Swatch Group’s rumblings about limiting supplies compelled Patek Philippe to replace the movements.

“We decided to start the development of this chronograph before they could cut the sale,” recalls Philip Barat, Patek Philippe’s head of development. “We analyzed what was best from the perspective of both the customer and the watchmaker and created something that is a traditional chronograph, but with a modern conception.”

The resulting movement, dubbed CH 29-535 PS, first appeared in late 2009 and featured numerous technological developments—including a modern 4 Hz frequency—that helped bring the performance of the traditional chronograph closer to the most contemporary designs. A new counter cam reduced the amount of seconds-hand quiver during the chronograph’s operation, thus solving a common complaint with the older designs. At the same time, the developers sought to replicate the exquisite proportions and looping levers and bridges of the Lemanias and other conventional movements. This year, the movement, which was being widely implemented throughout the company’s traditional chronograph line, serves as the base for the new Ref. 5370 split-seconds chronograph model.

Patek Philippe has pushed to offer the broadest selection of modern and traditional chronographs among the prestige brands, but competition from its rivals is heating up. Arguably the most impressive collection debut of this year belongs to Vacheron Constantin, whose three newly unveiled chronograph calibers drive the watches of its Harmony collection. Like Patek Philippe, the brand relied in the past on Lemania-based movements for its very limited range of traditional chronographs. “It took us seven years to create and develop a brand-new line of chronographs faithful by design and aesthetics to the finest examples of Vacheron Constantin from the ’30s, ’40s, and ’50s,” says Christian Selmoni, the house’s artistic director. “From the technical point of view, however, our new calibers are totally new constructions, incorporating modern technologies. We’ve incorporated the best of today’s technical solutions in a very classic yet spectacular design.”

The company’s historical approach is most visible in its single-pusher design, which remained the standard configuration until two-pusher models became available in the 1930s. Single pushers can be delicate, because three commands—start, stop, and reset—are directed through the column-wheel assembly rather than the two that are typical in more modern watches. To improve reliability, the developers devised a system that prevents partial actuation, which can cause damage to the mechanism. Furthermore, a “friction technique” furnishes an extra surface beside the gear teeth that engages when the clutch is applied. This arrangement reduces hand-quiver and amplitude changes to the movement, improving accuracy.

One of these new movements, the Caliber 3300, is deployed in a manual chronograph that exhibits the device’s exceptional finishing through the caseback; the chronograph mechanism in the collection’s tourbillon model was altered slightly to cope with the watch’s lower frequency. An entirely separate development team created the pinnacle of Vacheron Constantin’s Harmony chronographs, an ultrathin, automatic split-seconds model that required a high level of adjustment and finishing. Here, the peripheral rotor and high-efficiency differential of the automatic winding system represent modern touches that, appropriately, do not detract from the piece’s classic heart.

Of all the old-line prestige watchmakers, none produces more chronographs than Audemars Piguet, thanks in large part to the popularity of its Royal Oak and Royal Oak Offshore models. Most of Audemars Piguet’s popular chronographs use either supplied automatic, vertical-clutch movements or a modular system in which the chronograph mechanism is attached as a separate plate to one of the company’s automatic base movements, while high-end complications, such as the company’s tourbillon chronographs, possess fully integrated movements. Industry observers have widely anticipated the introduction of an integrated chronograph movement, and the specialty model just released as part of Audemars Piguet’s relationship with the former Formula 1 champion Michael Schumacher takes a significant step toward the fulfillment of that hope. “This is the first instance in which a company ambassador has had a direct influence on the function of one of our movements,” says Claudio Cavaliere, a global brand ambassador who formerly served as the head of products. “Michael told us there was no prestige watch that would allow him to time successive laps of a car going around a track.”

The modern-styled movement that the research and development team designed has two seconds hands and looks much like a split-seconds chronograph, but with some important distinctions. When the pusher located at 9 o’clock on the Royal Oak Concept Laptimer Michael Schumacher is activated, one of the seconds hands stops, while the other immediately flies back to begin timing the next lap; the same hand on a conventional split-seconds chronograph would keep running. The watch can also operate as a standard or fly-back chronograph. In keeping with its automotive theme, the timepiece contains an interesting oscillating clutch that is set at an angle from the plane of the chronograph wheel when disengaged. Like an automobile’s transmission, the clutch and chronograph wheel are equipped with helical gears that smoothly engage as the clutch comes down. The limited-edition Laptimer, of which only 221 examples will be made, benefits from a significant amount of adjustment—and its price tag reflects this fact.

The Memoris chronograph from Louis Moinet will also be produced in extremely limited numbers. The discovery of an original Louis Moinet chronograph that is estimated to be one of the very first to feature a relatively modern version of the function spurred the creation of the Memoris, which Schaller envisioned as having the historical feel of a single pusher accompanied by a uniquely contemporary twist. Using the capabilities of Louis Moinet’s technical partner Concepto, Schaller placed the chronograph mechanism in an openwork arrangement at the front of the watch, where the movement and its finishing can readily be admired.

“Since everything is on the face of the watch, everything has to be perfect,” says David Olafsson, the watchmaker at Concepto charged with assembling the Memoris. As Olafsson describes the delicate processes necessary to complete his task, his voice divulges a strain of emotion that any aficionado of the chronograph—or, for that matter, of watchmaking in general—can certainly appreciate. “The angular precision for these adjustments is enormous,” he says. “But once well adjusted, assembled, and regulated, I get a real sense of accomplishment. It’s a real watchmaker’s watch.”