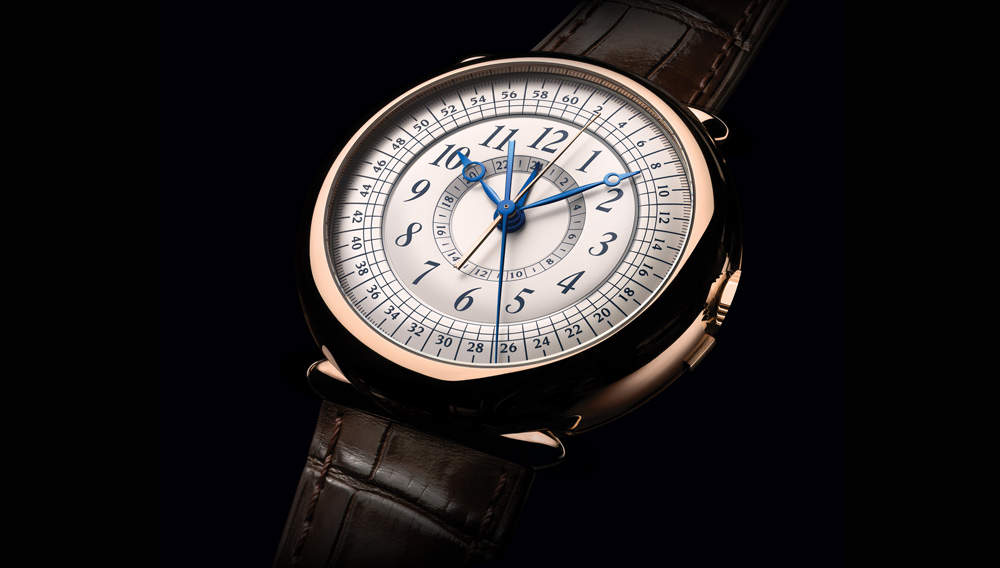 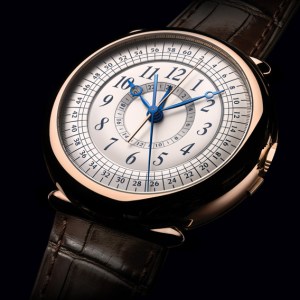 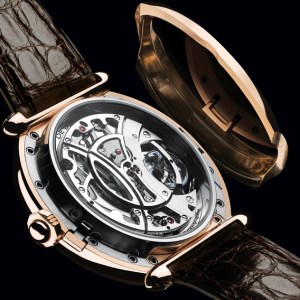 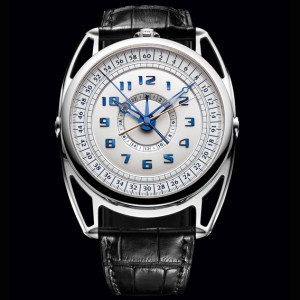 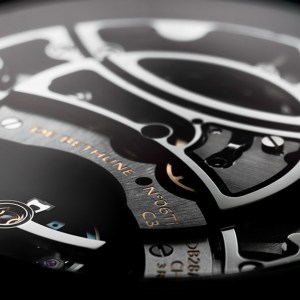 Prized as scientific instruments, the timepieces crafted for 18th-century astronomers were distinguished by precise escapements and uncluttered dials. The preferred layout was a central pivot for all three hands with split-second markers around the circumference. To measure star transits, the movement could be stopped with a lever, a makeshift timer that wreaked havoc on day-to-day timekeeping.

This fundamental shortcoming was addressed by the 19th-century invention of the chronograph, which mechanically separated the stopwatch but at the cost of legibility. Subdials proliferated, leading to the complex chronograph displays now taken for granted by everybody . . . except Denis Flageollet.

The lead watchmaker for De Bethune, Flageollet was inspired by classic stopwatches to create a contemporary chronograph with 18th-century visual simplicity. “We wanted to attain the readability seen in scientific instruments,” he explains. “At the same time, we wanted to build an instrument able to measure a long count, so we chose to create the first wristwatch made with five

First revealed as an experimental prototype in 2006, the Maxichrono featured two-handed timekeeping and a 24-hour chronograph, all on a single axis. The chronograph separately tracked hours, minutes, and seconds. Start, stop, and reset functions were controlled by a monopusher inside the winding crown. At first glance, the watch could not have looked more basic.

But as Flageollet is quick to point out, the external simplicity was inversely proportional to internal complexity in both architecture and fabrication. “The materials, techniques, and functions are radically different from what exists in the chronographic field,” he says. He estimates that the development process for the Maxichrono and the new Maxichrono Tourbillon has been four or five times more intensive than usual for De Bethune, seriously straining the small brand’s limited resources.

“The only way to achieve such a chronograph architecturally was to separate each of the three counters, which means having three different mechanisms with three clutch systems and three column wheels,” Flageollet explains. “The hour counter is driven by a horizontal clutch system, the minute by a shifting pinion, and the seconds by an absolute clutch, which is a De Bethune patent.”

What makes the absolute clutch special, he notes, is that the chronograph gearing is totally isolated from the act of timekeeping when the chronograph is not running. “This is not the case on standard clutch systems, where the wheels and pinions bring additional friction whatever the position.”

Decreasing the frictional effect of the chronograph was not Flageollet’s only run-in with friction. To mount all five hands coaxially, he had to nest five hollow tubes with perfect centering so that they never touch. “After the precise work of the CNC, the axes are hand-finished with a bow,” he says. “It takes mastery of both high-end technologies and traditional techniques.”

Between tradition and technology, Flageollet professes no preference. His split allegiance is visible in the combination of classicism and novelty characteristic of all De Bethune timepieces. Yet the Maxichrono makes his time travels explicit: It is a 21st-century wristwatch fit to catch the eye of an 18th-century scientist.  —Jonathon Keats