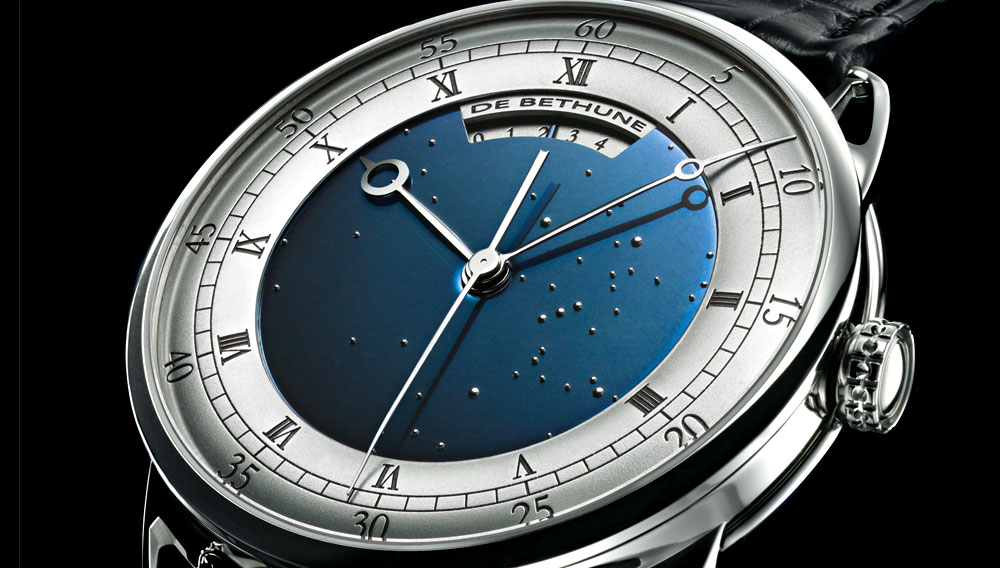 What if Abraham-Louis Breguet were alive today? If he were privy to modern materials and technologies, what might he have invented? These questions beguile Denis Flageollet, who routinely asks himself the same about lesser-known pioneers of watchmaking, such as the 17th-century abbé Jean de Hautefeuille, who intuited the hairspring by observing the effects of hog bristles on primitive balance wheels, and Ferdinand Berthoud, who refined the chronometer in the 18th century by testing his watches in the varied atmospheric conditions of the Jura. “Berthoud was a mountain man,” Flageollet says with an extra measure of reverence. “When I was young I wanted to make a career out of climbing mountains.”

At the time, Flageollet was not so interested in making watches. His father and grandfather were watchmakers, and he’d helped at his grandfather’s bench since he was 3 years old. “From an early age, I learned the tools, and also the smell of gold and steel,” he says. “For me, watchmaking was the easiest way to make a living.”

His passion for the trade came only after he’d completed his formal training and taken a job as a technician at the Musée d’Horlogerie du Locle, where he encountered historic complications by Jaquet Droz and the Frères Rochat. “I started to study what they had done, and to consider what could be improved,” he recalls. “At the same time, their craftsmanship set a standard for me, so that now I cannot do bad horology.”

In fact, Flageollet’s perfectionism nearly defeated him. Hired to repair watches in the workshop of Michel Parmigiani—who restored the most challenging pieces in the Locle museum collection—Flageollet was taken under the wing of Parmigiani master watchmaker Charles Meylan. One of Meylan’s projects was to develop a perpetual calendar for Breguet. After sharing a prototype with Flageollet, he gave the young man some metal plates and asked him to make a new version by hand. “By the time I was done, I knew I had a lot to learn,” he says. He reckoned it would take another 10 years of work just to master the craft.

After spending seven of those years in his own atelier, constructing unique watches on a small mountain farm, Flageollet joined François-Paul Journe and Vianney Halter to launch THA. They intended the company to be a platform for creating their own watches, but most of their days were spent assisting other brands. Designing some of the first timepieces for Leroy, Flageollet began collaborating with another THA partner, David Zanetta. They swiftly discovered that they had similar ideas about watchmaking, ideas that set them apart from virtually everyone else in the industry. “We have the same culture,” Zanetta says. “We both have a background in antique watches and clocks, and we believe that a knowledge of history can be used to improve both the performance and the finish of a watch. So we both wanted to do what no other brand was doing, to make the highest-quality up-to-date watches.” They began that quest when they left THA to found De Bethune in 2002.

One of their first tasks was to create their own calibre. “As a small company, we couldn’t rely on suppliers, who give priority to their own brands,” Flageollet explains. “And in any case the escapement system had ceased to evolve.” Flageollet and Zanetta restarted the process by considering the fundamental physics, as the Abbé de Hautefeuille might have done. Since the optimal balance would have infinite inertia and zero friction, the wheel ought to be as heavy as possible at the perimeter and as light as possible in the center. The first version, patented in 2004, featured a platinum ring around a titanium core. Within a few years, the titanium had been replaced by silicium, complemented with a silicium hairspring made in-house using a state-of-the-art process called proton beam writing.

The process of invention is ongoing and endless. At De Bethune, Flageollet and Zanetta spend many hours discussing new innovations. “It’s like a conversation between two children,” says Flageollet. “It’s like playing a game.” Sometimes they communicate with just gestures and drawings. Then Flageollet withdraws into his private atelier, a room outfitted with all his own tools and an old-fashioned lathe, which he refers to as his “personal manufacture.” Surrounded by cogs and springs, often he appears not to be doing anything, but nobody disturbs him. For though he’s physically there, his thoughts may be centuries away, inside the brilliant mind of Berthoud or Breguet.