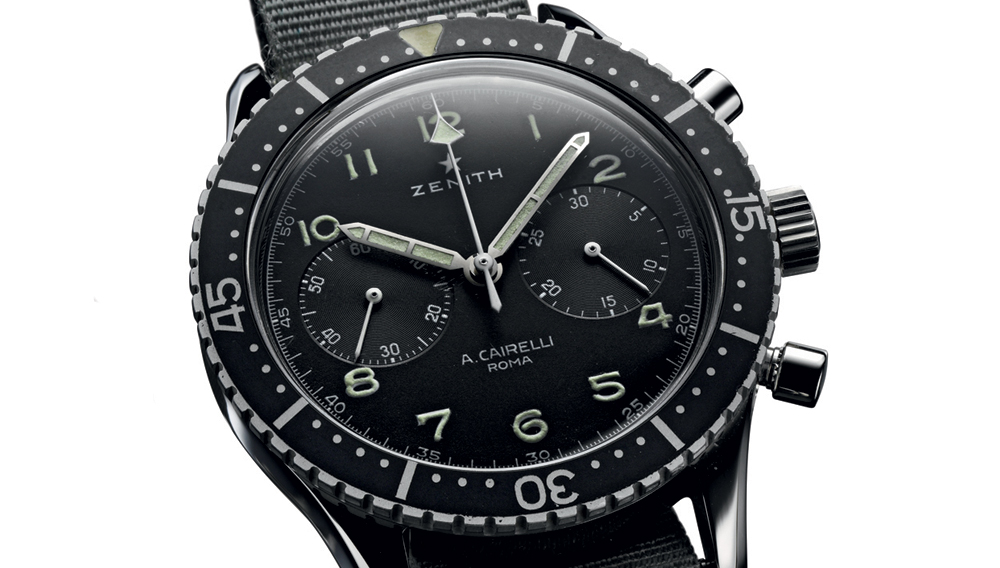 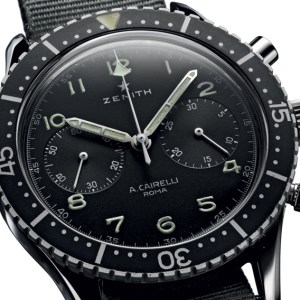 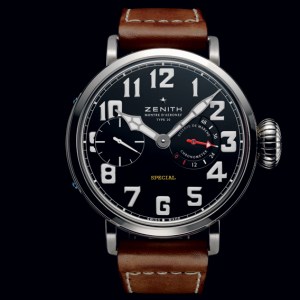 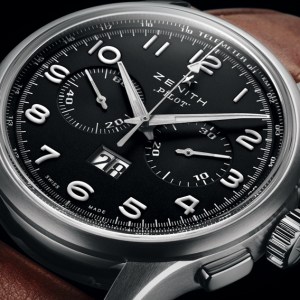 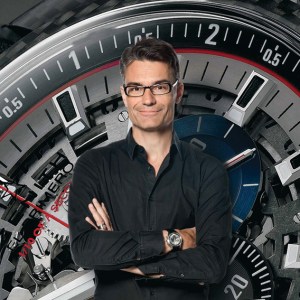 History and a host of details drive Zenith’s pilot watches.

“The first time I saw the Zenith archives, I was totally amazed,” recalls independent Swiss watch designer Marcus Ellinger. “There were so many styles, and nobody really knew about the quality and the number of different elements.” A part of Ellinger’s assignment from Zenith CEO Jean-Frederic Dufour (who has since moved on to lead Rolex) was to help develop a certain aspect of the venerable brand’s history:

Dufour’s interest in the designer, who was no stranger to pilot watches, may well have been calculated. A graduate of the prestigious (and now closed) European campus of Art Center College of Design, Ellinger, when he came to the industry, represented a new generation of designers who were fluent in the latest CAD tools. Swiss-German Ellinger’s introduction to watches was at IWC, where among other models, he worked on the brand’s renowned Big Pilot’s Watch.

The prospect of relaunching Zenith’s own long-dormant flying watches was a daunting one. Though it created several striking models in the early 20th century, including one for Louis Blériot, the French aviator who first crossed the English Channel, much of its work was in aircraft panel instruments, which was discontinued before World War II. To make a watch relevant for today and to capture the brand’s early heritage, Zenith settled on a two-pronged strategy: a modern-looking chronograph and a more dramatic piece with historical references.

“From the very beginning, the aim was to create something a bit different from the pilot watches that were known to that time,” explains Ellinger about the new chronograph. “We wanted to have something for everyday use but something that is elegant enough to wear to dinner or the theater.” Ellinger took the large areas of Super-LumiNova—an element of almost every pilot watch for legibility reasons—and chose long appliqués and hands that are more reminiscent of classical watches. “We tried to subtly separate the Super-LumiNova from the dial,” continues Ellinger. “This helps the elements to look organized and well positioned, and gives it a three dimensionality, which was a very important focus for me in developing the dial.”

The second component of the project was to be a much more dramatic and ultimately more complex piece. Containing a historic competition chronometer movement, the first Montre d’Aeronef Type 20, introduced in 2012, was a physically huge watch at 57.5 mm in diameter. The size was an attention-getter, and for Ellinger, an opportunity to refine a host of details that ordinarily might be lost on a smaller canvas. “The challenge,” he says, “was that many of the elements came from board instruments in the 1940s, many of which were not actually timekeepers. The originals were relatively rough, sometimes hand-painted. We needed to give the pieces a little more industrial feel.”

Ellinger carefully studied every surface of the watch, playing with finishes and their reflections, and adding layers of detail. An empty space on the side of the case received a special plate for engraving. A new strap construction was devised to complement the massive case. The soft yet massive crown was reworked many times for the right look and feel. “For me the crown is a very dedicated element that says you are proud to wear the watch,” he adds. “You can really show that it’s meant to be touched.”

For Zenith, successful details spring not just from the pen or computer of designers like Ellinger, but from the network of the brand’s suppliers, many of which are updating their abilities on a constant basis. Close touch with these companies provides Ellinger with industry contacts and a sense of what is possible to achieve. “Suppliers motivate us to go a step further,” he says. “Their capabilities motivated us to design things like the extra long, faceted hands. If you really like watches, it’s all about the details.”