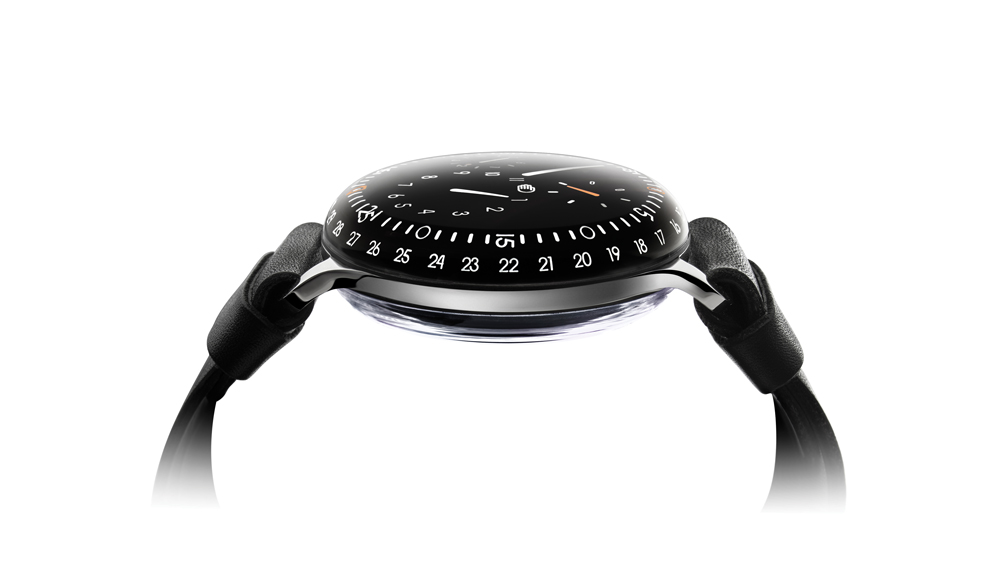 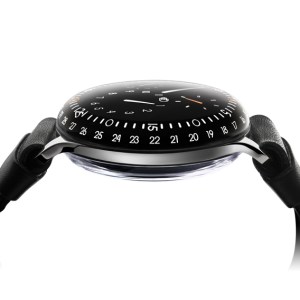 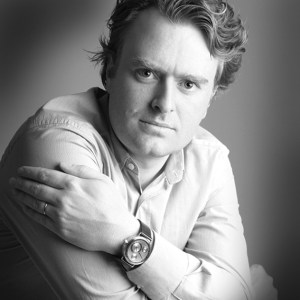 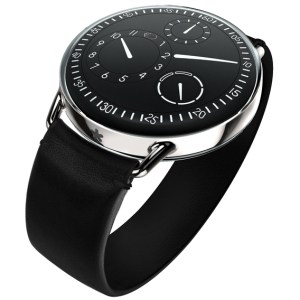 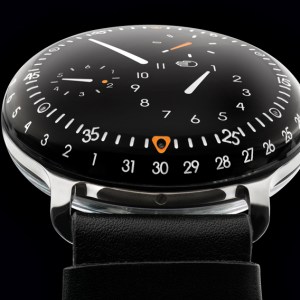 Benoît Mintiens is not fond of diamonds. So when a friend in the diamond business asked him to design a wristwatch, he gave no thought to clarity and cut. “Let’s not consider a diamond as something beautiful, but as something functional,” he says. Drilling small holes into the stones and embedding them with fiber optics, he transformed the diamonds into pixels on a digital display panel.

Mintiens is a Belgian industrial designer, accustomed to building commuter trains and kitchen appliances, among other practical items. Inclined to think in terms of efficiency and ergonomics, he can give even bling a sense of purpose. Although his digital diamond timepiece never went into production—preempted by a similar watch launched by TAG Heuer—Mintiens has only deepened his commitment to functionalism with the development of his own watch brand. “I chose to take the essential function of a watch and to maximize that,” he says. “The essential function is to tell you the time. A Ressence watch is as close as possible to the essential.”

Mintiens began by considering what was extraneous. “The crown and the hands of a watch are archaic things,” he insists. A crown is far too small to manipulate easily, and overlapping hands add unnecessary depth to the watch face, making the dial needlessly difficult to read. As an industrial designer, Mintiens felt no compulsion to retain the traditional attributes of a mechanical timepiece. In place of the hands, he designed a module that shows the time on revolving discs pressed flat against the crystal, and he moved the winding and setting mechanism from the crown to a rotating case back.

At first Mintiens intended only to make a watch for himself. Then in 2009 he visited the Palace Hall at Baselworld, where he saw the watches made by independents including Urwerk and Cabestan. “It opened my eyes to what was possible,” he recalls. “These were small brands started by one or two guys. I said, ‘Next year I will stand here with my own watches.’”

To achieve that feat, he had to fabricate several prototypes, but he knew no Swiss suppliers. So first he bought some ETA components to visualize the gears, and then designed parts made locally in Antwerp, improvising where necessary. The gears he needed were laser cut. They turned on axles he made from sewing needles rotating inside syringe needles. Though of questionable durability, his prototypes worked well enough to communicate his concept and to attract orders. By 2011, he had gone into production. There were no more sewing needles, and no laser cutting, either. All fabrication and assembly was done in Switzerland.

But Mintiens was not entirely satisfied with the watch he dubbed the SeriesOne. Though it came close to his ideal, he wondered whether the face could be even flatter. He reckoned that could be accomplished by matching the refractive index of the crystal with some sort of liquid, like the fluid inside a compass. His first attempt was a disaster, ruining a SeriesOne when the solvent he chose dissolved the Super-LumiNova paint. “It looked like a snow globe,” he recalls. He sought alternative liquids from an antique compass repairman, who informed him that old nautical compasses were floated in petroleum.

Mintiens could not pour petroleum directly into the movement, of course. The module containing his revolving discs had to be hermetically sealed, and then magnetically coupled to the ETA’s gear train. “It became a kind of screen,” he says of the effect. “It maximizes the surface. The watch is dematerialized and becomes an expression of time.”

Last year Mintiens released his liquid-filled watch as the Type 3. He refers to it as his “concept watch” because it fully embodies his philosophy. His earlier air-filled model, which he considers “more mainstream,” has become the Type 1. A sporty Type 2 is now in development.

Even this numerical categorization is by design, rationally organizing Ressence watches by technological complexity, cost of manufacture, and retail price. “Industrial design is a holistic discipline,” Mintiens asserts, enumerating the factors that make a product succeed, including engineering, ergonomics, aesthetics, and economics. “With an industrial product, you have to take all of these dimensions into account before you design anything. I’m applying that multidimensional methodology to mechanical watches.”

Up Close: In Conversation with Lojistic’s Luke Kupersmith