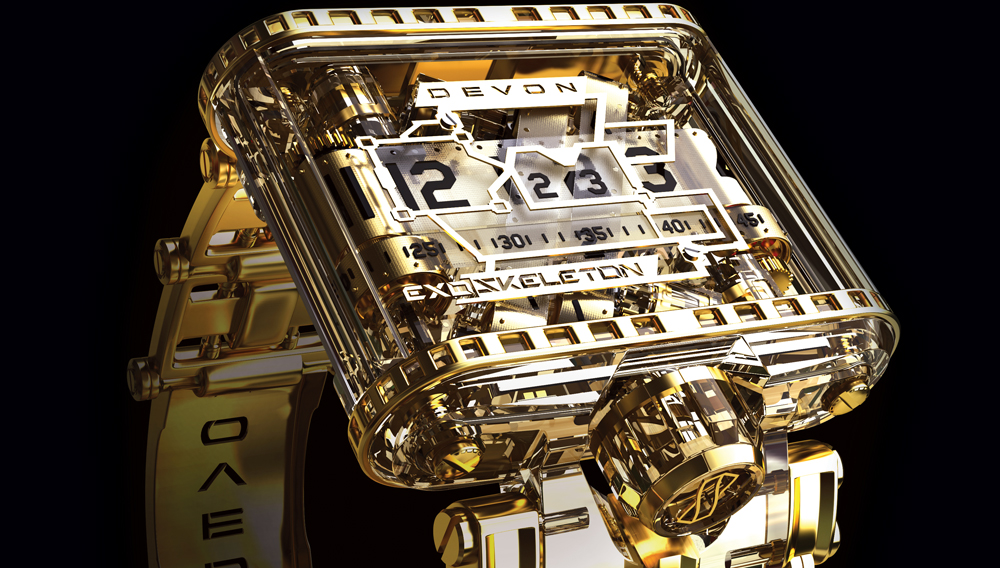 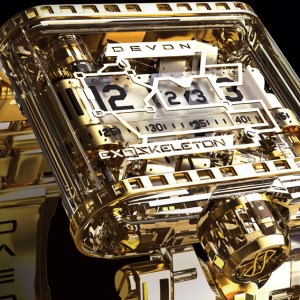 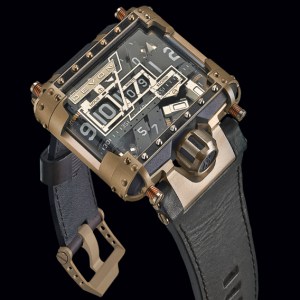 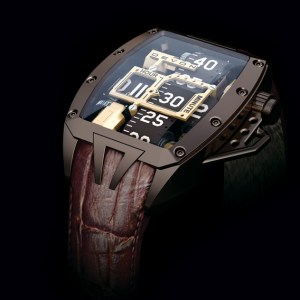 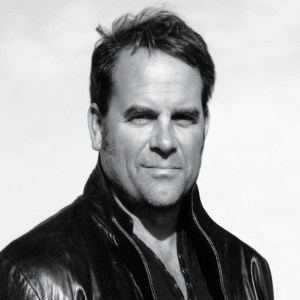 Jason Wilbur received several years ago when he showed Honda executives some drawings he had made illustrating a concept car and related accessories. Included in these was a wristwatch that showed time on rotating belts—originally just an embellishment on his automotive design. By now, most watch aficionados are glad he took the executives’ suggestion. The watch he designed, developed by a fellow maverick car designer named Scott Devon, is provocative for the use of alternative technologies from those normally employed in Switzerland.

Devon’s approach to building the watch, dubbed the Devon Tread 1, was influenced as much by location as a sense of doing something different. Instead of jetting to Switzerland, he drove just north of his Los Angeles–area base to meet with an aerospace electronics company. “At the time, there were a lot of hybrid cars in development, like the Tesla and the Fisker,” says Devon. “That got me thinking that the watch could be mechanical with a power source that was electric. The aerospace engineers are used to making the impossible possible, so they weren’t afraid of tackling this.”

They also did not hesitate to source supplies totally alien to a watchmaker’s bench, including microstep motors designed for medical pumps and glass-reinforced nylon belts made for cockpit gauges. “We were able to learn from many different industries,” Devon observes. When he powered up the first prototype in 2009, the watch was a hybrid in every sense of the word. It was also strikingly similar to Wilbur’s original drawings. Devon says that was deliberate, and sees it as a core value of his brand. “The renderings are the goal,” he says. “Generally if you throw one of these projects at an engineer, they’re going to redesign it, and I think that’s where a lot of projects go sideways and don’t become breakthrough products. So I tell them, ‘Let’s find solutions instead of compromises.’ ”

Devon confronted a greater challenge with his follow-up, Tread 2, which was designed by Marko Petrovic based on another Wilbur concept. The watch was smaller, with just hour and minute treads, intended as a less pricey and more practical “daily driver.” But the outrageous Tread 1 kept grabbing all the attention, making Devon fear that his follow-up would be seen as derivative. “It was just kind of chunky and funky, and the movement looked a little bit raw,” he says. Instead of trying to compete with his first success, Devon decided to move in the opposite direction. “We refined the design and made it more sophisticated.” After putting clients on hold for a year, he revealed a more classical tonneau look last year.

That has given him leeway to push the Tread 1 to ever-greater extremes, with his Steampunk and Exoskeleton special editions. “I’ve always been fascinated with H.G. Wells, which influenced the design of the Tread 1,” Devon says. “The influence must have come through, because we had some comments that the Tread 1 was sort of steampunkish. That made me think we could make this a really authentic steampunk product using materials like bronze.”

The Exoskeleton, on the other hand, emerged from Devon’s desire to skeletonize his watch—revealing the hybrid mechanism—while avoiding the traditional design approach to skeletonization. “So I did a deep dive into what an exoskeleton is,” says Devon. Led by Petrovic, his team started by making internal components transparent wherever possible, and substituting much of the metal casing with polycarbonate crystal. Then they shielded the fragile polycarbonate in a cage of metal, carrying the visual language of caging into the lugs and bracelet. The resulting watch is paradoxically both lighter and heftier than the original Tread, and nothing like any skeleton watch on the market. “I thought it would be cool to do it in reverse, like an arthropod,” says Devon, “with the skeleton as a protective armor.”

“Doing it in reverse” could be the Devon slogan, embodying everything from the brand’s design-driven engineering to Scott Devon’s renegade personality. In fact, after putting horology in overdrive with aerospace electronics, the Pasadena, Calif.–based company is now beginning to collaborate with master watchmakers in Switzerland. It turns out the high-tech nylon belts are light enough to run on a mainspring. The next Devon release is going to be an old-school wind-up.