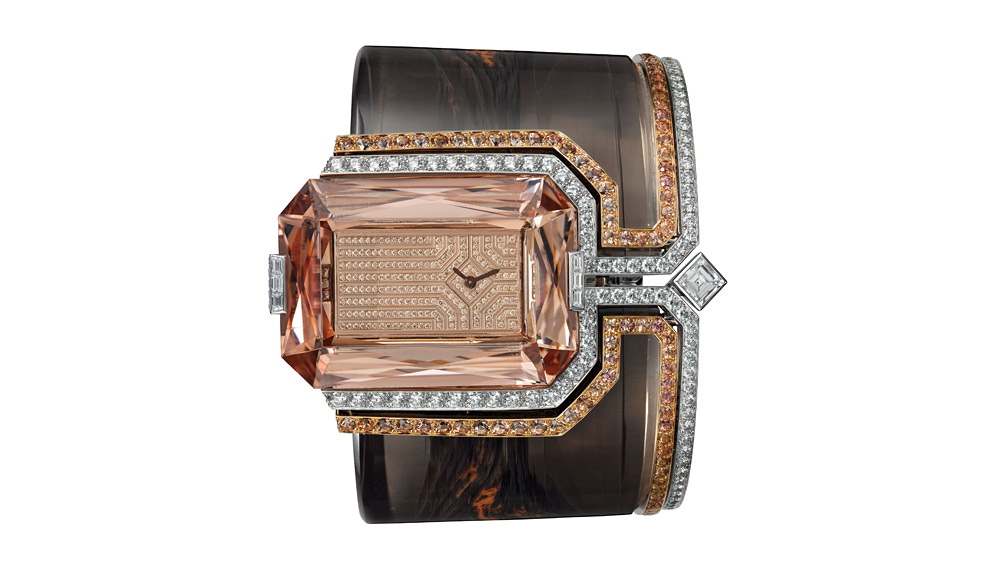 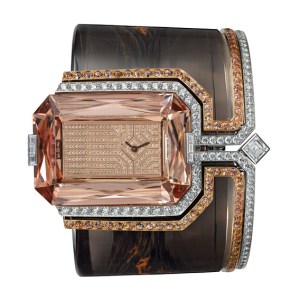 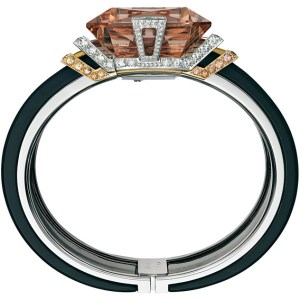 The early 20th century was a bold period for the arts, as modernism transformed music, literature, and paintings. In the design world, too, a new vernacular took hold: A visual language that emphasized rectilinear shapes and lines captivated attendees of the 1925 International Exposition of Modern Decorative and Industrial Arts in Paris, where an influential new aesthetic, later called art deco, prevailed. No exhibit better epitomized this style than that of the jeweler Cartier (www.cartier.com), whose innovative work combined Roman, Egyptian, Indian, and Chinese elements with striking geometric forms.

This spirit of experimentation and commitment to craft also informs the house’s recently completed jeweled obsidian watch—a risky and ambitious endeavor on the part of the master gem cutter who spent months painstakingly carving a 260-pound block of obsidian into a softly rounded, translucent cuff that reveals the original stone’s internal waves of muted amber, orange, and black. A single misstep easily could have cracked the cuff, wasting months of work. In all, Cartier’s artisans invested more than 1,700 hours in this piece, whose 144-carat, octagonal, translucent-pink morganite stone is positioned atop a diamond-pavé watch dial. The cuff’s lines, which subtly recall the art deco period, are accented by inlaid borders of white diamonds and orange sapphires, as well as an elegant square-shaped diamond push-piece.