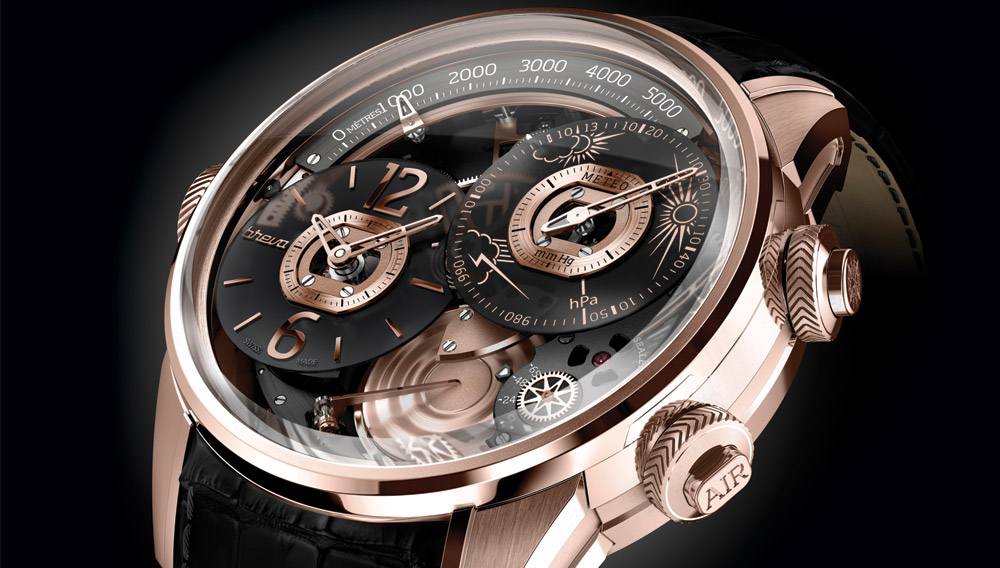 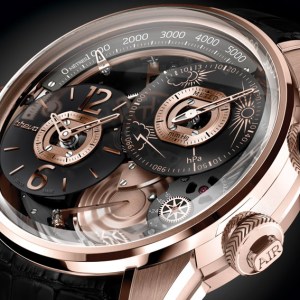 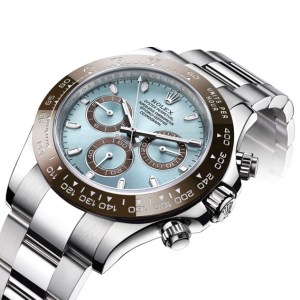 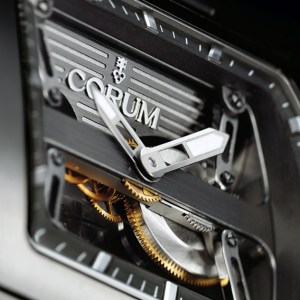 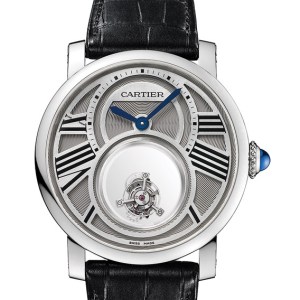 It was only a matter of time before some enterprising Swiss exploited the mechanical aneroid barometer concept and turned it into a modern, display-oriented wristwatch. The Génie 01 ($150,000 in red gold) from the new watch company Breva is precisely such a timepiece. The centerpiece of the watch’s open-works movement is a pair of stacked anaerobic capsules, mechanically linked for better accuracy. A metal finger gauges the height of the capsules—and therefore the atmospheric pressure—which is then displayed on the dial. Since air pressure can be used both to gauge altitude and to forecast weather, Breva has crafted overlapping displays that do both. Adjustments on the crown fine-tune the altitude and equalize the pressure inside the watch, which are essential for obtaining accurate barometric readings. —James D. Malcolmson

The slightest whiff of rarity is enough to create a considerable stir among Rolex collectors and aficionados. With 2013 being the 50th anniversary of the brand’s iconic Daytona model—some references of which have been very hard to get—anticipation as to what the company might announce was palpable. What was actually released, the Cosmograph Daytona ($75,000), was certainly exclusive: It is the first-ever platinum edition of the Daytona, accented by an ice-blue dial that is available only on the platinum watches in the Rolex line. The high-contrast brown ceramic bezel and counter rings drew more mixed reaction—some enthusiasts labeled the combination “the Bruiser.” With the tightest and most nimble controls over its production in the Swiss watch industry, Rolex, if it so desires, will be able to create a very real scarcity of these pieces, which to many investment-minded collectors will be more than enough to make any quibbles about coloration a distant memory. —Carol Besler

Spurred by the success of its Golden Bridge design, which was revived from its archives almost 10 years ago, Corum has built a similarly styled range of Ti-Bridge watches (named for its use of titanium) that possess a similar look, but not the higher cost of the specially re-engineered Golden Bridge movements. Ingeniously, the Ti-Bridge movements have adapted widely used movement parts into the company’s unique in-line architecture. The new automatic model ($22,300) has substituted two small, connected rotors for the single large-radius rotor that usually accompanies this kind of winding mechanism. The twin configuration makes up for the loss of leverage and winding power of the smaller rotors and perfectly fits the width and axis of one of Corum’s most distinctive signatures. —James D. Malcolmson

While Cartier’s masterful Rotonde de Cartier Mysterious Double Tourbillon ($177,000) debuted to great fanfare, this modern homage to the brand’s famous mystery clocks of the 1920s had to be redesigned in the middle of its development. A late decision to qualify the piece for the Geneva Seal—like many of Cartier’s recent high complications—meant that key components, including the tourbillon cage and the sapphire disks that create the impression that the tourbillon floats, had to be completely redesigned. Parts of the watch, such as the way the balance spring is fixed, the way the disks attach to metal components, and a host of specific finishes, had to be altered in order to meet the strict standards laid out by the newly redefined Geneva Seal. Cartier’s now impressive industrial capabilities, with specific facilities in Geneva for this kind of work, make this kind of hiccup yet another invisible quality of this timepiece. —James D. Malcolmson

If you look at the hand-painted scene on the dial of Jaeger-LeCoultre’s Master Grand Tourbillon Enamel (price upon request), you may find yourself marveling at the remarkable sense of depth and dimension that the company’s miniature painters have imparted to the depiction of a pair of cranes amidst the reeds. The company’s in-house enamel ­department—one of the most long-standing in the business—has cleverly applied enamel to the inside of the sapphire crystal as well as on the partially engraved dial. Turn the watch slightly and you will see that the technique creates an unusually strong sense of perspective. Textured engraving on the sides of the case also creates a shimmering tromp l’oeil effect that matches the baguette diamond setting. —James D. Malcolmson

When IWC decided to align its Ingenieur line of wristwatches with the Mercedes AMG Petronas Formula One race team, one of the obvious benefits was the opportunity to utilize a tantalizing slew of race-oriented shapes and materials. None of the new Ingenieurs do so more radically than the Ingenieur Automatic Carbon Performance ($26,400). While carbon fiber in a racing-themed watch can be interpreted as trite, IWC went much further in this limited-edition timepiece. Rather than relying on pre-made carbon inserts and accents, the company attempted a traditional epoxy/carbon lay-up for the entire case—the same technique used in performance cars and boats. While it saves weight and looks stunning, the large surface of epoxy and carbon is particularly vulnerable to scratches. IWC says it has a special (and undisclosed) process for fixing such damage, but more than likely, there is an auto body shop somewhere in Switzerland that is now missing an employee. —James D. Malcolmson

Those who have purchased Arceau Le Temps Suspendu ($19,400), Hermès’ eccentric time-stopping watch that received wide acclaim for its originality when it was launched in 2011, may not be aware of one of its most attractive qualities. The mechanism that separates the hands from the rest of the movement—moving them into a suspended “time-out” position and then returning them to the accurate time—is actually a separate assembly or module from the movement, and was crafted by independent specialist Jean-Marc Wiederrecht. In the watch industry, Wiederrecht is known as a master of unusual time displays. He also has a peculiar tendency to decorate his components elaborately, even when they cannot be seen. The Arceau Le Temps Suspendu module may be his master stroke in this regard, with delicate, lattice-like cutaways on the levers and cams. It is a beauty to behold, but with the dial, the view, unfortunately, is also suspendu.  —James D. Malcolmson