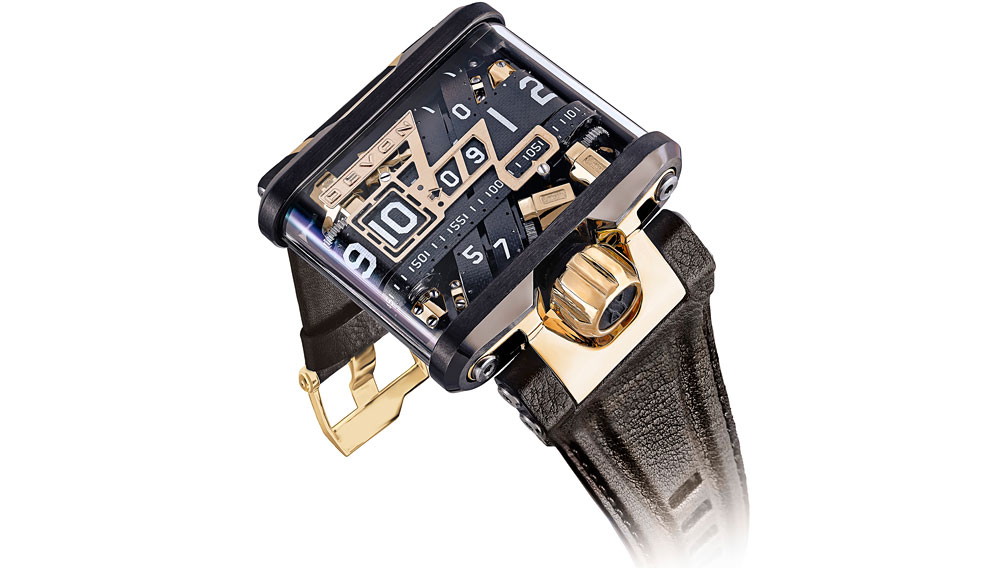 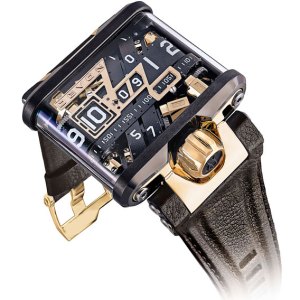 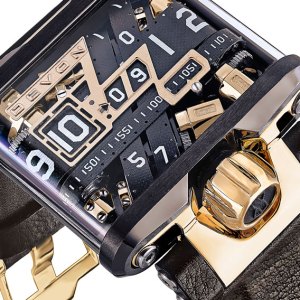 Devon Works managed to win over die-hard collectors and become a finalist in the 2010 Geneva Grand Prix for the eye-catching and innovative design of its Tread 1 series of watches—even though they run on a battery. Now the Los Angeles design lab, which is known for its work in automobiles, motorcycles, and most recently watches, has released a new version of the timepiece with 18-karat-gold hardware.

The Tread 1G ($35,000) features Devon Works’ signature Time Belts—nylon-and-fiberglass conveyor belts that display the hours and minutes—which, in lieu of traditional complications, prove the complexity of the piece. To design the watch, the company employed talent from the United States aerospace industry, who adapted the mechanism from the indicators found inside airplane cockpits. Many of the stainless-steel details from the earlier models—including the crown, the strap clasp, and the movement’s motor covers and indicator plate—are redone in 18-karat yellow gold, and the stainless-steel case is coated in diamond-like carbon (DLC).

The Tread 1G is made to order and takes approximately two months to complete. A serial number, along with the signature of the company’s founder, Scott Devon, is etched into the caseback, which conceals an internal battery that lasts up to two weeks and comes with a wireless charging system. (310.402.1530, www.devonworks.com)