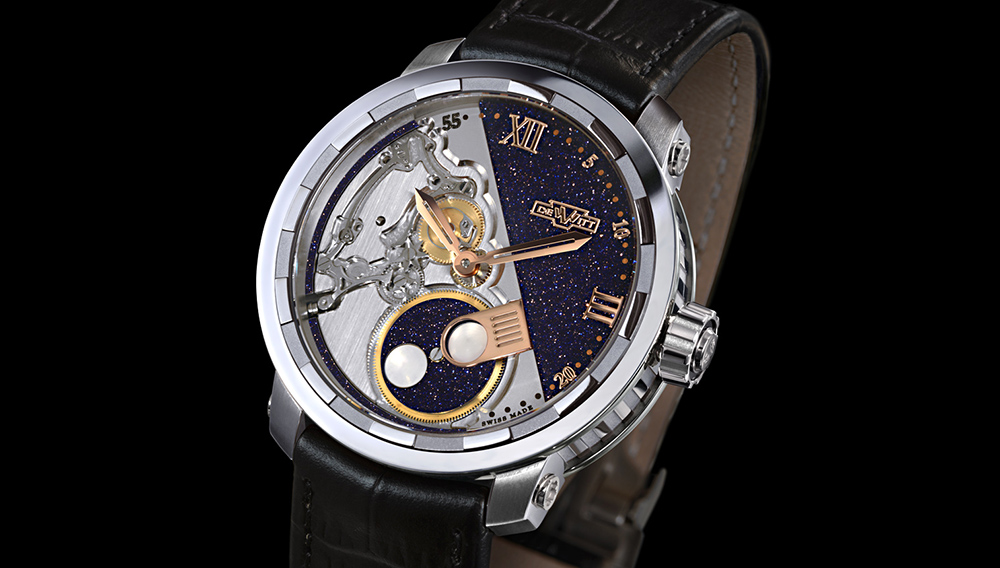 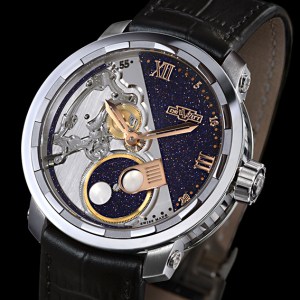 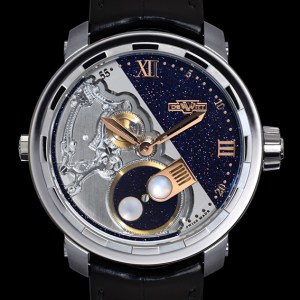 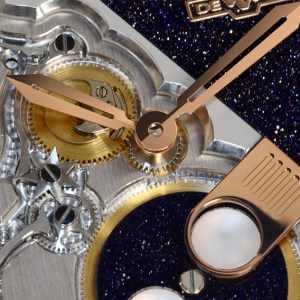 Though the watches of DeWitt’s Twenty-8-Eight collection have featured their fair share of avant-garde design elements, the new Twenty-8-Eight Full Moon may be its most unconventional design yet. The Full Moon’s dial is roughly divided into right and left halves, representing the terrestrial and celestial realms, respectively. The left half of the dial is partially skeletonized, which creates a three-dimensional effect meant to evoke the contours of the earth. In contrast, the right side of the dial is fashioned from blue goldstone, a type of glass that contains innumerable tiny copper inclusions resembling twinkling stars in the night sky. The watch’s moon-phase indicator is located on the lower half and consists of a subdial also made from blue goldstone. Two mother-of-pearl discs representing the moon slowly pass under a rose gold–colored aperture—meant to evoke a telescope—to reveal the portion of the moon currently visible. Though unconventional, the $30,600 Twenty-8-Eight Full Moon is still very much a DeWitt timepiece: The sides of the watch’s titanium case are decorated with the brand’s “imperial columns,” a striped motif that has become a hallmark of its case designs. (www.dewitt.ch)