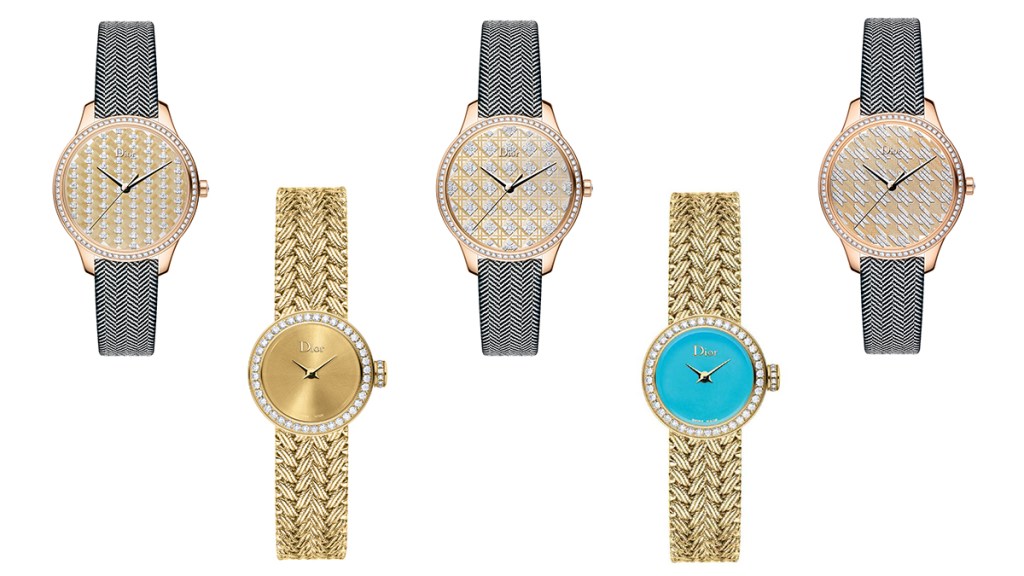 It’s a big year for Dior, and the team from Dior Horlogerie has unveiled five new watches that tip their hat to the brand’s momentous 70th anniversary. Designed to revisit and reimagine Dior’s dress codes, these new versions of the La Mini D de Dior and Dior VIII Montaigne draw influence from the iconic fashion house in unexpected ways.

In the case of the Mini De Dior Satine Tressée—French for Braided Satin—it’s all about the bracelet. Meant to mimic the ribbons frequently seen in Dior’s design, the bracelet is woven of thousands of gold fibers. The artisans involved in its creation work with a knitting machine to build the golden threaded pattern, then finishing the bracelet with extensive polishing. The glimmering gold dial variant will not be a limited edition, however its bright teal sibling is a one-of-one release heading for the U.S. market (price upon request).

The three editions of the Dior VIII Montaigne also use gold fibers in their creation, though in a much different form. Each edition (limited to eight pieces each) features a stunning geometric patterned dial featuring golden strands amidst a smattering of diamonds.  Each pattern used—herringbone, caning, and houndstooth—are ones that have become engrained in the brand’s vernacular through its seven decades of operation. The latter played a role in the brand’s inaugural fashion show on February 12th 1947 on a white and beige Oxford Suit, and has continued to appear in a variety of forms through the decades.