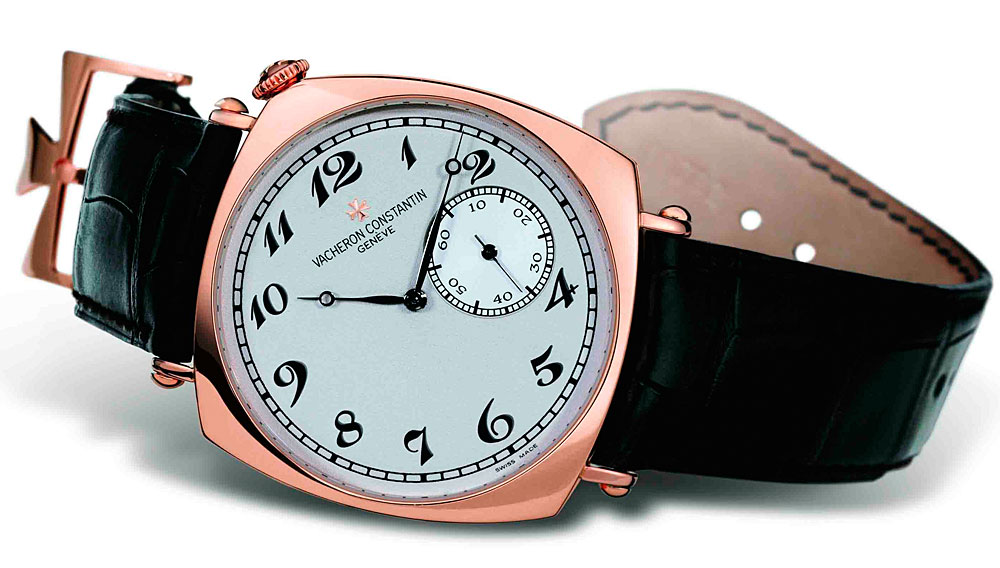 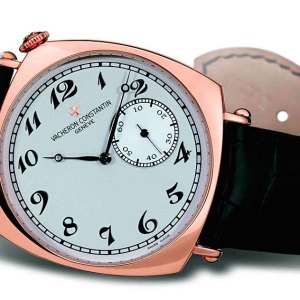 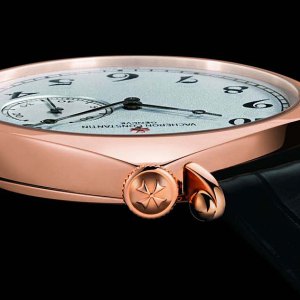 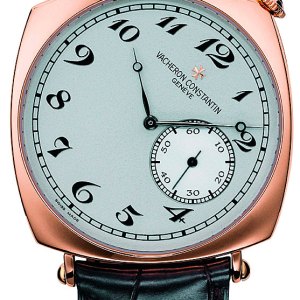 Vacheron Constantin recently displayed a selection of vintage watches made exclusively for the American market at its Geneva boutique (and former headquarters), known as the Maison. One of these pieces from the 1920s—featuring a curiously offset dial with the crown and 12 o’clock indicator positioned at what would normally be 1 o’clock—inspired the Historiques American 1921 ($24,900), the latest addition to Vacheron’s Les Historiques collection that revives emblematic vintage models.

“Driver’s watches were a trend in the 1920s and 30s especially in the American market with the development of the car industry,” explains Dominique Bernaz, director of Vacheron’s Atelier Cabinotiers special-order division and an American car enthusiast who has spent years restoring a 1929 Chrysler 75. The quirky positioning of the hour numerals and the crown are intended to facilitate reading the time while steering a car. This dandy of a timepiece with its 40mm cushion-shaped pink gold case may be based on a Deco design, but inside, it’s strictly 21st-century—the new large-scale manual-winding 4400 movement with a 65-hour power reserve was developed and manufactured by Vacheron Constantin and is stamped with the prestigious Hallmark of Geneva. (877.862.7555, www.vacheron-constantin.com)