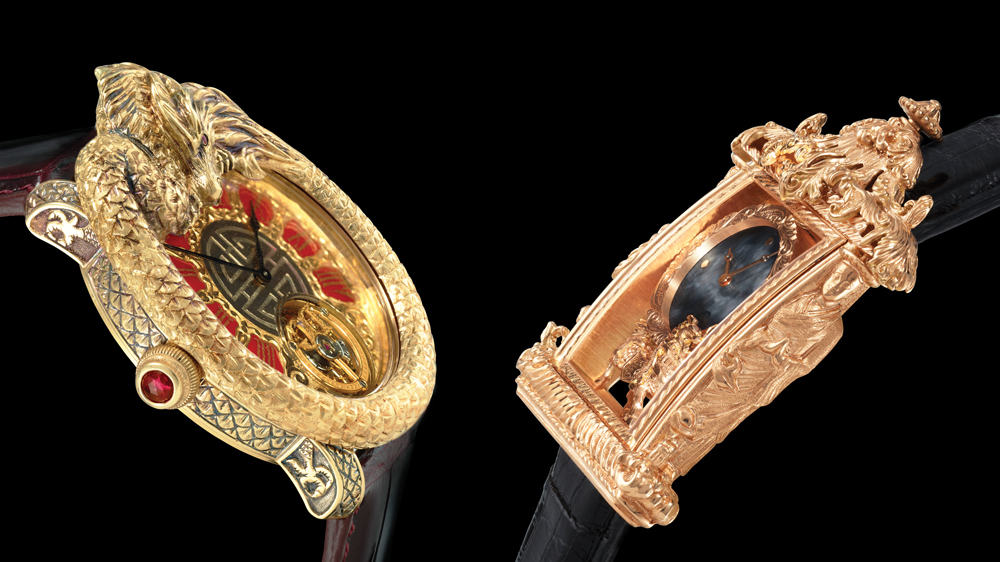 The golden acanthus leaves, filigree, and figurines festooned on a new collection of timepieces from Dolce & Gabbana (dolce​gabbana.it) probably come as a shock to those who are accustomed to the Swiss watch industry’s more conservative lines. The ornamentation of Alta Orologeria takes cues from Italy, including the Sicilian baroque architecture that has long inspired the brand. Although these references contrast with watchmaking north of the Alps, a closer inspection of the pieces reveals attention to detail that would warm the heart of any Swiss artisan: Every surface has been finely engraved by hand.

“The collection comes from the high-end couture clothing the brand does for a very select clientele,” says Walter Veneruz, director of the Alta Orologeria program. “From that, we began making high-end jewelry several years ago. These were extraordinary pieces with a great deal of handwork. The watches, which we are bringing out this year, are an extension of that.”

Of the four one-of-a-kind timepieces that debuted in January at Dolce & Gabbana’s Alta Sartoria Show, three are high complications with movements by Manufacture Hautes Complications (MHC), a Swiss specialty house. The fourth, time-only watch is powered by a vintage movement that was restored by Dolce & Gabbana and MHC before undergoing a similar decoration process. 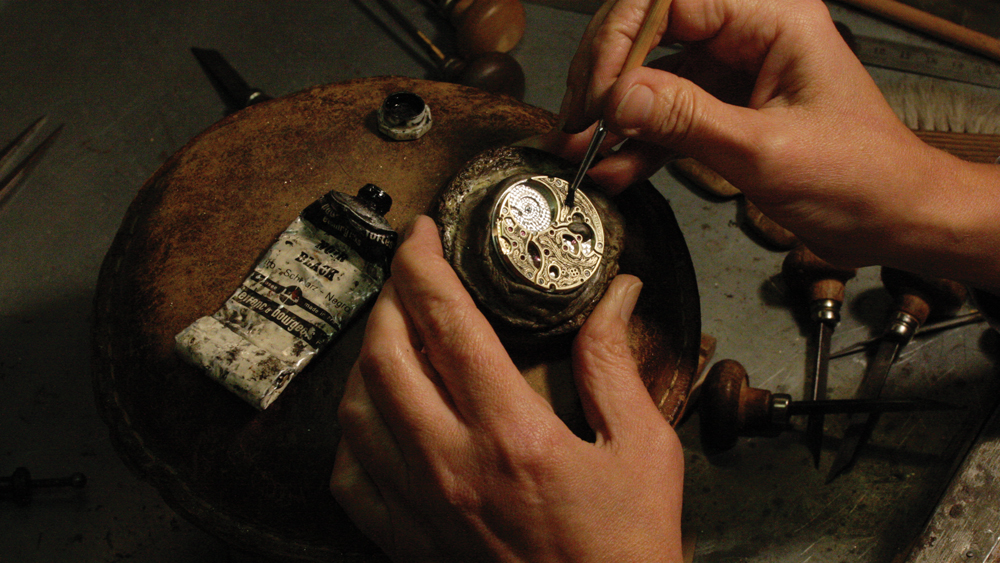 That Dolce & Gabbana has taken on significant manufacturing—including fabrication of the cases, dials, and hands—is unusual, given the brand’s status as a relative newcomer to watchmaking. The cases are cast and then hand-carved and engraved. Such involved steps do not easily lend themselves to modern serial production, but they do allow for a high level of creative freedom. The tourbillon minute repeater in this first Alta Orologeria line has an elaborately decorated case over a hand-polished jade dial. A later version will feature a micromosaic dial inspired by the floor of Sicily’s Duomo di Monreale.

“Mr. Gabbana loves to do unique pieces,” says Veneruz. “They’ve done research on antique techniques, not just in jewelry but in watches as well. The watches are created in that spirit. Everything must be made by hand.”

This Ultra-Rare Rolex Dive Watch Could Fetch up to $2.6 Million at Auction

Bell & Ross’s New GMT Watch Was Designed for Travel, But Looks Good Around the Block