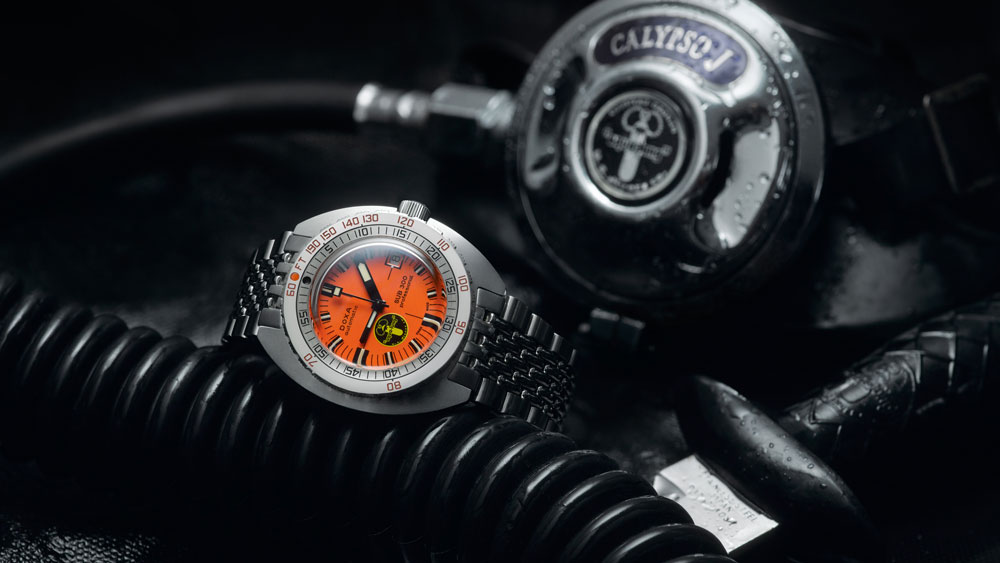 Digital-primary watch launches have become a growing trend amongst a surprising number of brands in the watch industry, both big and small. We’ve seen Omega sell out a 2,012-piece limited-edition Speedmaster “Speedy Tuesday” via its website in a matter of hours; Panerai launched and sold a new limited-edition series of green dials via its own microsite; and even Cartier took the unorthodox path of prereleasing the Cartier Panthère via Net-A-Porter a month before it hit global retail.

Doxa has never been a brand to be influenced by trends—focusing their efforts on unique utilitarian dive watches backed by years of history—but earlier this week, the brand dropped cover on its latest limited edition available via its website: the Sub 300 Black Lung. Limited to only 300 pieces, it sold out in a little over 24 hours. The question is why.

For those familiar with Doxa’s history, the answer is simple. First examples of the 1967 Doxa Sub 300 are painfully rare to begin with, but an initial prototype run with the U.S. Diver’s Co. “Aqua-Lung” logo on its dial are considered horological unobtanium. As the story goes, test divers found themselves encountering legibility issues when the minute hand overlapped the dark logo, and the logo inclusion found itself nixed for the initial production run.

As with a number of vintage-themed reissues we’ve recently covered, the new Black Lung is very true to the original. Its case dimensions of 42.5 mm across and 12.4 mm thick, its beads-of-rice bracelet, and its no-decompression-limits scale bezel are identical to the ’67 model, though its domed acrylic crystal has been superseded by a sapphire crystal of the same bubbled form. Adding to the upgrade list, Doxa has enlisted chronometer-certified versions of the ETA 2824-2 movement for the new piece.

On the list of desirable tool-watches out there, it’s easy to see how these 300 examples found homes in a hurry. Thankfully, the non-Black Lung version of Doxa’s 50th Anniversary Sub 300T Professional ($2,490) is still available for preorder if you can stomach not having the limited-edition model.