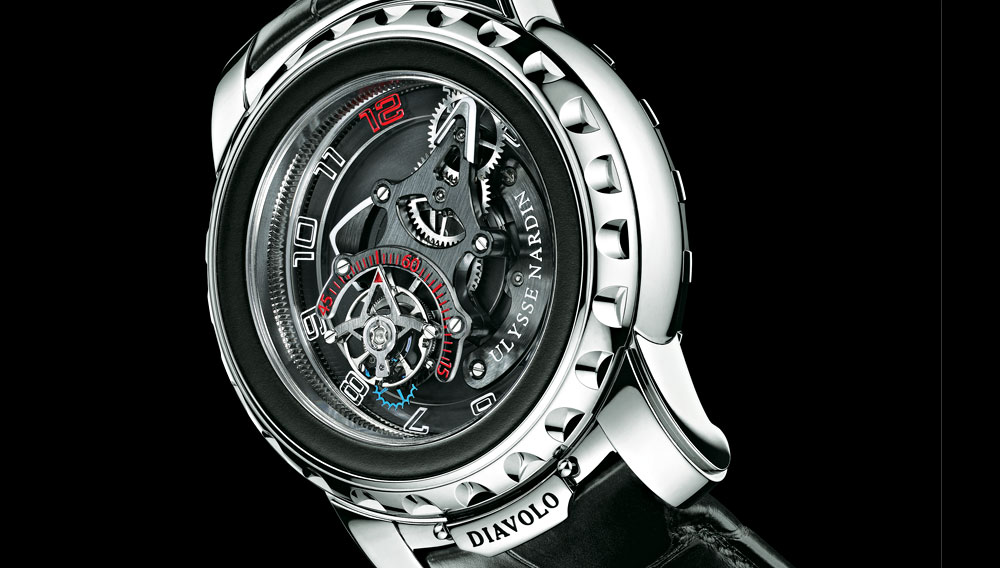 Though dr. ludwig oechslin officially left Ulysse Nardin to direct the Musée International d’Horlogerie in La Chaux-de-Fonds in 2003, his oeuvre and association with the brand will continue to unfold for years to come. With 2009’s Moonstruck, for example, Ulysse Nardin presented Oechslin’s fourth astronomical masterpiece, a specialty that launched his career at the company about 20 years ago with the Trilogy of Time, consisting of the Astrolabium Galileo Galilei, the Planetarium Copernicus, and the Tellurium Johannes Kepler. All of these milestones are traced to a formative experience in his 20s, while working as an apprentice for master watchmaker Jörg Spöring in Lucerne, where Oechslin grew up.

When the Vatican approached Spöring about restoring its Farnese Clock, a remarkable 17th-century astronomical pendulum clock, he suggested his apprentice for the task. As a student of philosophy, archaeology, ancient history, astronomy, and Greek who also held a master’s degree in theoretical physics, Oechslin was no ordinary watchmaking protégé. Over the course of four years, he dismantled the clock into more than 1,000 pieces, repaired them, and painstakingly reassembled them, while recording the experience for his thesis, which earned him doctorates in philosophy, astronomy, and the history of applied sciences from the University of Bern. But what few people may be aware of is that while the whiz kid toiled on this seminal project, he also had a sideline: cooking pasta in a restaurant. “During the Vatican restoration, he did not have a lot of money, so he could not afford to dine at restaurants,” explains Susanne Hurni, communications director at Ulysse Nardin and a longtime friend and colleague of Oechslin’s. “So, by helping with the cooking, he was allowed to eat there. Ludwig’s spaghetti is delicious.”

Another fan of Oechslin’s pasta was his close friend Rolf Schnyder, Ulysse Nardin’s dynamic former CEO who passed away earlier this year. In the early ’80s at a reception at Spöring’s studio, Schnyder saw an astrolabe clock built by the duo. Impressed, he requested to meet the rising star who might be capable of achieving his ambition of building an astrolabe for the wrist. In the middle ages, astrolabes measured time by calculating the height of celestial bodies above the horizon, while also displaying multiple astronomical indications. From his Farnese experience, Oechslin says, “I learned to calculate the rotations and gearings and all that is necessary to make extremely ac-curate astronomical indications. And with that knowledge, I could be creative in other areas.” Still, shrinking the mechanics down for 1985’s Astrolabium Galileo Galilei wristwatch was no small feat. Oechslin cites the Planetarium Copernicus as a personal favorite of the trilogy, because he devised what he considers the simplest possible mechanism for tracking the movements of the planets.

His love of simple, elegant solutions to achieve complex objectives is perhaps the defining characteristic of his work. “You have to have a goal—what you ultimately want to say with the dial, then you try to find solutions,” he says. “The normal way is to find the first solution, which doesn’t completely achieve the goal, and then you make additional solutions to correct the problems. This process requires many parts, which for a lot of watchmakers is the objective—to have as many parts as possible. Now, this is a marketing thing, but it’s OK because a lot of parts can be interesting for collectors. Personally, I do not like this method. I like to find the simplest solution to solve the initial problem, so the fewer parts needed, the better. Though it’s not as impressive to the consumer, it takes a lot more work.”

Oechslin—with his trademark pince-nez, vest, and bolo tie—was so prolific in conceiving watches that, with Schnyder’s blessing, he launched Ochs und Junior to realize his ideas that were not suited for Ulysse Nardin. “The goal of Ochs und Junior is the ultimate simplification of movements,” Oechslin says. His spartanly designed Anno Cinquanta annual calendar concept displays the day, date, and month with an arrangement of holes in the dial and colored indicators underneath. The watch can be read intuitively once you understand the value of each position.

Oechslin’s buddy, Moritz Elsaesser, a Boston-area watchmaker, received a prototype as a 50th-birthday gift. “He is an inventor and the smartest guy I’ve ever met,” says Elsaesser. “He has the ability to think in four dimensions, and he designed the most complicated timepiece of the last century—the Türler clock in Zurich. It’s completely unconventional.”

For Hurni—who recalls the early days at Ulysse Nardin when Oechslin played the flute for inspiration in his basement workshop amid stacks of books, drawings, and turning machines—he is a true genius who also taught her how to make spaghetti. In 2012 and beyond, Oechslin’s visions will continue to enrich the Ulysse Nardin lineup, she says, with a promise: “We have so many things in the drawer.”