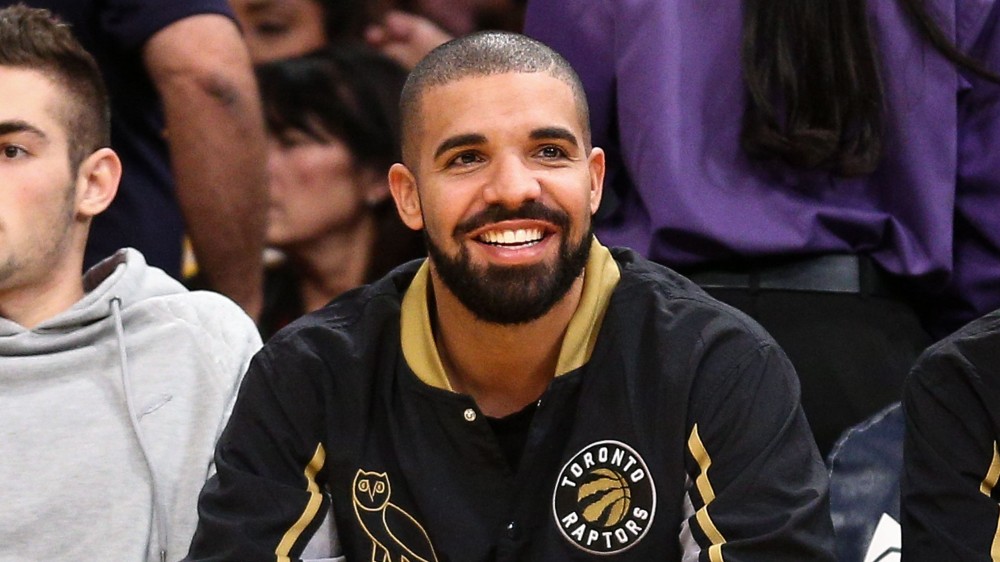 Drake knows how to dress for the occasion. He also knows what time it is. Just look at the watch he rocked while sitting courtside as the Toronto Raptors played the Philadelphia 76ers at Scotiabank Arena on Monday. The diamond-encrusted Patek Philippe Nautilus made clear that, despite whatever ambitions the Sixers may have this season, Drake and his beloved Raptors are still the defending NBA champs.

While it hasn’t been confirmed, the glitzy watch appears to be a custom-made version of the Swiss watchmaker’s Nautilus 5719/10G. The official watch was produced in white gold, but the rapper’s edition is reportedly made of rose gold. Other than that, Drake’s version seems to be an exact match for the exclusive timepiece.

The Nautilus that inspired Drake’s watch is a real beauty. Its dial, case and bracelet feature a total of 1,343 diamonds, including 185 baguette-cut diamonds. The timepiece also boasts a self-winding mechanical movement with date and sweep seconds, a sapphire crystal case back, a double deployment clasp and water resistance up to 394 feet. The 5729/1OG originally retailed for $453,609, but Drake’s custom job is believed to have a market value of about $600,000.

Of course, the Patek Philippe timepiece wasn’t the only piece of over-the-top jewelry that Drake showcased at the game. Just as easy to spot on the rapper’s right hand was his enormous, bespoke 2019 NBA Championship Ring. Although the former Degrassi star was gifted an official championship ring by the team, he commissioned an even bigger one for himself from celebrity jeweler Jason of Beverly Hills. Designed by the rapper, the giant ring features the team’s original cartoon mascot and over 30 carats of diamonds. It’s reported to have cost $150,000—only fitting for the Raptors’ global ambassador.