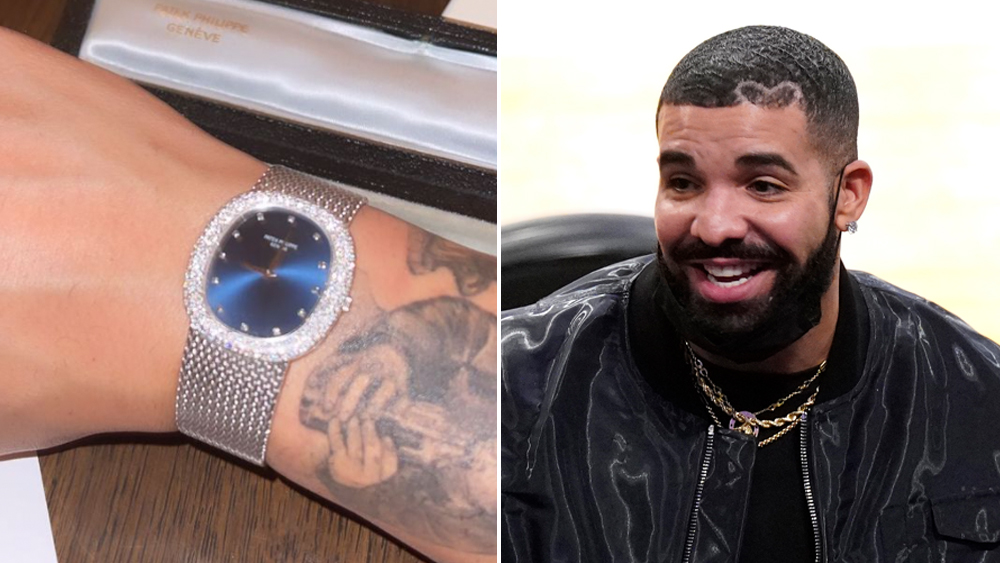 Hip-hop royalty and British royalty are having a moment, thanks to Drake and his love of watches.

Late last week, the Canadian rapper turned to Instagram Stories to show off the latest addition to his enviable collection: a custom Patek Philippe Golden Ellipse. And in case anyone wondered where the inspiration for the diamond-encrusted timepiece came from, he also shared a photo of Elizabeth II wearing a striking familiar piece of glitzy wristwear.

Drake’s latest splurge would seem to be his way of celebrating his latest album, Certified Lover Boy, topping the Billboard charts. And what a way to mark the occasion, because this watch is a doozy, even by Drake’s rather outlandish standards. The photo he shared shows a custom Golden Ellipse with a Blue Gold sunburst dial, like that found on the Ref. 5738P. But that’s where the similarities between the timepieces end. The watch case on Drake’s version is encrusted with diamonds, while the dial’s hour markers are also gems of some sort. The bracelet, meanwhile, appears to be some sort of metal mesh. 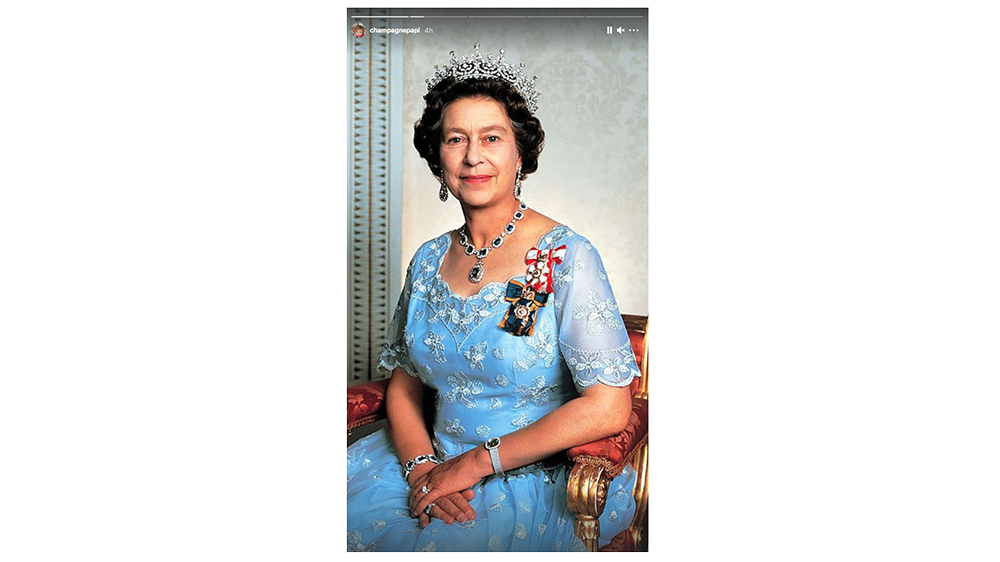 We may not know the full details about the “Way 2 Sexy” rapper’s watch, but we do know that it looks almost identical to the timepiece worn by Queen Elizabeth in the 1984 photo he also shared. Like his watch, the royal’s watch appears to be a diamond-encrusted Ellipse with a blue face and a mesh bracelet. What is it about this particular Patek that caught his attention, though? It could be that, in the photo of Elizabeth II, the Queen is also wearing the regalia of the Order of Canada and the Canadian Order of Military Merit, as some on Twitter have pointed out. Anyone familiar with the former Degrassi star knows he loves his country.

Unfortunately, that’s all we may ever know about the timepiece. Drake hasn’t said or shared anything else about it. A representative from Patek also declined to comment on the watch, citing customer privacy.

This isn’t the first Patek that the emcee has added to his rotation this year. In March, an emerald-encrusted Nautilus, customized by Virgil Abloh himself, could be seen peeking out the sleeve of Drake’s jacket in the video for “What’s Next.” It’s clear Drake doesn’t consider himself a one watchmaker kind of guy, but Patek does seem closer to his heart than most. For now.