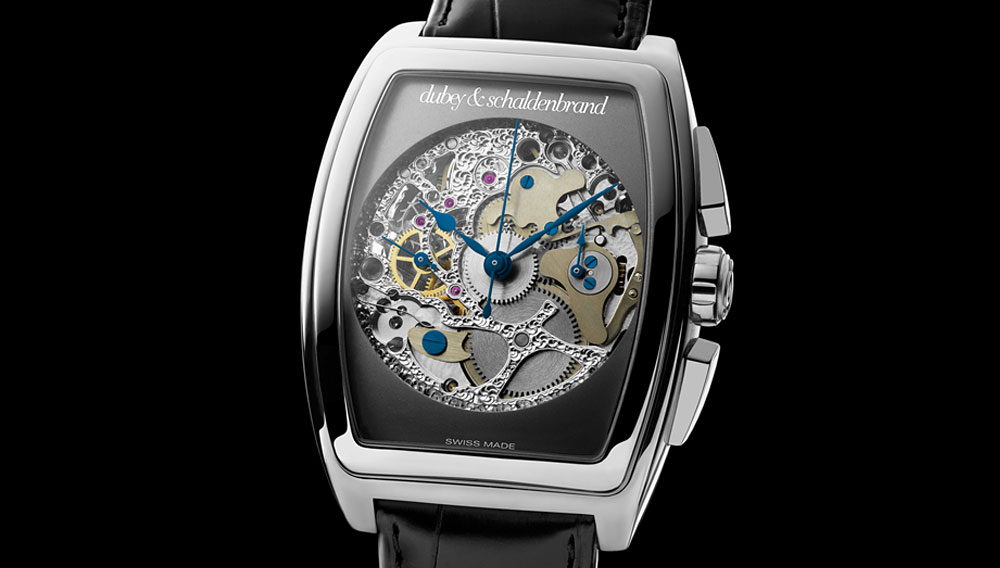 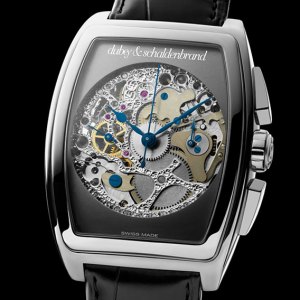 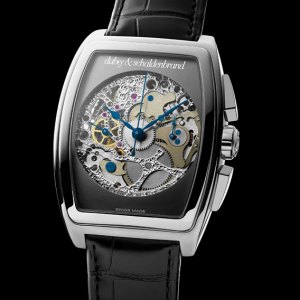 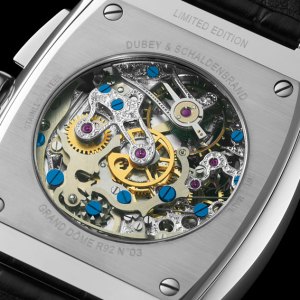 Finely decorated vintage movements attracted a small group of enthusiasts to the tiny watch manufacturer Dubey & Schaldenbrand during the 1990s and early 2000s. Dipping into the hoard she acquired during the quartz crisis, the company’s then owner, Cynette Robert, endowed them with engraving and finishing far finer than most of them had enjoyed during their heyday. Since then, the present owner Jonatan Gil has taken the brand on a much more contemporary design track, mixing some of his modern lines with a touch of the brand’s former style. The Grand Dome R92 ($16,700) is a 16-piece limited edition featuring a Valjoux 92 column-wheel chronograph movement, which was a workhorse during the 1950s. Dubey & Schaldenbrand has skeletonized and decorated many of the plates and wheels but has also left a few parts with a working, or raw, finish as an interesting contrast. The graceful lines of these movements, which were once customarily hidden behind solid casebacks, are now a center-stage feature in the hands of Dubey & Schaldenbrand’s skilled decorators. (781.269.5569, www.dubeywatch.com)