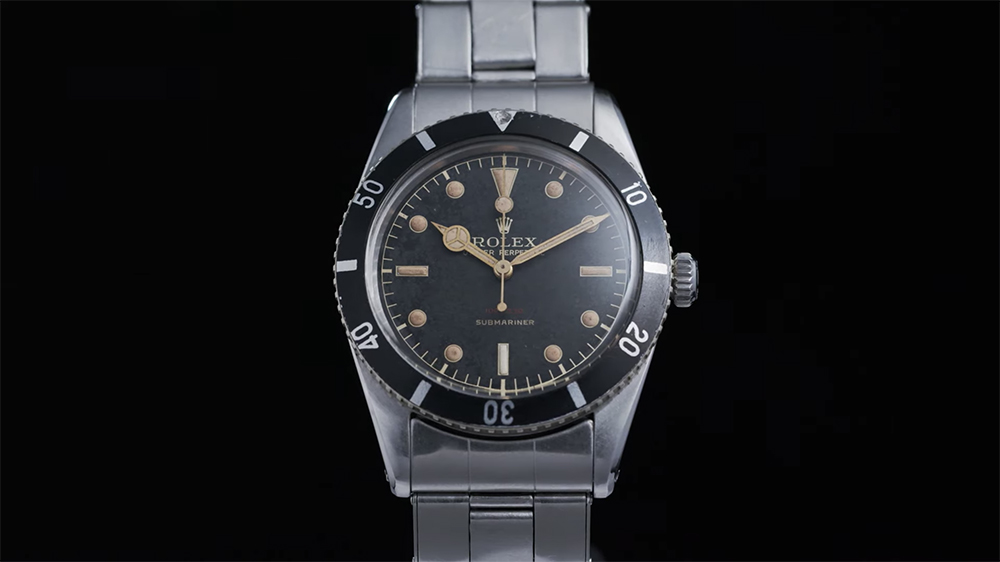 Even a watch as beloved and well-known as the Rolex Submariner didn’t have all the details nailed down from the start. For proof of this, all you need to do is take a look at an early example of the timepiece that’ll hit the auction block this weekend.

The Sub in question, a Ref. 6536/1, dates back to 1955 and will be offered as part of Phillips’s Geneva Watch Auction XVIII this weekend. Although the watch isn’t radically different from the diver that’s become a fixture of so many watch collections, a closer look reveals that with this model, the watchmaker was still experimenting with its now-iconic design.

Ref. 6536/1 was released two years after the Submariner’s 1953 introduction. Rolex may release new iterations at a leisurely pace these days, but back then the two-year period between 1953 and 1955 saw the release of three distinct Submariner references—before this one’s arrival. The 6536/1 would end up sticking around until 1959.

This specific example features a 37mm stainless-steel case topped by a hash-less bezel. Despite being 66 years old, it is in impeccable shape. Its thick lugs and bezel barely show any signs of wear. What’s most impressive, though, is how vibrant the dial and gilt print remain all these decades later. The dial also features a tiny detail rarely seen on other Submariners: a depth rating rendered in red script and without noting meters or feet (it reads “100/330” instead of “100m/330ft”). The only examples of the reference bearing this detail were made in 1955, making it especially desirable among collectors.

“You really see the DNA of the Submariner we know today,” Phillips watch specialist Tiffany To says in a video about the timepiece. “When we go to the Rolex shop, you can see it has the diving bezel, luminous markers, the oyster bracelet, and we take the elements for granted. But when you look at the watch and how it was originally designed in the 1950s, you see the continuity of the design language and it makes you appreciate the timepiece even more.”

This rare, early Submariner will go up for bid this weekend, although you can place advanced bids now through the Phillips website. The auction house expects the watch to sell for between $54,000 and $109,000. If you miss out, don’t worry: there will be plenty of ultra-exclusive Rolexes to choose from at the show.