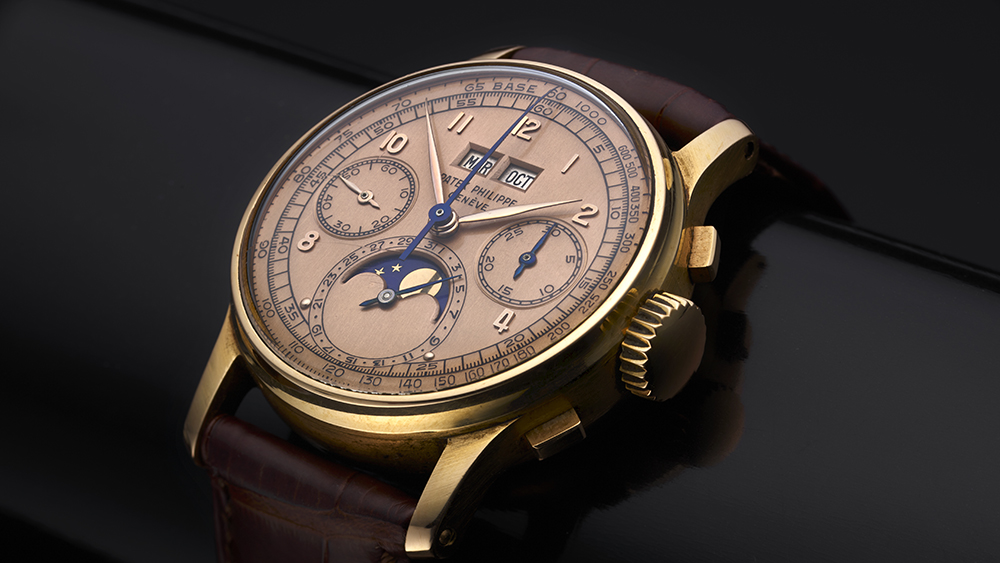 Sotheby’s just announced it’s going to sell not one but two incredibly rare Patek Philippe watches in December—and one of them used to belong to the Egyptian royal family.

On Thursday, the New York-based auction house announced that it will offer a previously unknown Patek Philippe Ref. 1518 and a modern Ref. 5531R in its Important Watches Auction. It’s the first time this 1518 will appear in a public sale. Its previous owner, Prince Tewfik Tousson of Egypt, owned the watch from 1951 until his death earlier this year.

Patek Philippe’s Ref. 1518 was the world’s first perpetual calendar chronograph to reach serial production when it launched in 1941, and only 58 of the existing examples are known to sport pink-gold cases. Of those, it’s believed only 14 feature a pink gold dial like this one. But it’s not just the rarity and provenance that will have collectors vying for the watch. It has also aged remarkably well. According to Sotheby’s, the watch was found in Tewfik’s safe deposit box in “virtually flaw-free condition.” The case was likely never polished and all of its hallmarks remain visible. It’s expected to sell for between $1.2 million and $2.2 million. The watch’s official certificate of origin, dated July 25, 1951, will accompany the sale, along with its original box and operating instructions.

The auction house’s other notable Patek Philippe, the Ref. 5531R, is even rarer. The pink gold world timer and minute repeater is one of just five examples with a cloisonné enamel dial depicting lower Manhattan’s iconic skyline during the day. Released in 2017, the important watch was created for Patek Philippe’s The Art of Watches Grand Exhibition, a 10-day retrospective of the watchmaker’s achievement in design. The artist Anita Porchet decorated 10 such watches, half with a daytime design and half envisioning the Big Apple at night.

Experts believe the Ref. 5531R could sell for between $1 million and $2 million. A public viewing of both examples will take place from October 7 to 12 at the Hong Kong Convention & Exhibition Center. The pieces will then head to New York to be offered in Sotheby’s Important Watches Auction this December. Visit the company’s website for more details.