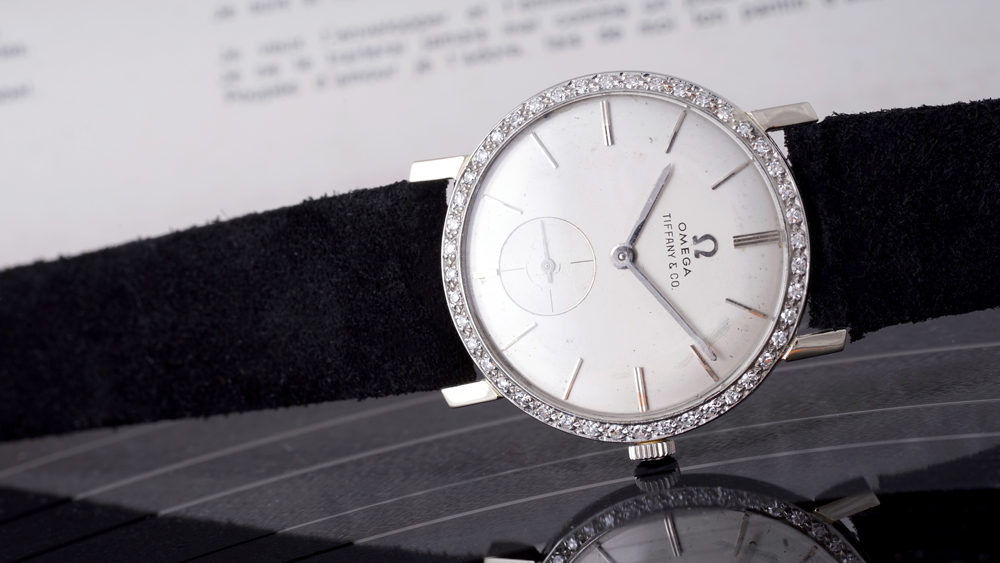 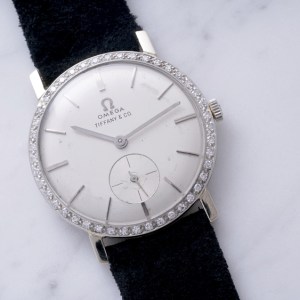 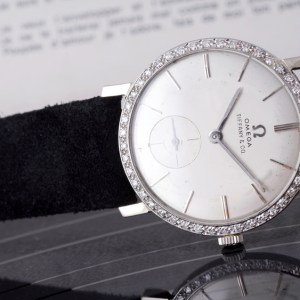 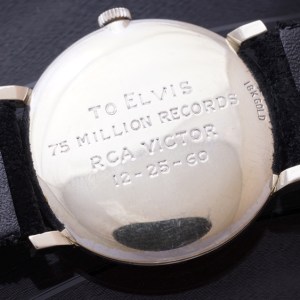 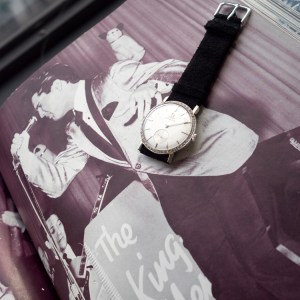 Elvis Presley’s Omega watch, gifted to him by RCA Victor in 1961 for selling a milestone 75 million records, will be up for auction in May at Phillips in Geneva in association with Bacs & Russo. The 18-karat white-gold watch set with 44 diamonds was purchased by the record label through Tiffany & Co. in 1960 and houses Omega’s manually wound Omega caliber 510. An engraving on the back reads, “To Elvis 75 Million Records RCA Victor 12-25-60.”

Christmas day 1960 marked Presley’s record-breaking sales figure, but he wasn’t presented with the watch until a luncheon in February 1961 ,when he performed live for the first time in 2 years after returning from his station in Germany during the Vietnam War. Incredibly, he managed to prerecord albums prior to being drafted in 1958, and RCA slowly released his music over the next 2 years while he was overseas.

“He was given the option to remain in the United States so that he could still tour and do concerts,” said Isabella Proia, associate specialist and cataloguer of watches at Phillips. “But in order to be a ‘man of the people,’ so to speak, and increase his popularity with the older generations, he decided to stay drafted in the regular army.”

That mentality remained with Presley post-Vietnam—he later casually traded his commemorative Omega for a Las Vegas casino patron’s Hamilton Ventura. “Elvis suggested they swap watches, “ said Paul Boutros, head of watches in the Americas and senior vice president at Phillips. “Elvis loved watches and had hundreds of timepieces. This was a normal thing he did.”

The nephew of the recipient of Elvis’s Omega came to Phillips with the watch shortly after the auction house sold Paul Newman’s Rolex Daytona for a record $17.8 million. The starting estimate for the historic Omega timepiece is between 50,000 and 100,000 CHF (approximately $54,000 to $100,700 at current exchange) and will be sold with certificates of authenticity from the Elvis Presley Museum along with the book Elvis by Dave Marsh with photographs of Presley wearing the watch. The sale will take place at the Geneva Watch Auction: Seven by Phillips on May 12 and 13.