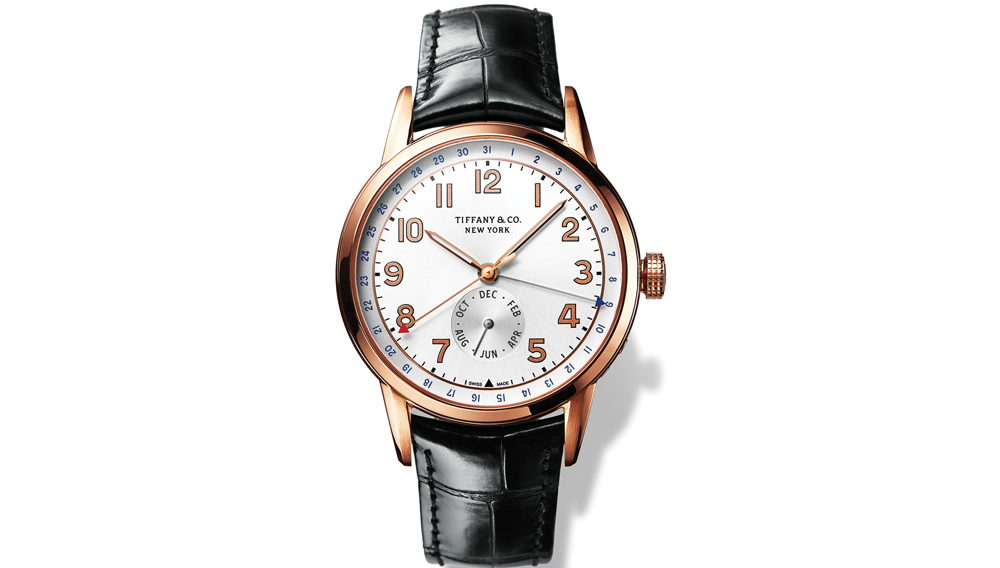 Around two years ago, Nicola ­Andreatta—then the newly appointed vice president and general manager of Tiffany & Co. Swiss Watches—was searching the archives for a design that would help him bring the firm’s watchmaking back to prominence. What he discovered was a vintage Tiffany watch that once belonged to Franklin D. Roosevelt. “When we first saw it, we thought, ‘This was the quintessential American design for a watch,’ ” he says. “At the time, we were working with [the noted watch expert] John Reardon, who told us how amazing the piece was. We got it immediately.” The discovery inspired Andreatta and his team to create the CT60 collection, which is intended to draw a clear distinction between Tiffany’s new, wholly owned watchmaking operations and the rocky horological partnerships of the brand’s past.

Tiffany’s previous watch-manufacturing venture, a licensing deal with the Swatch Group, ended in court—the victim of what Andreatta diplomatically calls “a cultural clash.” While unfortunate, the break somewhat typifies the house’s staccato history with timepieces. Aside from its 164-year-old relationship with Patek Philippe, Tiffany’s watchmaking has been filled with relatively short-lived efforts, such as the state-of-the-art watchmaking facility the company opened in Geneva in 1874 and then sold (to Patek Philippe) just several years later. To fuel its collections, Tiffany has since collaborated with many manufacturers and designers, including IWC, Concord, John Loring, and Jorg Hysek.

Driven by a respected Movado calendar movement, the original Roosevelt watch in some ways served as yet another example of this practice, but its design offered Andreatta and his team a number of interpretive possibilities. To modernize the watch, the designers updated the size and styling of the case, while retaining the original’s subtle use of metal accents and the wartime functionality of its arabic-numeral indices. The user-friendliness of the annual calendar movement on the limited-edition CT60 Calendar watch further attests to the collection’s focus on functionality, though the movement has not strayed far from past models, based—like most other examples in the line—on public-domain ETA (Swatch Group) configurations that are used and modified by other manufacturers. Andreatta plans to add his own development and assembly facilities in the next few years.

Although clearly well versed in the European watchmaking tradition, Andreatta has, with his first collection, embraced a distinctively U.S. style. “To a Swiss, the design might seem overly simple,” he says. “But a lack of pretensions is part of being American—and part of Tiffany’s history. We’re more democratic.”