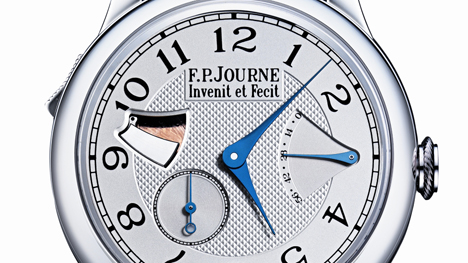 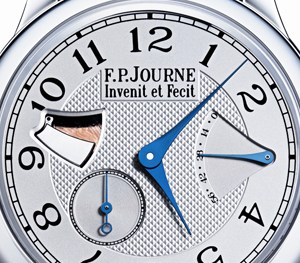 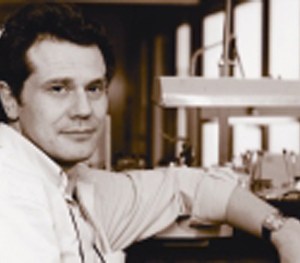 One can hardly blame François-Paul Journe for exhibiting a subtle look of self-satisfaction. In an industry that fairly worships the watchmaking geniuses of the past—like Abraham-Louis Breguet—Journe is perhaps the most prominent luminary in contemporary watchmaking.

F.P. Journe’s physical plant, the only complete manufacture in the heart of Geneva, offers Journe greater control over his watchmaking processes than brands several times his company’s size. Visiting the watchmaker in this beautiful old building, with CNC machines, designers, and technicians populating the lower floor, the atelier and offices on the upper levels, and a magnificent Constantin-Louis Detouche clock in the foyer, one gets the impression that Journe feels comfortable doing things his way.

Journe’s circumstances weren’t always so tidy, however. After graduating from watchmaking school, he honed his reputation working for various companies, first on vintage clocks and watches at his uncle’s Paris atelier, then as a partner at a specialty watchmaking company in the Swiss Jura, contracting for major brands. After a falling out with his partners, he set up shop in Geneva and has not looked back since.

“In my own company, even with collaborators, I am still involved in everything,” he explains. “If you want to interest someone, you have to be innovative, and, again, that’s me. And then you have to be able to manage and control the manufacturing; that is what the others do. My motto is ‘Invenit et Fecit’—invenit [invent it] is me, fecit [make it] is the other people working with me.”

It is important for Journe to control every step of the process, so he has slowly brought as many of the operations as possible in-house. Indeed, Journe’s facilities produce 90 percent of the components necessary to realize the brand’s wristwatches. “When you control the manufacturing, you can control everything,” Journe says. “If I didn’t have the atelier/manufacture, the Sonnerie Souverain would have taken me five more years.”

The celebrated Sonnerie Souveraine and the ultraslim Répétition Minutes Souveraine he unveiled this year are perfect examples of his work—classic in character yet exhaustively and imaginatively refined. Such achievements are the natural result of the process he has created. “As an example,” he says, “I had a problem with a new piece the other day, so I went downstairs to have the piece modified, and it took three days versus waiting six months. I test a piece on Monday—if it doesn’t work, it is redesigned on Tuesday, then on Friday it is made, tested, and in the watch.”

Journe makes around 800 watches a year. “If I try to do more, it will become like an assembly line in a car plant, and I have no interest in doing that,” he says. “My goal is not to make more pieces, it is to make more exceptional pieces. To make two or three very high complications takes a lot of time in engineering. If you want quantities, there are brands for that, but it’s not my brand.”

Next up for Journe is an innovative women’s collection, which he plans to introduce in 2009. “It’s too early to talk about it now, because I have not yet patented the innovation,” he says. “I don’t want to give the idea to anyone else.” Thanks to his manufacture, however, keeping inventions top secret is not an issue. The biggest problem for Journe these days? “I don’t have enough time for all my ideas,” he says with a smile.