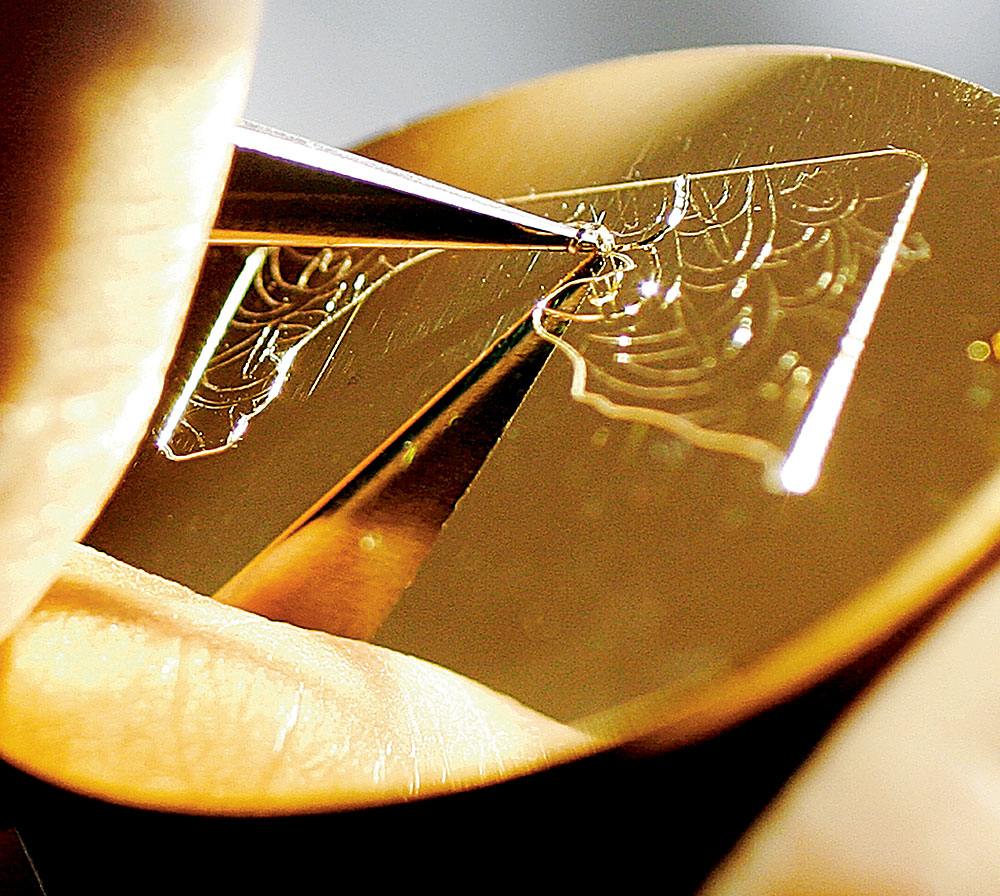 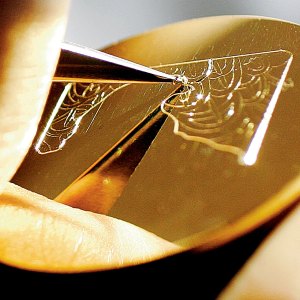 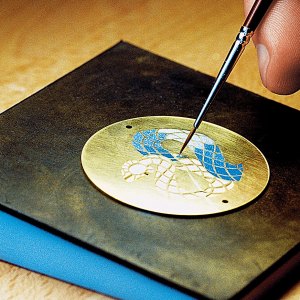 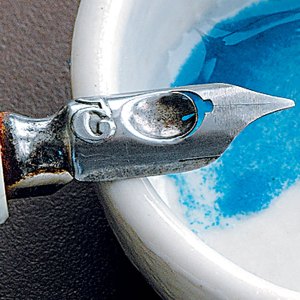 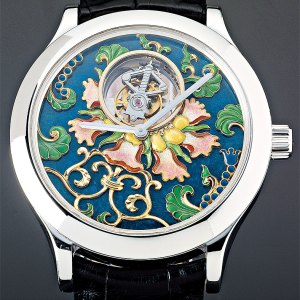 In watchmaking history, the mid-17th century is known as the Age of Decoration, a period when artisans transformed early pendant and pocket watches into colorful objets d’art that perhaps were valued more for their beauty than for their functionality, which was unreliable at best.

During this era, decorative enameling flourished when a number of French Protestant artists who specialized in miniature enamel painting left their homeland to escape religious persecution and resettled in Geneva. There, they applied their painting techniques to watches and thus helped establish the city as the center of fine watchmaking. Around 1730, they invented the Geneva technique of miniature painting, which entails coating the tiny masterpieces with 10 to 15 layers of fondant. This transparent enamel preserves and protects the paintings—if they survive multiple firings in a 1,600-degrees-Fahrenheit furnace, that is.

Only a few artists still practice the extremely laborious and expensive Geneva technique, producing specialty pieces for Delaneau, Patek Philippe, and Vacheron Constantin. In recent years, however, Swiss watchmakers have been sponsoring a renaissance in other métiers d’art, including miniature enamel painting, champlevé and cloisonné enameling, marquetry, engraving, and, of course, gem setting. The designs emerging from this new age of decoration may be modern, but the techniques employed to produce them have changed little over the centuries.

The Cashmere’s floral motif could be considered classical, but the method used to produce it represents a novel advance in the age-old enameling technique of champlevé. The practice involves engraving metal and filling the cavities with translucent enamel made of powdered glass that is colored with metal oxides. After applying each color, the artist must fire the piece in a high-temperature furnace to melt the enamel and fuse it to the metal.

Paris jewelry house Van Cleef & Arpels presented its Midnight collection of tourbillon watches with elaborate enamel dials last spring in Geneva. The Cashmere timepiece was among the first four limited-edition designs in what will be an ongoing series.

Van Cleef & Arpels challenged Geneva artist Olivier Vaucher to devise a new enameling method to distinguish the Cashmere. “The concept essentially was to put together two dials, one on top of the other, to create a final three-dimensional rendering,” explains Louis de Meckenheim, who manages the development of the brand’s watch collection. Vaucher sculpted a gold grille piece that is enameled on two levels using the champlevé method. The grille is then layered over an enameled base dial to create several levels of enamel and produce a three-dimensional effect. Taking the Cashmere from concept to completion took two years.

“It is the duty of a high-jewelry house such as Van Cleef & Arpels to maintain traditional watchmaking métiers such as enamel,” says de Meckenheim, “but we must develop and create new techniques as well.”

— Limited to four pieces, each with different colorations, with or without diamond-set bezels

Chopard Leopard Minute RepeaterMarquetry is the art of inlaying different shapes and cuts of wood, shell, ivory, or stone to compose a design on a surface; it is similar to mosaic. Dating to the Egyptians, marquetry has decorated furniture, accessories, and objets d’art through the ages, but rarely does it adorn watches.

Chopard recently commissioned Jérôme Boutteçon—a French artist who works in La Chaux-de-Fonds, Switzerland—to create a series of extremely intricate wood marquetry dials that look like paintings. Years earlier, Boutteçon had fashioned a macassar ebony box fitted with a Davidoff humidor and embellished with a marquetry leopard image, so he proposed crafting a watch dial that would match the box.

Boutteçon spent a month fashioning each Leopard dial, which comprises 280 tiny pieces of wood from 12 different species of trees. The dial is paired with one of watchmaking’s most intricate complications, a minute repeater that chimes the hours, quarters, and minutes when you push the slide on the side of the case.

“We chose the minute repeater because the movement needed to be top of the art, too,” explains Jean-Frédéric Dufour, Chopard’s product manager. “But we made it square because we did not want it to be too classical. Marquetry is one of the oldest traditional arts, yet we combined it with a modern design.”

— Limited edition of four pieces: two in rose gold and two in white gold, with and without diamond-set bezels

Louis Cartier became interested in enameling during a visit to Russia in the late 19th century, when Peter Carl Fabergé was practicing the art. Soon after, the Parisian jeweler began commissioning enamel accessories and art objects from Russian workshops. One piece, an egg that was presented by the city of Paris to Czar Nicholas II, now belongs to the Metropolitan Museum of New York.

Cartier’s long history with the arts of enamel and marquetry gained a new chapter this year with the introduction of the Cartier d’Art collection of limited-edition timepieces. The watches are embellished with champlevé and cloisonné enamel, stone and wood marquetry, engraving, and, of course, jeweling; some of the watches unite combinations of these métiers.

Each year, the jewelry house will introduce a new themed collection that will be sold only at Cartier boutiques. The designs of this year’s four models display Russian and Chinese influences. The Santos 100 depicts a dragon with black, red, and beige champlevé enamel on the dial, the edges, and the bottom of the watch. An enamel artist labors for more than 40 hours to create each piece, which undergoes 13 firings in a 1,550-degrees-Fahrenheit oven.

Severin Wunderman, owner of Montres Corum, is an avid collector of eclectic art who admires the passion of a fellow enthusiast—from 18th-century France—Madame de Pompadour, King Louis XV’s mistress. “Instead of refraining from collecting, as advised,” he says, “she merely bought more residences in which to house her treasures. After her demise, it took two years to dispose of all of her collections.” Wunderman acquired a few pieces that once belonged to Madame, including a painting by the French artist François Boucher (1703–1770) titled La Muse Érotique.

For its Artisan Collection, which includes handpainted and stone marquetry dials, Corum recently commissioned reproductions of several artworks, including the Boucher painting, on mother-of-pearl watch dials. Artists, working under the direction of renowned specialist André Martinez in his Le Locle, Switzerland, atelier, duplicated the images under microscopes and fired the dials in small ovens to set each layer of color. Miniature painting on mother-of-pearl is similar to miniature enamel painting, except that the artist uses acrylic-based pigments and lower-temperature firings (212 degrees Fahrenheit, to avoid damaging the delicate shell).

Harry Winston, a brand long esteemed for its jeweling, has added enameling to its repertoire with the Avenue Exotic Birds collection. Created to mark this year’s opening of Harry Winston’s first Chinese salon, in Beijing, Avenue Exotic Birds is the product of a partnership between the jewelry house and Geneva enamel specialist Aurèle Bourquin. The line is limited to five pieces in each of the four abstract, asymmetrical designs evoking the plumage of exotic birds. The watches are available in sets or individually and are sold at only a few of the Harry Winston salons.

Combining champlevé enamel and gems on the same surface was the greatest technical challenge for Bourquin. Typically, an enamel dial is surrounded by a gemstone-set bezel, but the stones are rarely part of the enamel composition. The subtle shades of the natural-color sapphires determined the color schemes of each design. Once the sapphires had been selected, Bourquin had to match perfectly the enamel pigments with the colors of the gems, a time-consuming process that for each watch required as long as six months to complete.

— Limited to five pieces in each of the four different motifs