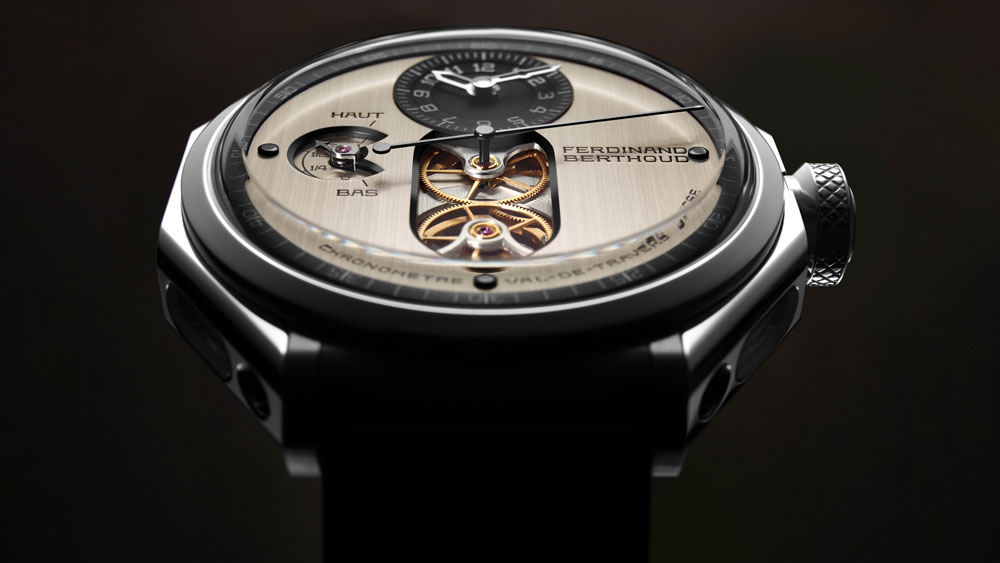 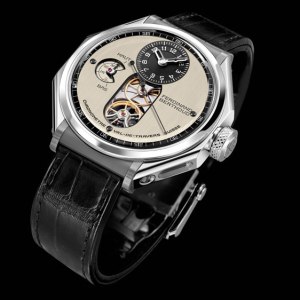 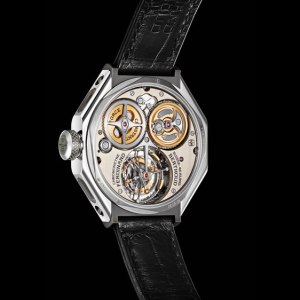 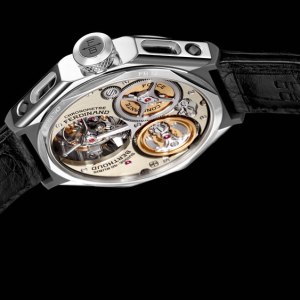 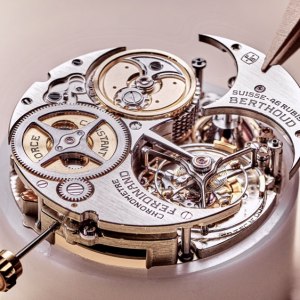 The modern manufacture flying under the name Ferdinand Berthoud has only been around since 2015 (their first watch having come to market a year later), launched as a sister-brand to Chopard under the guidance of co-president Karl-Friedrich Scheufele. Scheufele gave the company a clear mission; Berthoud has operated from day one with the goal of creating modern masterpieces that pay tribute to the 18th century marine clockmaker.

After the impressive success of the Chronomètre FB 1.1, including its triumphant win at the Grand Prix D’Horlogerie de Genève in 2016, a new version has been presented for those who missed out on its initial release.

The updates to the piece are entirely visual for the 1.3, including a platinum case and satin brushed nickel silver dial. The white minute track and time subdial on the original version now appear in a rich black lacquer, with matching black hands indicating running seconds and power reserve. This simple color shift gives the piece an interesting sporting feel that’s we wouldn’t have expected from the brand, and we can’t help but let it remind us of the “panda dial” Zenith El Primero we reviewed earlier this year.

Beating at the heart of the FB 1.3 is the impressive Calibre FB-T.FC; a complex hand-winding mechanism that features a fusée chain constant escapement device constrained by a Maltese Cross stopwork that ensures the caliber is only able to be wound to its optimum tension. In engineering this caliber, one of the biggest challenges to overcome was the potential case thickness required to house the fusée chain. This component on its own is comprised of nearly 800 parts. The chain is a remarkable 28 centimeters long, yet the caliber itself has been masterfully trimmed to a thickness of 7.96 milimeters.

The new Ferdinand Berthoud Chronomètre FB 1.3 will be limited to 50-pieces worldwide available through select retailers, priced at $260,400.